Miles Heizer Tells Us About the 'Gap Logo Remix' Project 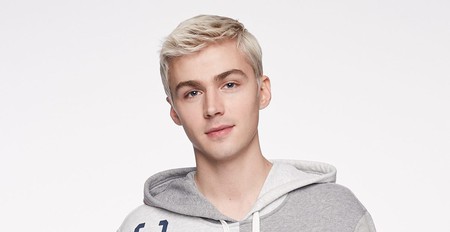 As Gap announce the launch of their ‘Archive Reissue – Logo Remix’ collection, we speak to one of the pioneering creatives selected by the global clothing brand to spearhead the new range.

Approaching its 50th anniversary, the evolution of the fashion icon Gap is to be marked by a collection that includes signature styles of their famous sweatshirts, T-shirts and rugby tops, all of which feature versions of the logo through the ages.

Miles Heizer, star of the Netflix drama 13 Reasons Why (2017), has been selected as one of the global cast of ‘remixers’ and also stars in the film above with other well-known faces. We caught up with Miles to find out more about the project.

‘It’s a campaign about remixing your personal style, something Gap is doing really well because it is such a classic. They actually reached out to me and I couldn’t believe it! I grew up wearing the clothes and finding out about some of the other people who are involved, I couldn’t resist,’ Heizer told us recently.

‘I’d just seen The Florida Project (2017) and thought how great Bria [Vinaite] was in that, then randomly we are in a Gap commercial together!’

We wondered if Miles could remix anything at all in the world, what would it be?

‘I’d love to remix people’s views on abusing their power. That is very pertinent right now…’ 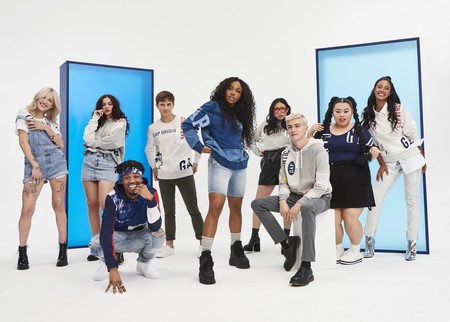 Gap Logo Remix features a global cast of talent who are remixing creative culture on their own terms, whether that be through music, acting, comedy, activism or being a strong, self-expressive voice in today’s society. We asked Miles what it was like meeting some of the people he would be working alongside and the influence that music has had on his life.

‘I was so excited and a little intimidated about meeting and working with Metro Boomin and SZA. They were so cool and nice and humble that is was exciting for me to be around these people that I admire. Music is something that I’m doing on a lower level; it’s my favourite thing to do and my favourite pastime. It’s fun and creative and specific to you,’ Heizer added. ‘I’m into electronic music and some R’n’B too. One of my favourite musicians is Tweet, who had a few songs out when I was younger but then disappeared for a while. She’s got more stuff out now though.’ 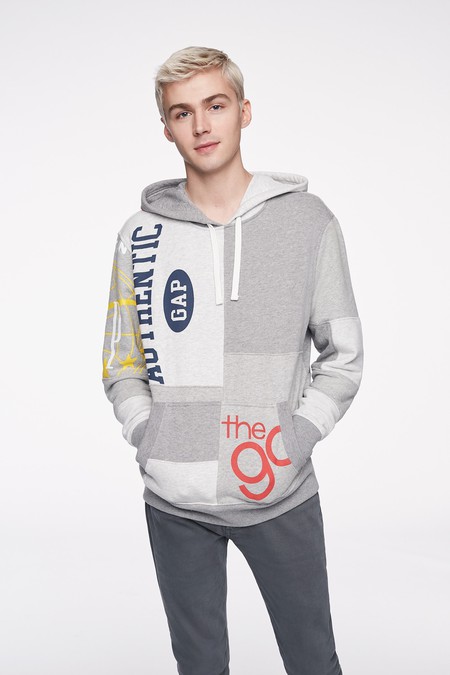 When asked about who are the most notable cultural remixers of the last few years, Miles names two very different musicians.

‘For me the biggest remixers of culture have been people like Rihanna. I’m so curious about what she is going to do next with her style… and also Miley Cyrus! She has done a great job of remixing her style every time.’

Miles won plaudits for his portrayal of Alex Standall in the controversial drama 13 Reasons Why. We asked the actor if he predicted the impact the show would have on the general public?

‘You know, I thought that it would have an impact. The things we were dealing with haven’t really been dealt with on teen television. It’s cool that Netflix really gives you the freedom to do that and let teenagers be teenagers. You rarely see it, but it is a reality. I was honoured to get to be a part of that. I hope we did it well and have a positive impact. I think that dealing with teen suicides and mental health issues in the show has opened up the conversation. It was not something we normally talk about, but ended up being really beneficial. It gave that to people and the whole show is about mental health.

‘It’s so cool that I get to be a part of shows like this and do films too. My new movie [Love, Simon] is one of the first mainstream studio projects that is talking about sexuality in a high school setting. It’s a fun movie and has a lot of heart too. It has a great message.’

Finally, we asked Miles about his favourite logo from the brand’s illustrious past and how he would describe Gap in three words.

‘The new era Gap logo is probably my favourite. The top I get to wear is really cool in this campaign. If I was to describe Gap in three words, then it would be “Classic. Cool. Remixed.” ’

The Gap ‘Archive Reissue – Logo Remix’ collection will be available online from 29 January, 2018 and in stores from 5 February, 2018.