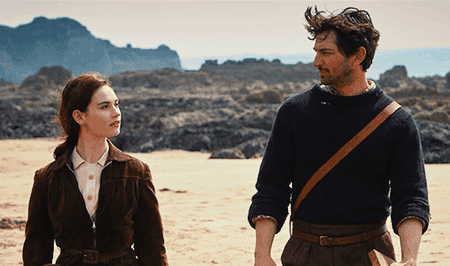 Now that the likes of James McAvoy and Ryan Gosling are tied up with action franchises and more serious roles, Hollywood is in need of a new romantic male lead. Step up, Game of Thrones star Michiel Huisman.

The actor seems to have become the go-to heartthrob of late after appearing in The Age of Adaline, Irreplaceable You and now The Guernsey Literary and Potato Peel Pie Society.

All the essential elements are in check – dashing good looks, impeccable British accent (although he’s actually Dutch) and the ability to brood intensely and communicate a deep interior world with nothing more than a fleeting glance. 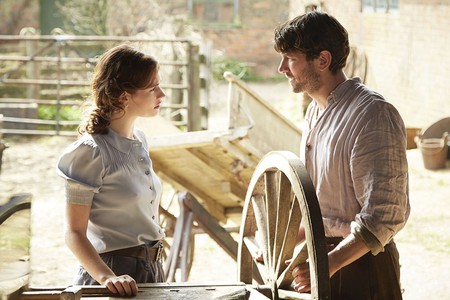 A book club draws the pair together | © Lionsgate

The star’s breakout role came in HBO’s Game of Thrones when he replaced Ed Skrein as Daario Naharis, Daenerys Targaryen’s lover. Surely those are the only credentials you need. If you can seduce the Mother of Dragons, you’ve obviously got what it takes to woo anyone.

The new historical drama is set in the aftermath of World War II. His character Dawsey Adams is a farmer with a heart of gold, as good with animals and children as he is awkward with women. He belongs to a book club with the rather unusual name of The Guernsey Literary and Potato Peel Pie Society. It attracts the interest of a writer, Juliet Ashton (Lily James), who decides to pay them a visit. Cue the unravelling of secrets and love triangles.

‘He’s a really great guy,’ Huisman says as he sips tea on a huge sofa in a London hotel room. ‘He has his heart in the right place. He’s quite a shy man. He’s lived a life of relative isolation. He’s the kind of guy who accepts the blows that life has dealt him. But when he finally meets Juliet, he comes to a point where he needs to take matters into his own hands otherwise he’s going to lose her.’ 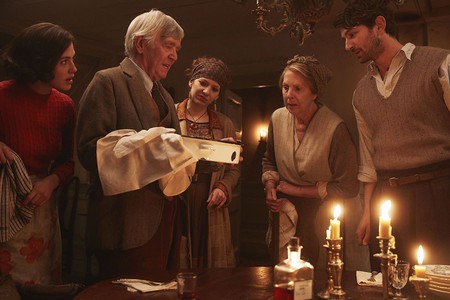 The film is directed by Mike Newell, he of Four Weddings and a Funeral fame, and the movie is similarly populated by a delightful array of eccentric characters. It’s a sweeping romance where the reverberations of the war are still keenly felt and an involving tale about the plucky British spirit of survival, one which gently warms your heart at a steady simmer throughout.

Downton Abbey star James gives a winning performance as free-spirited Juliet while Huisman acts as the perfect foil as a man ready to sacrifice his own needs for other people.

Not that he’s in any danger of being typecast. He’s made sure to mix things up on his CV with acclaimed TV dramas (Treme, from the team behind The Wire, Orphan Black and Nashville), independent films (The Invitation) and big blockbusters (World War Z). 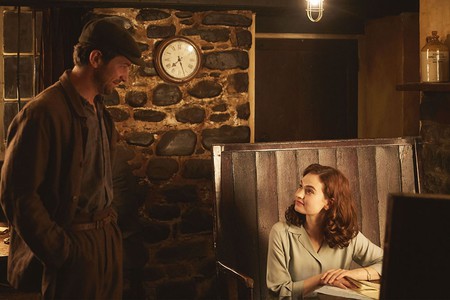 We caught up with the actor to talk about the new film and see if he would reveal some Game of Thrones gossip.

Culture Trip: Were you a natural with the animals?

Michiel Huisman: My character is. For the duration of the shoot I told myself that I have those qualities that my character has. Whether he’s a dancer, a musician, a pig farmer… I definitely wasn’t going to show that I wasn’t especially when we were shooting those scenes with the animals.

The pigs, even though they were movie pigs, weren’t always on the same page as me so it was quite funny sometimes. Mike Newell would get a little frustrated because the pigs don’t always do what you want. [Puts on posh English voice] ‘Come on, Michiel. Just pick it up!’ ‘Mike, it’s a pig! It doesn’t want to be picked up.’ [Laughs] It was fun.

CT: What was it like to work with Lily?

MH: She’s a really talented actress that really gives and doesn’t hold back. But also a great colleague and just a fun person to spend time with.

CT: Why should we go watch this film?

MH: It’s just a really sweet story. At its core, it’s very romantic drama. I like that it’s a homage to the power of literature. It’s certainly inspired me to take more time for books. I’ve realised for the last couple of years I was mainly reading stuff that was work related. Then in the evening watching movies or catching up on TV shows. I forgot how much I enjoy reading books.

CT: What book changed your life?

MH: I remember reading the The Fountainhead when I was in my early 20s. That was a very inspiring story. I’m reading My Brilliant Friend at the moment by Elena Ferrante. I’m really enjoying that. Last year, I read Swing Time. Fantastic book. Our daughter is 10 so with her I also get to re-read some of my favourite children’s books.

CT: The film is all about letter writing. When was the last time you wrote a love letter?

MH: My wife and I recently had our 10 year wedding anniversary. We’ve been together for 13 years. We weren’t together on the day. Of course. Story of our lives. I was shooting in Atlanta and she was at home in New York. I wrote her a letter, took a picture of it and sent her a picture of the letter. I thought it was going to be so much nicer to have a handwritten note as opposed to an email or a text message. Later that day we had a Skype dinner. I had a bottle of champagne delivered to our house. Both ends of the line we had champagne.

CT: OK, here come the Game of Thrones questions. Is Daario Naharis going to be in season 8?

MH: I don’t want to spoil anything. You’ll just have to wait and see but it’s going to be really tricky because the story is coming to an end. It’s becoming smaller and smaller to reach the finale. For now we have to assume that Daario is taking care of Meereen but I don’t know if we’re going back to Meereen. I hope not. I hope Daenerys makes it to the throne.

CT: What do you think he would have made of Jon Snow and Daenerys Targaryen getting together?

MH: I think that deep down he knew that his destiny was not going to be by her side. He’s a man who climbed up from the proverbial gutter, so to speak, and knows that if she wants to be queen she’s going to make alliances. But he was not expecting this shitty job.

The Guernsey Literary and Potato Peel Pie Society is out in UK cinemas on April 20.