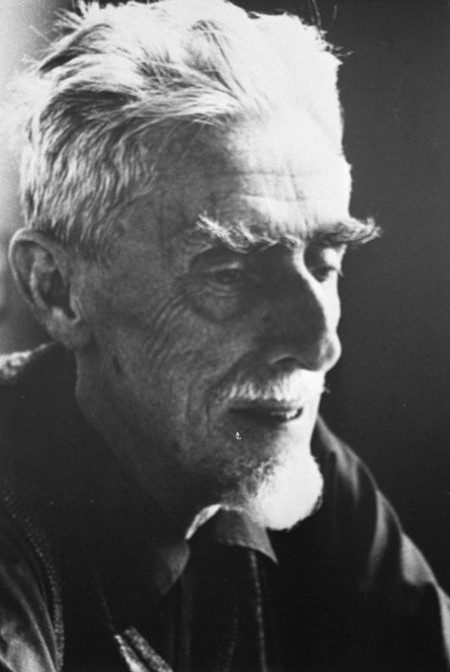 Intricate and hypnotising, the work of M.C. Escher is one of the most visually tantalising examples of graphic art in the 20th century. Inspired by the paintings of Hieronymous Bosch, and other fellow Dutch artists, Escher’s imagery transmutes the ordinary into the visionary; emphasising aspects such as space and perspective and creating a technically outstanding level of illusionary drawings and prints. Explore the life and work of M.C. Escher:

Escher began creating prints in the form of linocuts made out of linoleum, as well as etchings, from a young age and went on to study architecture at University in Haarlem, Netherlands. However, an influential tutor advised him to switch to study printmaking, where his natural gift and interests lay. This is where he successfully developed a unique and intricate style, which would continue to grow and mutate for the duration of his life. During his early years Escher travelled to Italy and then through Spain, which with its heritage of Moorish architecture, like that of the Alhambra in Granada, inspired a fascination for repetitive patterns and geometric shapes, which he would document through realistic drawings. These new discoveries would be influential throughout his work and it was during this time that Escher created his first few examples of his famously recurrent use of double imagery. 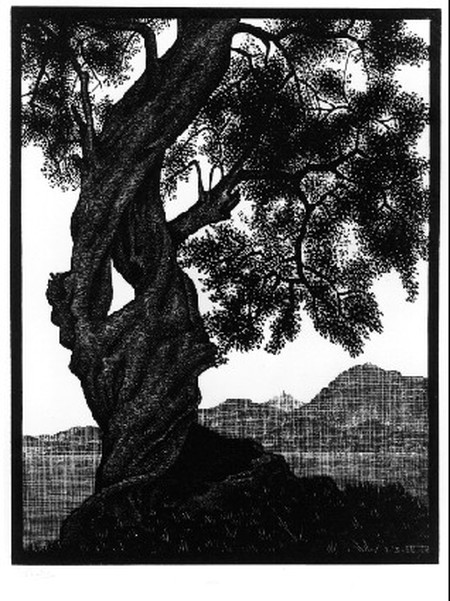 Shortly after this, M.C. Escher married Jetta Umiker, before they immigrated to Rome in 1924. Once there, he worked throughout this epoch on depictions of Italian architecture, scenery and townscapes, centring on elements including structure and space, as well as experimenting with varying vantage points and perspectives. Most of his prints were made from woodcuts, made by carving out a block of wood to create a negative space — like a seal or stamp — a medium which was originally associated with book illustrations. These images are perfectly detailed and executed with bold marks making traits which would continue through his prints, lending them a professionalism and poster-like quality; some early works even reminiscent of soviet advertisement. Many of his prints would later on become posters synonymous with psychedelic movements and famous for appearing in university dorms throughout the world, due to their geometric and eccentric nature. Even The Rolling Stones wanted a piece of the action, although their request for a commissioned album cover was notably turned down. 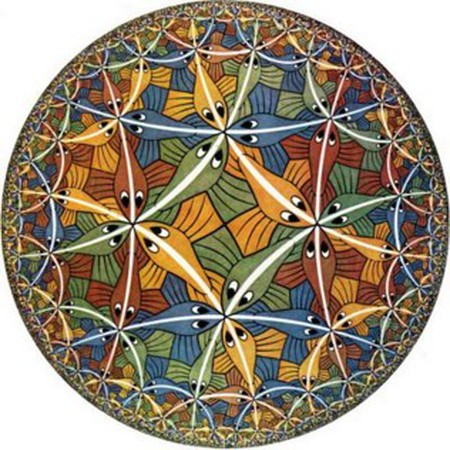 The 1930s: Working From Memory

Escher and his family left Italy due to the start of fascism, as well as having two young sons who both suffered with health problems. They first moved to Switzerland, before settling in Belgium. Lacking the inspiring picturesque landscapes of Italy, Escher began to focus on creating work from memory, where these concoctions became diffused dimensions, half-dream half-reality. They seemed real, as they were visibly invented, juxtaposed, often dominating the aesthetic and themes of his works, which remained a clever and dynamic balance – neither one dominating the other. Although Escher’s work is undeniably surreal and at times reminiscent of the painting Salvador Dali, Escher himself had no contact with the surrealist movement, or in fact any other movements of the time. Escher’s mathematically-calculated wood cuts, as well as his other etchings and carvings, encapsulate his own unique style and greatness, reflecting his single-minded desire for perfection and artistic isolation, not to mention his nonchalant attitude towards the social and cultural changes of the early 20th century. 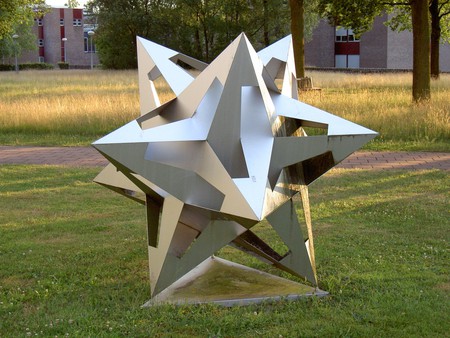 The 1940s: A New Dimension of Imagery

Living a peripatetic life due to the war, Escher and his family moved to live closer to his parents in Amsterdam, finding it a struggle to create work during this time. However, soon after, he focused on more dimensional aspects of imagery, and continued to incorporate the repetitive pictures. Most famously, it was throughout this time that Escher began to create artwork that went from being one-dimensional to three-dimensional, as well as various transitory pieces like ‘Metamorphosis’. This piece depicts a bizarre sequence of shapes and animals all transfigured into one another, on a long stretch of horizontal paper; starting from a complex three-dimensional architectural sketch to one-dimensional simplistic stamp-like prints of a fish, looking almost childish in comparison. He also developed an intoxicating fascination with reflective surfaces; water, glass and mirrors – as well as his infamous metallic eye ball — which often appear in his work, adding further abstraction of perception and space. 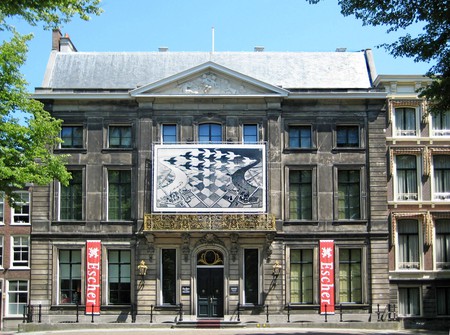 Escher’s work at The Hague | © Escher in het Paleis / WikiCommons

It wasn’t until this decade that M.C. Escher’s work began to be widely recognised around the world, with some of his works becoming part of the most well-known images of our time: flamboyant and beautiful, a combination of worlds, themes and playful illusions. Escher’s work is reminiscent of Moorish architecture, Italian landscapes and the psychedelic 1960s, completely unlimited by reality, or rather a reworking of our perceptions of what is real. He would go on to work alongside well-known mathematicians in order to create some of his iconic final work, culminating in outstanding intricacy and proof of life-long perfectionism, like that seen in one of his final pieces ‘Snakes’.

M.C. Escher’s mesmerising work went on to impact the world of graphic and fine art, by widening the perimeters between the perceptions of what each form of art meant and creating room for a unique dialogue between the woodcut medium, fine art and illustration.

An exhibition on M.C. Escher’s work is currently on display in South London at the Dulwich Picture Gallery, until the 17 January 2016.