Memorable Film and TV Dogs That Drove Us Barking Mad

Alongside iconic cars and jaw-dropping outfits, screen dogs are a staple of films and TV shows. With the Chinese year of the dog upon us, we celebrate some unforgettable canines and the scenes that made them famous.

We’ll start with everyone’s favourite Internet boyfriend. Tom Hardy has appeared on screen with some cute pooches, and is rarely seen without his own pet off camera. In the movies, he was featured cradling a puppy in The Drop (2015) and playing with a four-legged friend in British drama Legend (2015). The images of Hardy and his co-star Noomi Rapace cooing over the pit bull named Zora spread around the online film community long before the film itself was released. If there was a disappointment in the end, it was that the puppy wasn’t featured even more in the movie.

Hardy has appeared with his own dog on TV, narrating children’s stories for the BBC’s Jackanory series. It was with great sadness that fans remembered the bond the actor shared with his labrador Woody when the dog died last year after filming had completed on show.

In I Am Legend (2007), Will Smith wonders a post-apocalyptic landscape with only his pet German Shepherd for company. Played by two different dogs, the character of Sam is pivotal in keeping our hero safe… and sane. The way Smith’s lonely Neville interacts with Sam is what keeps this otherwise ponderous movie watchable.

Onto Marley & Me (2008), which starts off as a pretty conventional romantic-comedy, with two attractive stars bonding over an incredibly cute puppy. The film could have ended with Owen Wilson and Jennifer Aniston living happily ever after, but as we venture into the couple’s married life and see their growing family take shape, we realise that the puppy, Marley, is growing older too. It hits you hard knowing that not everyone will make it to the end credits, the the jovial tone of the opening is quickly replaced by a sense of sadness. 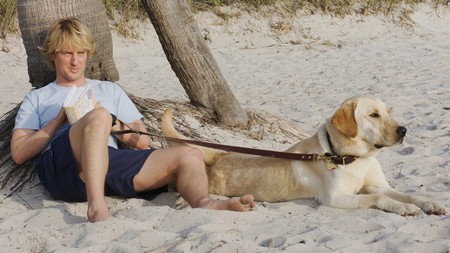 Old Yeller (1957) and Cujo (1983) are two very different films about canines that most modern audiences will know primarily as punchlines in the comedy series Friends. In ‘The One Where Old Yeller Dies’resident kook Phoebe is staggered to learn that a childhood favourite of hers actually doesn’t end on the happy note that she previously thought. In reality, Phoebe had seen only half the movie, as her mother turned it off before it reached its sad conclusion.

In a later episode, Rachel ends up watching Cujo on her own. The demented dog terrifies her, and she needs comforting from her room mate Joey, who has developed an unfortunate crush on his friend, making for an awkward, yet surprisingly tender moment.

When thinking of movie dogs, the first one most people will think of is the huge St Bernard’s that stars in Beethoven (1992). The numerous sequels that followed the original, all worse than the previous instalment, led many to believe that the producers were just churning out the films to get to the pun-tastic ninth instalment… 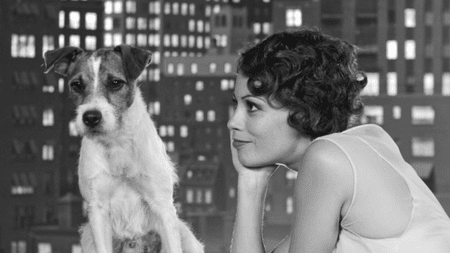 The cultural counter-point to trashy kids-orientated films like Beethoven is high art, epitomised in the Oscar-winning movie The Artist (2011). The silent black-and-white drama about the age of sound across Hollywood won plenty of fans in no small part due to the involvement of scene-stealer Uggie (the dog in the film, in case you were wondering). 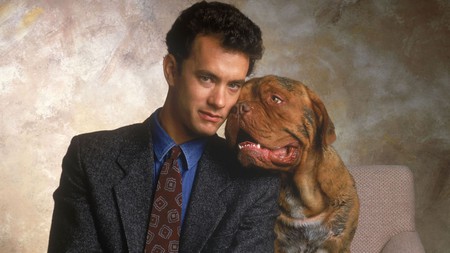 In Hollywood, 1989 proved to be the year of the dog. To be even more specific, the final year of the decade saw a bizarre sub-section emerge in the buddy/cop genre with Turner & Hooch and K-9 pairing reluctant officers with crime-fighting dogs. Surprisingly, this type of film didn’t really last all that long, but did eventually make a comeback of sorts with John Wick (2014).

Keanu Reeves took the character of Wick, a man reluctant to return to his old, violent ways, and put on a masterclass of quiet revenge-fuelled rage. The catalyst for all the mayhem in the first place? Let’s put it this way: ‘They messed with the wrong dog.’ 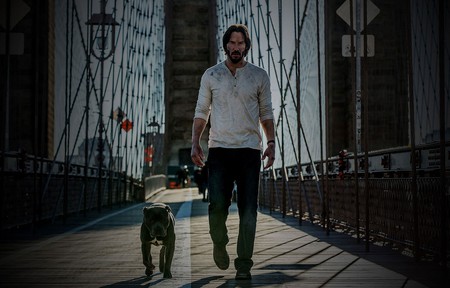 On TV, we’ve seen a number of memorable dogs from the recent re-imagining of The Hounds of the Baskerville in Sherlock to the lo-fi antics of Doctor Who’sleast reliable companion K9. The best, though, and by quite some margin, was Diefenbaker, an improbably named part dog, part wolf, that served Royal Canadian Mounted Police (RCMP) constable Brenton Fraser in lighthearted crime serial Due South. There was a point in our school years that everyone in the playground was willing to swap anything and everything for a Diefenbaker Panini sticker.

One of our favourite moments of cinematic canine antics comes from the opening sequence of Ridley Scott’s Oscar-winning epic Gladiator (2000).The film is best known for its later scenes featuring the opulence and decadence of ancient Rome, but the film opens with Maximus (Russell Crowe) unleashing hell with the help of his trusted War Dog. In reality, it would have been a wolf that stood beside a commander of Maximus’ status, but anti-rabies laws in the UK at the time of filming prevent the use of such a creature.

Although not given a name in the script, the director’s commentary reveals that planned scenes to kill off the animal when his master is betrayed and left for dead were shelved because they might have been too depressing for the audience. So just the brutal murder of the main character’s wife and child to deal with, then… 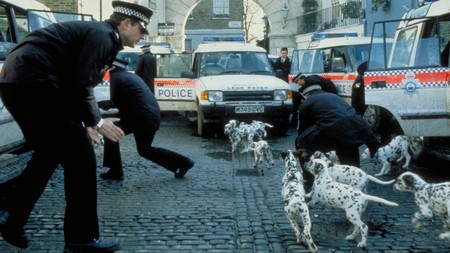 Be it the live-action version or the earlier animated film, 101 Dalmatians (1996/1961) sits alongside the all-time classic Lady and the Tramp (1955) as a prime example of how dogs are seen by many for the first time on screen through the prism of Disney.

On the other end of the animated spectrum we have Tim Burton’s Frankenweenie (2012), a typically nightmarish stop-motion effort from the director that follows a recently deceased creature being brought back to life. The film opened the London Film Festival prior to its release, and won rave reviews.

White God (2014) is one of the most original films of recent years. The film pits dogs against humans, but not in the typical fashion. There is an unnerving force at play, one that causes an abandoned dog to raise a canine army in search of revenge. This Hungarian movie is fascinatingly crafted, depicting the precursors of battles before reaching the tipping point. 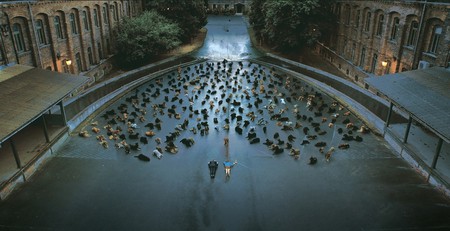 Finally we come to arguably the greatest story here. Hachi: A Dog’s Tale (2009) is a remake of the 1987 Japanese film Hachikō Monogatari, which itself is based on a remarkable true story. There is a statue in Japan that serves as a constant reminder of that special bond we mentioned earlier between man and dog. In the Hollywood version, starring Richard Gere, the details are largely kept the same and follow a teacher who has an Akita breed of dog that waits for him everyday at the train station near their home. One day the teacher suffers a heart attack while at work, and never returns, but the loyal dog refuses to leave his spot until his master greets him. 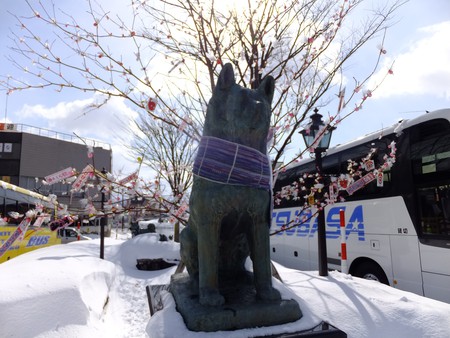 As if proof were needed, this story is the one that firmly cements the very special relationship on screen between us and our four-legged furry friends.