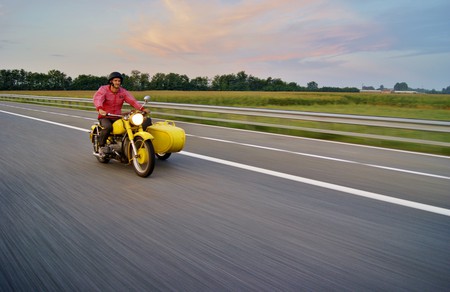 One of the fastest rising doc-series on Netflix right now is The Kindness Diaries, an inspirational look at what’s good in an otherwise troubled world. The series is presented by Leon Logothetis, a man whose boundless enthusiasm and obvious belief in the kindness of strangers leaps from the screen.

The documentary begins with Leon preparing for his six-month journey, with no money, food or pre-booked accommodation. Jumping on his (not so) trusty yellow motorbike, Leon attempts to show that kindness is the one commodity we can all offer.

We spoke with the former London city broker and found out what made him take the ultimate leap of faith. 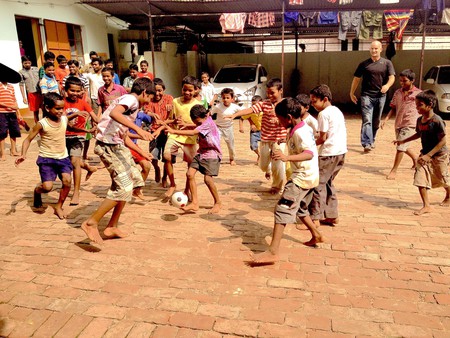 Culture Trip: We’ve just started watching the series, and I guess the obvious question for you is why make it?

Leon Logothetis: Well, that’s actually a good question! I used to be a broker in London and on the outside I had it all, but on the inside I didn’t have much. I was depressed, disconnected and with no purpose. And then I stumbled across the film The Motorcycle Diaries (2004), which was a romanticised version of Che [Guevara] relying on the kindness of strangers. There was something about that movie that touched me in a profound way. I found the courage to leave my job, travel the world and start connecting with people.

CT: Was it an instant reaction after walking out of that movie?

LL: Absolutely. I had travelled a bit in the past, but this had been building. I think the desire to leap had been coming. The film was the tipping point. I felt I had to go out and start living and connecting. When I travelled the world, what I said earlier flipped. On the inside I had to cultivate relationships and on the outside I did these journeys without money.

CT: How did your friends and family react?

LL: The first reaction is that they thought I was nuts. It took them some time to get used to it and that I wasn’t going to come back, but they are okay with it now.

CT: You mention at the start of this series that you had done another journey before. Was that a similar experience?

LL: The first one I did was where I walked across America. I went from Times Square to the Hollywood Sign. I had £5 a day and had to rely on the kindness of strangers, but there was no giving back. It was about relying on kindness, but this time I had to give back. I was afraid at times. I thought: ‘How am I going to make this happen?’ We’re taught not to rely on people and that they aren’t present. That’s not what I found. 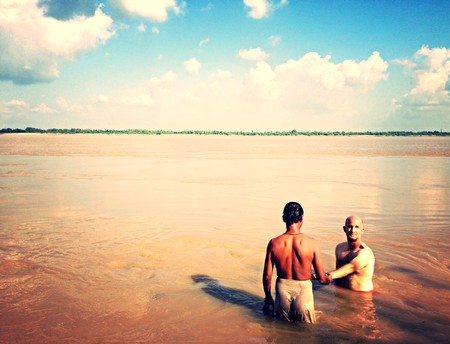 Leon in the Ganges | © Leon

CT: What were your expectations of people before you set off? Did you share the idea that there isn’t much kindness out there in the world?

CT: Both journeys start in America. Did you have any preconceptions about the country?

LL: I’ve been brought up with a really good impression of America. I didn’t really believe they were going to be unkind or anything like that. I had the attitude of ‘whatever will be, will be’.

CT: And have you been able to carry that attitude with you everywhere you’ve been?

LL: Sure. One thing I learned is that we are all the same. It doesn’t matter about your colour, or religion or where you live. Ultimately we all want to be seen. And by that I mean loved. We want to be heard as human beings. The greatest way to do that is to simply be kind. A mother in the slums of India who sends her child off to school loves her kid as much as a mother in Beverly Hills who does the same. It’s a profound thing. We’re told in a clichéd way that we are all one, but it’s so true.

CT: We want to ask you about another character in the show… the bike.

LL: It is a character! I had to choose between a bike that works but might not look that good, or do I pick a bike that might not work, but could become a character. I decided on the latter as it is actually a good way to connect. All you need is common thread with people, and when you have a bright yellow bike with a sidecar, it’s an immediate connector. 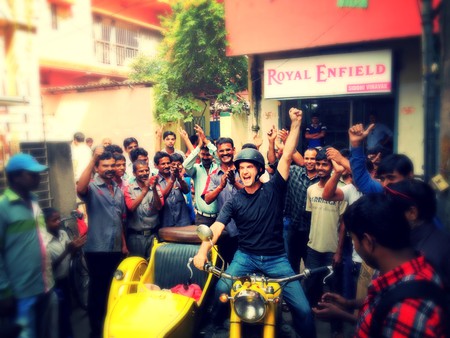 CT: It looks like it takes a lot of confidence to do what you do. Where did that come from?

LL: It’s funny you say that. As a young man I was so shy. One of my friends once said to me, “Leon, you are so socially awkward.” I had no capacity to connect with people. It’s amazing that I’m now in a position where the thing I was most afraid of became the only thing to get me across the world. In my life I’m an introvert, but I know I can connect. In some bizarre way, without thinking about it, it became a form of therapy.

CT: There are some very emotional moments in the show. How do you react when someone is opening up to you so much?

LL: It’s a very delicate process. I feel honoured when someone feels safe enough to share with me. I do everything I can by listening to them. You have a choice – do you hold someone’s heart or do you squash it? I’ve had my heart squashed plenty of times but I want people to know that if they share with me, they are safe.

CT: What do you think people will take away from the show. Was the intention to send out a message?

The Kindness Diaries is available on Netflix now.