Meet The Man Changing Which Films You Watch 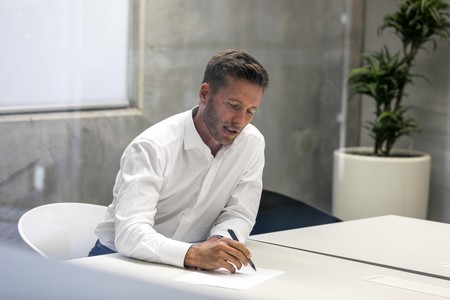 Will Palmer has been quietly changing the movies you watch. His company Movio crunches all manner of data to help studios market their films and even determine which films to make next. Culture Trip quizzed Palmer about his influence on moviemaking, why data is the future of film and whether this approach will see the end of the ‘age of the Superstar’ is coming to an end.

Co-founded by Will Palmer and Peter Beguely in Auckland, New Zealand, Movio has grown into one of the biggest resources in the film industry today. The company collects data about cinema audiences, helping studios with promotion strategies for their new releases. So far, the technology has only been used as marketing tool, but it could have wider implications, perhaps eventually determining whether or not a film is made in the first place.

Culture Trip (CT): When Movio first started, did you face resistance from people in the film industry?

Will Palmer (WP): Enormous resistance. We were told breaking America was going to be an insurmountable project.

When we started, [movie marketing] was largely based on the experience of studio executives to make the best of their content and nothing to do with data. We came in with this new concept, and very often our ideas were in conflict with senior opinions and popular consensus. Swaying people’s opinions and getting them to understand that we could have predicted an outcome [about a film’s success] was something we proved.

The other big change that has helped us is the sheer cost of marketing a film. There are now at least 200 different channels to use and you can’t spend it everywhere.

CT: How early in the process of a film coming out can you get involved? Is it once the film is made or sooner?

WP: One of our early investors in Australia and New Zealand was a fund that makes films. They wanted data to help decide which films to fund. This is pre-greenlighting, and companies can use Movio like that. It’s not used as much as we would like in the production of a film. 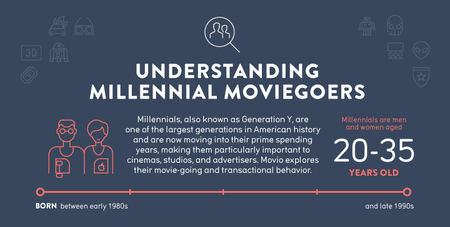 CT: What sort of briefs do you get? Would a studio come directly to you and say: “Here’s a film, what can we do with it?”

WP: We have relationships with seven of the top eight studios and they all have slightly different requirements. There isn’t common way studios deal with this. There is rarely a direct relationship with studios and audiences, we aim to bridge that.

CT: Are there times when you will see a film and think to yourself “data-led marketing just can’t save this release”?

WP: Yes, and it happens a lot. You can put a film on a screen that looks great but fails, you can see why if you put it into our algorithm. We have a concept of similarity score and that looks for audience’s choices for similar films to any given release. If a film has a really low score, you know that it was created without catering for its audience. So many films fail because there is no audience even at the green-light stage. You can predict it from as early as the script stage for sure. You can save studios from misses.

CT: Have you ever worked with a creative or filmmaker in those very early stages, helping decide who they should cast or when they should release a movie, for example?

WP: I definitely think that’s where we are heading, as it is still ultimately a creative business we are in. We don’t want to get in the way of the creative business, but there are so many opportunities to make the most of what we have in that space. Actors that are trending in terms of success, or certain directors that can make certain films. We can look at which genres work in which territories. There is room for that.

CT: How do you feel knowing you could have influence over creative decisions?

WP: I’m excited by it. If we can do something to help create better content, that is more successful and eliminate the misses, its a great thing. There are a lot of films that are made and run in cinemas that just don’t succeed. If you take a data-led approach right from the start, I think that risk is eliminated. 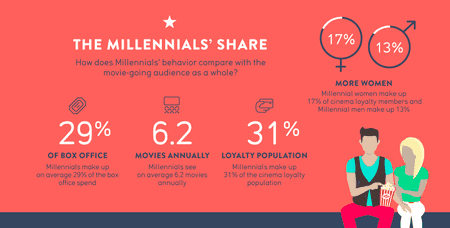 CT: Over the eight years since you began, have you noticed any significant trends or changes in behaviour among moviegoers?

WP: The advent of streaming content! Things have changed enormously with that, and original content is now largely dominated by them, with cinemas focussing on franchises and big tentpole releases. The stats support that, with franchises and sequels increasing [in number]. The experience people expect from the cinema has also changed. With the in-home experience being so good, we now want better screens, better seats and even better food. It’s no longer good enough to put in some seats in a hall.

CT: The other conversation in Hollywood at the moment is the end of the ‘age of the Superstar’. Do you think those days are gone?

WP: It think star power still exists, but it has definitely been overtaken by franchise power. Disney are a great example, with both the Marvel and Star Wars movies. They don’t often lead with massive stars, but the interweaving stories are being done really well. You seed the character and spin them off. Warner Bros. are doing the same, and so are Universal. The trend is Universe building more than star power. Look at Sony, who were a star-led studio and now they have moved away from that.

CT: How specific can you get with this year? Can you predict right now what will work and what won’t in the coming summer?

WP: I think the tentpoles of Mission Impossible 6 [Fallout] and the new Jurassic World: Fallen Kingdom will be there. Solo (the new Star Wars spin-off movie prequel) was released too close to the last one in the series. What we do see is that the American summer is dominated by these films, but take Avengers (Infinity War) for example, which opened huge, but the following weeks everyone was underserved. Nothing else played against it. That doesn’t work. 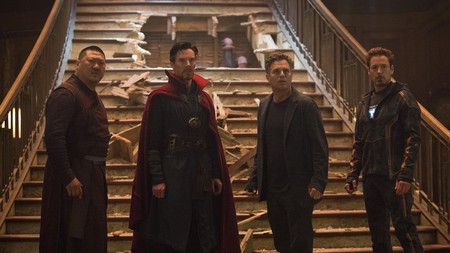 CT: Going by your timeline, we’re guessing you started around the time of Avatar in 2010…

WP: We did! It was actually one of the first things we worked on.

CT: Do you think we’ll ever see those numbers again?

WP: Star Wars [The Force Awakens] (2015) has come closest, but I really don’t know if we will ever see anything come close to that level.