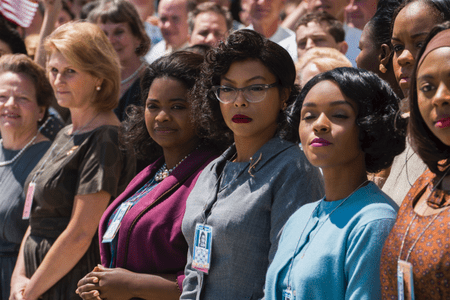 Culture Trip recently spoke to best-selling author Margot Lee Shetterly about the film adaptation of her book Hidden Figures, and found out just why the remarkable story of the women who helped launch John Glenn into orbit has remained untold until now.

Hidden Figures is the incredible untold true story of Katherine Johnson (Taraji P. Henson), Dorothy Vaughn (Octavia Spencer) and Mary Jackson (Janelle Monáe) – brilliant African-American women working at NASA, who served as the brains behind one of the greatest operations in history: the launch of astronaut John Glenn into orbit, a stunning achievement that restored the nation’s confidence, turned around the Space Race, and galvanised the world. The visionary trio crossed all gender and race lines to inspire generations to dream big.

Culture Trip: How did you find out about this amazing true story?

Margot Lee Shetterly: Absolutely a true story and one from my hometown in Virginia! I discovered it because I knew these women. My dad was a research scientist at NASA and he worked with them. It took a long time to discover the story itself. I started on it six years ago, and wanted to find out about the women and why there were so many [black] women at NASA at the time. It really is because I am a product of this story.

CT: And why were there so many women at NASA at the time?

MSL: The answer, like so much in our 20th-century history, is World War II. Very similar to the women of Bletchley Park, which many Brits and Americans are now familiar with, the government started hiring women as mathematicians when the men went off to fight. The demand for aircraft was skyrocketing, at Langley, Virginia. It was sort of a secretarial pool, but it became a computing pool. They would get data and number sheets and then start calculating.

CT: You mention the story we know well from Bletchley, but the one in the film and your book, isn’t known that well at all. Why is that?

MSL: I think part of it is the confidentiality. You couldn’t just go home and talk about it for fear of Russian and German spies. Also, it was seen as women’s work. Men did the engineering, and the math was seen as a lower form of work. It took a lot of time for us to say we should value it. I think that’s what is happening now and the distance from it is helping. There are more stories about women and computing coming out, and I think it is a great time to celebrate these pioneering women.

CT: When researching the book, and over the course of your work in general, what was the most surprising thing you discovered?

MSL: I think it was the sheer number of women who were involved. There was a large number of black women, and they themselves were part of a much bigger group of women. They did a lot of research. They may have been paid less and given the title of “computer” rather “engineer”, but they were incredibly important. I started the Human Computer Project to highlight some of these stories. The job of this organisation is to track down as many of these women from 1935 onwards. In 1943, the first black women started as computers/mathematicians.

[Another thing that was surprising was] the number of times the lives of these women would intersect with these huge moments in history as well. For example, Katherine Johnson was one of the first three black students to go to West Virginia University. This was even before she started at NASA. It was a really big deal at the time. It made writing the book exciting.

CT: Was there a common spirit or ethos that these women had that drove them to achieve the seemingly impossible?

MSL: I think they all really loved math. That was the thing that got them through the door. What sorted the women who went ahead from the ones who were happy with the jobs they had, was the fight in them to go after the other jobs. The exciting thing about the film is to see how they pushed and pushed and pushed. It was a real depiction about what it takes to get ahead.

CT: And what was it like for you to watch the film for the first time?

MSL: It was great. It’s funny I saw it 4 months ago, before it was completed, and then when I saw it recently it was such an experience. I did all those things like the research, the writing and so much more but I was still on the edge of my seat! That’s a sign of great filmmaking.

I think people will come away thinking about the election we just went through and with questions about “who is an American?”, but they will be transfixed by this great American story. Sometimes when we come together it is the best of our country.

Hidden Figures is released in the UK from February 17