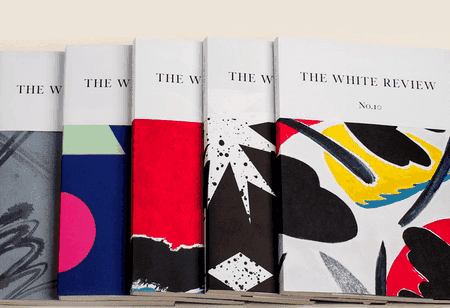 Issues of the White Review, courtesy of the magazine

The co-founders of the White Review are passing the mantle on to new stewards with celebrations and publications.

In 2010, the UK-based art critic Ben Eastham and literary editor Jacques Testard founded the White Review, a print and online cultural journal that has grown to become one of the best publications to showcase new talent in the literary and visual arts. Over a hundred pieces of writing have appeared in its pages and site, both offering works and thoughts by debut, translated, and celebrated writers alike. As the White Review has evolved, so too has its editorial staff expanded, which now includes US editor Tyler Curtis and several contributing editors, along with marketing and art directors. This past August, however, Eastham and Testard announced that the time had come to pass on the reins, announcing Francesca Wade, a senior editor for the journal, and Željka Marošević co-publisher of Daunt Books, as the White Review‘s new co-editors.

The news comes as the publication celebrates the publication of its 20th issue, which includes a new story by Claire Louis-Bennett and an essay by Tom McCarthy. The new editors, in collaboration with the old, are marking the transition with the White Review‘s first ever anthology and a Kickstarter campaign to expand upon the its mission of keeping open a space for “ambitious and innovative writing in English and in translation” to be vigorously committed to “serious-minded literary and arts criticism,” and to award the best of these works. Plans are also being developed to redesign the journal and foster a series of creative writing workshops. 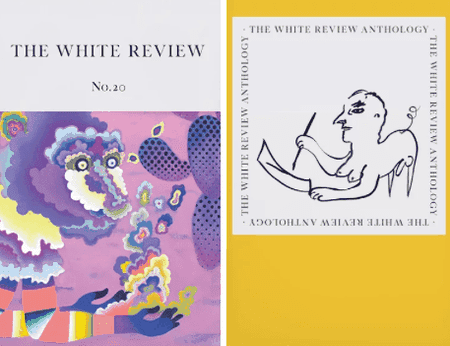 The anthology, available as both on the White Review’s Kickstarter campaign and on its website, collects the finest writing published by the journal — twenty works of fiction and non-fiction — that “trace the first six years of the journal’s existence, and reflect its mission to promote new writing that engages with our intellectual circumstances.” Included are fictional pieces by Anne Carson, Chris Kraus, and Álvaro Enrigue; essays by Deborah Levy and Lars Iyer, and art by JH Engström. It is astonishing assembly, one that most new literary publications could only dream of. “We didn’t know much what we were doing, in truth” write Eastham and Testard in the anthology’s introduction regarding their founding. Seven years later, the White Review have become the exemplars of how to do a cultural journal right, and it is exciting to think of where Wade and Marošević will take it.