Joseph Bazalgette, The Artistic Composition of a Sewage System 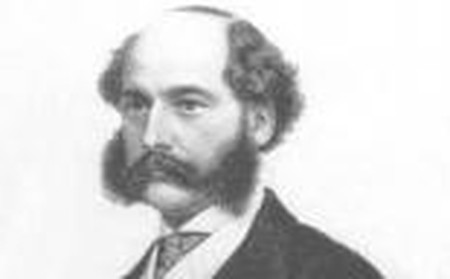 Joseph Bazalgette’s feat of engineering is a mostly forgotten facet of British history, yet not only did the design of his sewer system serve the population every day for over a century, but his efforts significantly improved public health. We take a closer look at the man behind the pipes, discovering more about the system that made diseases such as cholera a figment of London’s past. 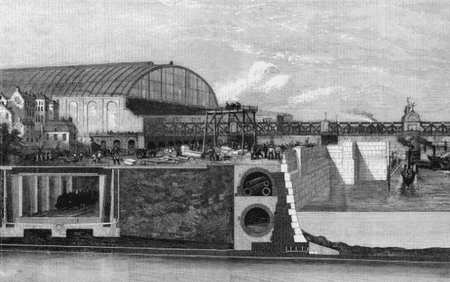 In the summer of 1854, London’s Soho was in the midst of one of the worst cholera outbreaks ever recorded. The event killed over 600 people in a week, resulting in 10,000 cholera-related deaths in London that year. John Snow described the event as, ‘the most terrible outbreak of cholera which ever occurred in this kingdom’ which would soon come to be referred to as ‘King Cholera’. John Snow determined the source of the problem to be London’s inefficient sewer systems.

Four years later, in 1858, London once again succumbed to the wrath of its sewers in an event referred to as the ‘Great Stink’. The city was awash with a stench so powerful that parliament ground to a halt. The drainage system, already in place, couldn’t cope with the increased amount of waste from flush toilets, slaughter houses, and factories, and as a result, raw sewage spilt over into the already heavily contaminated River Thames. The waterways became the periphery victims of London’s burgeoning success as a global power. When the weather and smell improved, parliament passed a bill to fund a new sewage system, noting the importance of improving the city’s stagnant waterways and antiquated drains. 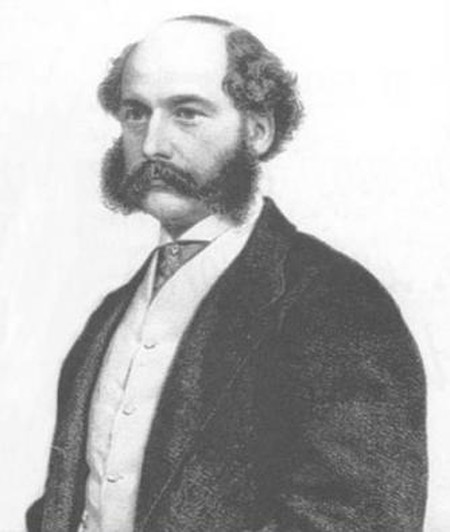 Joseph Bazalgette was given the position of chief engineer for the monumental scheme, which was the largest civil engineering task to have been undertaken in that period. His experience in drainage, land reclamation and railways would prove vital to the success of the project.

Young Bazalgette’s engineering experience began when observing and working on the railways at a time of widespread expansion of the rail network. Due to suffering with a nervous disposition, it was the pressure of his role, the weight of expectation and his strong work ethic that led to his first mental breakdown. In his memoirs, he wrote, ‘I began my work when the great railway mania broke out, and nearly killed myself before I joined the old Commission of Sewers’.

Began in 1859, the new sewage plan was to first create a labyrinth of over 80 miles of underground pipes and over 1000 miles at ground level. The project would also see the construction of huge embankments stacked along the Thames. New treatment works and a number of pumping stations would also be added to the project to improve sanitation in the city.

At the time of construction, over half of Britain’s population lived in large towns and cities. To minimise the impact upon London’s dense population, Bazalgette devised a plan to use the embankments to intercept waste from the existing drains. He understood that he would only be granted one chance to disrupt the city on this scale. London would see its population double to 6 million in the 30 years following the project and so the plans would have to have longevity.

The tunnels were designed in a v-shape: wider at the top, narrower at the bottom. The reason behind the unique design was to maintain sufficient flow regardless of water pressure, correcting a large problem that had led to the Great Stink. The design would also allow the pipes to hold significantly more weight above them. Bazalgette factored in the number of Londoners utilising the pipes and doubled the size of pipes required, thus extending the length of time they would serve the city.

By 1866, after only seven years of construction, London’s sewage system was adequately serving the majority of citizens. The Victoria and Albert embankments had opened in 1870, followed by the Chelsea embankment in 1874, all of which reclaimed over 50 acres from the Thames’ tidal mud banks. The embankments encased the huge intercepting sewers as well as an underground tube line. 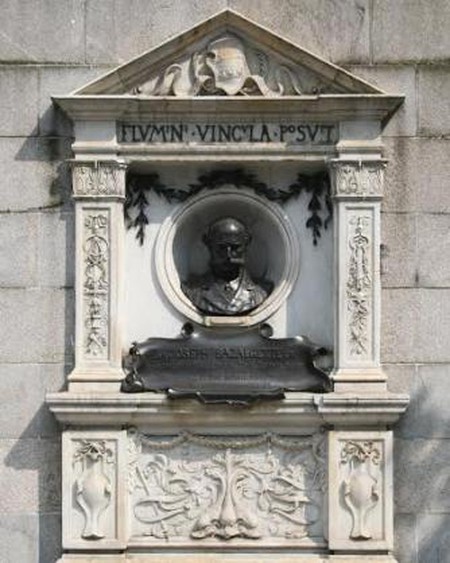 By the time the project entered its final stages in 1875, Bazalgette had spent over £6.5 million on the project, equivalent to a quarter of a billion pounds today. The sewers could shift nearly 2 billion litres of water and waste daily, sufficient enough to still be in operation into the 21st century.

Before a developed understanding of the molecular spread of bacteria, the widespread notion at the time was that disease spread solely through miasma, or bad smells. In an effort to rid the city of miasma, Bazalgette incorporated parks into his plans, making London one of the greenest capitals in the world. It was not these verdant spaces however, but the sewage system that cleaned up the waterways, reducing the number of cholera pandemics and considerably improving the health of people living in London.

However, the scheme was not without its flaws. If it wasn’t for the delays to the building of the embankments caused by the desire to accommodate an underground line, a final cholera pandemic in 1866 could have been prevented. A further flaw to the design was the decision not to treat raw sewage, merely pumping it into the Thames. Whilst Bazalgette’s system improved sanitation on land, the river was still filthy. In 1878, the Princess Alice pleasure boat sank, killing nearly 700 people, most of whom died of poisoning from the water. This tragedy did, however, set in place a number of plans to clean the city’s waste before disposal.

Despite a few inevitable setbacks, the new system vastly improved the well-being of native Londoners and in 1875, Bazalgette was knighted for his services to engineering. In 1874 he was quoted as saying ‘(…) private individuals are apt to look after their own interests first and to forget the general effect upon the public, and it is necessary that there should be somebody to watch the public interests’. Bazalgette adopted this role and has become known as one of the most significant contributors to the improvement of public health in history.

Unlike the numerous busts and statues of famous philanthropists during the 19th century, however, few statues have been erected in memory of Bazalgette, who ultimately saved thousands of lives. He is instead remembered for his tremendous feats of engineering, still, in places, serving the city to this day. Bazalgette’s modest bust on his embankment stands as a poignant memory of a man that saved London and allowed it to grow into the buzzing, successful, global powerhouse it is today.