Jordan Vogt-Roberts: 'People Have the Right to be Sceptical of "Kong: Skull Island" ' 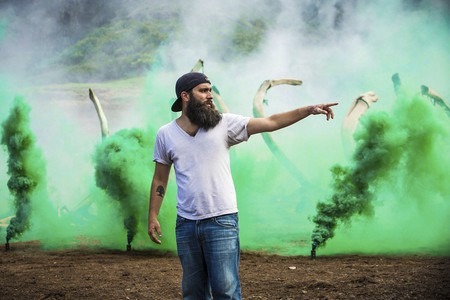 We caught up with the director of Kong: Skull Island, Jordan Vogt-Roberts, to find out what it was like to work on a huge blockbuster and what his key influences were.

Culture Trip: What was it like to direct your first big movie, following on from Kings of Summer?

Jordan Vogt-Roberts: It’s a whirlwind, but an exciting one. It’s not what people expect. When they see the poster and the film, honestly, I think they have the right to be sceptical. Why do we need a new King Kong? What are we going to do with it? Every previous version has basically been a Beauty and the Beast story ending up in New York. We pay homage to the lineage and the character, but we subvert it this time. We go way more insane than you would think.

My favourite thing about this is when the ‘nerd’ audience sees it and they get the giant monsters and stuff, but then the people who don’t go in liking King Kong or monsters come out and say it was cool and unexpected. I don’t quite know what people expect, but we did try really hard to understand what people love about Kong.

CT: Doing a movie for a big studio, as this is, is different to your previous work. How did you go about keeping it your film?

JVR: I feel like it has my soul. My voice. I’m very proud of that. Just like Gareth Edwards’ Godzilla (2014) has his voice in it as a filmmaker. Most films like this don’t have that soul. They lack that beating heart. I happened to be working with great producers who backed me, but it wasn’t easy. There is a lot of work with thousands of people who expect it to go a certain way. It can be a big uphill battle, but you have to convince people. We have a responsibility to show people new things. Movies these days don’t transport people the way they used to. I want audiences to walk out thinking they haven’t seen this before. 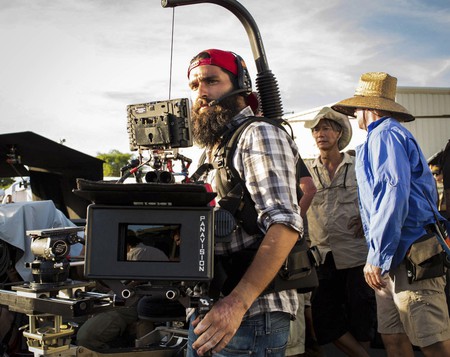 CT: How was working on a CGI movie like this?

JVR: I’m kind of a masochist. I like biting off more than I can chew. That’s what got me into the industry in the first place. I loved Star Wars and those films. We live in an age of casual magic. Everyday magic, with our computers and phones, we can put on screens stuff that was only on in cinemas. It is harder to make that feel special and not just like noise.

With a younger director, I also had to make sure that the tendency to let the special effects guys run everything didn’t happen. We were all in sync with the anime, manga and computer game look of it.

CT: It looks incredible in terms of the real world locations as well…

JVR: We shot in Hawaii, Australia – and the big one was Vietnam. The essence of Skull Island is there. We were the first film like this to ever shoot there. That was a massive undertaking to convince the studio and to get the actors out there. I fell in love with the place. It was spectacular and I know some people think it’s effects, but it’s all real. I hope people discover and visit Vietnam like they did New Zealand after Lord of the Rings.

My responsibility was to transport people there, and with the creatures being CG, we needed a real location. Audiences are smart and can see it. I can’t say enough about how impressive it was. I must have deleted some childhood memories to create the Island. I wanted it to be accurate. That was the big undertaking to have everything in relation to one another.

CT: The cast is incredible. Was there much fluidity to the characters, given who was involved?

JVR: For me, I’m fortunate to have this embarrassment of riches. I’m someone who wants actors to change and improv where we can. You can only capture it once. It’s all about that day on set. We encouraged them to be as loose as possible, especially John C. Reilly. It morphed every day. I love the stuff you can’t plan – those are the moments that last. 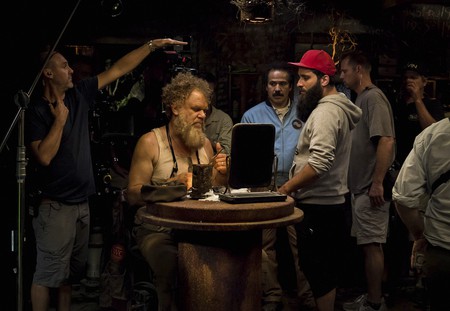 CT: The movie is set in the 1970’s. How important was that setting for your story?

JVR: It wasn’t originally set then. When I came on board it was modern. I’m obsessed with that era and aesthetics of that time. Adding the period piece element to the monsters and effects is a big challenge, but it was amazing to see the locations dressed. I grew up with films of that era. We played around with it.

Kong is that icon I mentioned earlier. I wanted to keep it self-contained even though this is a franchise film. Audiences have fatigue. I didn’t want to get diverted by that, and spend time setting up films that won’t come out for years. There is groundwork being played, but I just wanted to tell a King Kong story. It fits into the expanded universe, but it was all planned knowing where we were going.

CT: While making this blockbuster, did you miss anything about the process of making smaller films?

JVR: Filmmaking is filmmaking. You’re always running out of time and money! There are times when you look around and think it would be easier with a smaller cast, but then you look around at exploding helicopters and think how amazing it is. You can’t be as spontaneous, but there are moments in this film like that too. 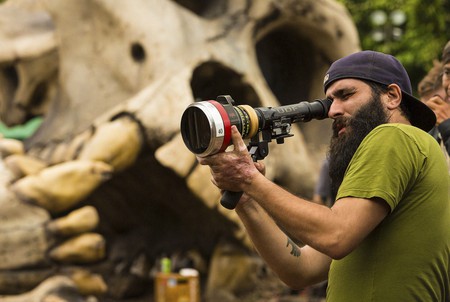 CT: Would you be interested in returning to the Kong series?

JVR: If they ask me back to advise on a sequel, I’d be keen. I’m more interested in the smaller film focused on John C. Reilly’s character crashing on the island and surviving. That’s the movie I want to see. I’ll probably make a small indie next though. Something super raw and experimental.

CT: You mentioned earlier about the films you grew up with – any favourites?

JVR: I was one of those kids who had my brain blown open by Star Wars. Things like Goonies and then discovering Apocalypse Now as well as video games like Metroid and Zelda. I loved Die Hard and The Thing. I loved anything that was genre, but that also managed to elevate genre.

CT: So glad you mentioned Die Hard there…

JVR: People can’t make movies like that anymore. It’s also the best Christmas movie ever. Just think about John McClane choosing to run over glass, it’s such character-driven moment. You learn to love him along the way. It’s such a simple set up, but perfect.