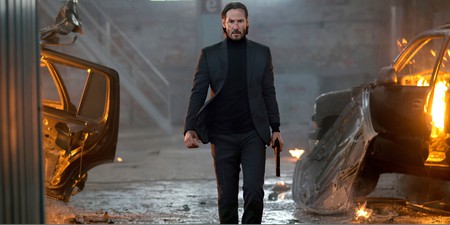 Following the surprise hit from 2014, Keanu Reeves returns as the hitman’s hitman John Wick in this relentlessly imaginative sequel that is even better than the original. Just what is it about this character that engages us like no other modern action hero? 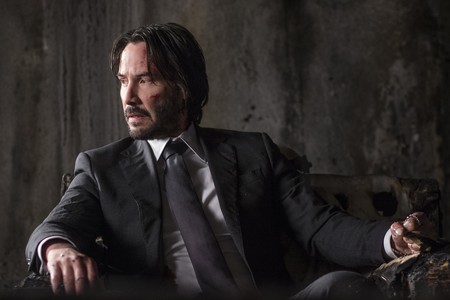 Picking up from where the first film left off, John Wick (Reeves) is still searching for his beloved car. The men holding onto his vintage vehicle know they have made a mistake by enraging him, and when Wick, also known as the Boogeyman, finally gets ahold of them there is inevitable bloodshed.

When Wick is back home, he and his dog receive an unwelcome visitor in the form of a former associate who has one last job for the hitman to complete. Initially unwilling to be drawn back into a world he left behind for his late wife, Wick is forced to travel to Italy and assassinate the woman about to be crowned the new head of the Italian Mafia, Gianna (Claudia Gerini).

Gianna’s vengeful bodyguard, Cassian, (Common) wants revenge, and isn’t the only one. Wick is seen as a loose end that needs terminating, and a price is soon put on his head even before he lands back in America.

Chaos and carnage soon follow as Wick realises he has no true friends to turn to and only by following the hitman code will he stay alive.

The world created in the first film, with underground and clandestine societies protecting one another, is explored in greater depth this time around. The mission itself is just as flimsy a setup here, without the added bonus of a cute dog in the mix, but it really doesn’t matter. The action is relentless and Reeves is superb as the one-man army carving his way through anyone who gets in his way.

Morally ambiguous Wick uses a plethora of guns and knives to get his point across. The target placed on his head is graphically drawn and we instantly know the values that all the characters live by, which in turn makes every scene drip with gleeful violence. 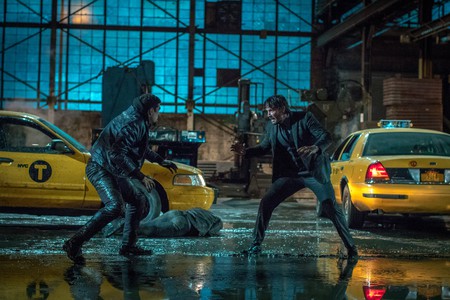 And what violence! The fight sequences are superbly realised, mimicking the gunplay of early John Woo thrillers from Hong Kong and more modern Korean action films. There is a scene early on where we see the bulletproof suit that protects Wick being tailor-made and the subsequent carnage is given a believable superhero quality thanks to what we learn in the film’s opening act.

There is a standout prolonged gun and fist fight between Wick and Cassian that is as good as any I’ve seen on the big screen. Think the breathless destruction of Tony Jaa or Jackie Chan at their best, combined with lighting quick flurries of trigger happy explosiveness, all on the cobbled streets of Italy. Reeves belies his 50 odd years of age, not just by looking like a much younger leading man but also by hurling himself into every scene with an infectious energy. A lot of the film relies on us buying into Wick as an almost unbreakable force of nature, and Reeves personifies this with effortless cool.

The opening battle is memorable too, not only does it set up the tone of the film perfectly but it reintroduces one of the greatest modern action heroes in cinema today.

A late appearance by Laurence Fishburne as the Bowery King reminds us that Reeves has been around for a while – the pair starred in the Matrix trilogy together a few decades ago. And whereas Morpheus has done the honourable thing and aged like the rest of us, Reeves has clearly made a Dorian Gray style deal with the devil to not look a day older. It’s remarkable, he is physically at the peak of fitness and for this role he would have had to be.

Prepare to be blown away by John Wick: Chapter 2 – easily better than the first film, even if it is just as incomprehensibly cool.