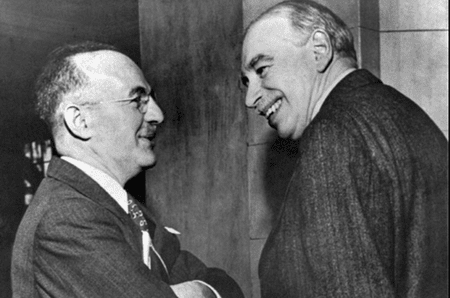 Harry Dexter White (left) and John Maynard Keynes, at the inaugural meeting of the IMF in 1946 | ©IMF/Wikimedia commons

The English economist’s General Theory of Employment, Interest and Money (1936) was announced yesterday as the winner of a vote on which academic book had the greatest impact on modern Britain.

There is no denying that John Maynard Keynes has had a revolutionary influence on economics in general: his challenge of early 20th-century laissez-faire orthodoxy remains one of the most important contributions to the social sciences. His ideas, particularly those arguing for government intervention within the economy, have enjoyed a recrudescence in popularity in the aftermath of the 2008 financial crisis and the ensuing collapse of the neoliberal consensus. Keynes is, more than any other economist, the first person theoretician policymakers turn to in times of trouble; Keynesian ideas notably formed the basis of Britain’s postwar consensus, and had a profound influence on New Deal politics in the United States. 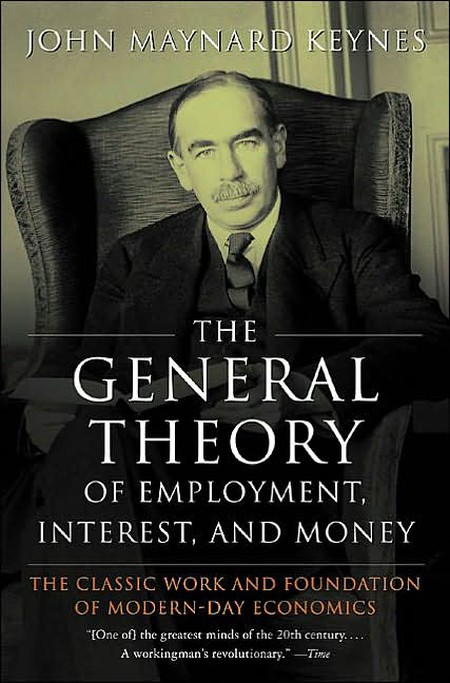 The book was chosen as part of Academic Book Week (January 23–28), now in its third year, which aims to celebrate the “diversity, innovation and influence of academic books,” with events hosted at universities across the UK. Voting was opened to the public a few days ago on a list of 20 titles, chosen by academics and publishing professionals, which included such varied works as Orientalism by Edward Said and The Selfish Gene by Richard Dawkins. The five favorites are as follows:

1. The General Theory of Employment, Interest and Money (1936) by John Maynard Keynes
2. The Invention of Tradition (1983) edited by Eric Hobsbawm and Terence Ranger
3. The Making of the English Working Class (1963) by E.P. Thompson
4. Ways of Seeing (1972) by John Berger
5. Staying Power: The History of Black People in Britain (1984) by Peter Fryer

General Theory is Keynes’s magnum opus, out of which an entire school of economic thought was born. Academic John Kay remarked of its analysis that it was “the dominant influence on macroeconomic policies in the thirty years that followed the Second World War, and we still debate, and employ, Keynesian policies today.” Time magazine, when it included Keynes among its Most Important People of the Century in 1999, said that the man was capitalism’s savior with “his radical idea that governments should spend money they don’t have”—that is, that they should invest in their economy if they want it to grow. Either way, any person striving to understand policy debates over the economy today—whether in Britain or in the world—must have some understanding of Keynesian economics. Now how’s that for influential?