It is a tragedy that John Galliano’s outstanding career and remarkable contribution to the sartorial industry will be forever tainted by the controversy that now engulfs him. His name has unfortunately come to be shadowed by the anti-Semitic rant that earned him worldwide notoriety (and cost him his career at Dior) in February 2011. Culture Trip charters the Gibraltar-born fashion designer’s rise, fall and continuing attempts to salvage his reputation. 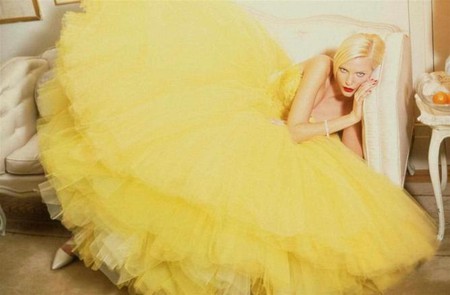 From unprecedented success to complete bankruptcy, a Chevalier in the French Legion of Honour to a worldwide disgrace – Galliano’s career has been somewhat turbulent, plummeting from one extreme to the other more than once over the years. What he has achieved despite all of this, is therefore testimony to what can only be a truly incredible artistic talent, which has withstood all manner of disaster – professional, personal, or otherwise.

Galliano was born to a British father and a Spanish mother, on 28th November 1960 in Gibraltar – a British-owned island in the Mediterranean. The family moved to the UK when Galliano was just six years old. After attending Wilson’s Grammar School, where his daring creativity and artistic flair first surfaced, Galliano then attended the prestigious Central Saint Martin’s College of Art and Design in London – an establishment from which numerous fashion prodigies have emerged – Alexander McQueen, Mary Karantzou and Christopher Kane amongst them. He graduated with a first class degree in fashion design and his widely acclaimed graduation collection was immediately purchased by Browns – a high-end independent boutique in Mayfair. 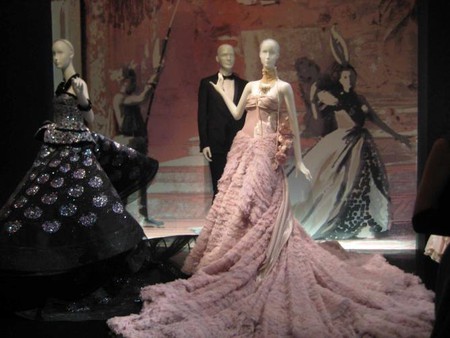 A sort of twisted romanticism came to distinguish Galliano’s designs. Incredibly intricate, feminine and undeniably beautiful was his work – yet often sinister, slightly frightening and extravagant to the point of garish. It was an extravagance that made Galliano’s creations somewhat irrelevant to the masses and rather difficult to relate to. Thus, whilst his designs enthralled the fashion press, won him the admiration of fellow designers and never failed to meet critical acclaim, his artistic vision proved commercially unviable and struggled to sell. Whilst approbation, awards, (British Designer of the Year in 1988) and collaborations (milliner Stephen Jones, stylist Amanda Grieve) poured in, financial support bled out. Both of Galliano’s major investors had withdrawn their funding by the end of the decade and a frustrated, despondent Galliano left the UK for Paris.

Homeless and penniless, yet afire with an inextinguishable ambition and untameable imagination, Galliano sketched away on the bedroom floors of his friends’ apartments, materialising his ideas with whatever resources he could find. His designs (desperately strewn-together as they were) earned the approval of none other than Anna Wintour – editor-in-chief of American Vogue and thus arguably the world’s leading authority on all things fashion and style. Wintour encouraged the participation of various societal figures, whose financial input and collaborative efforts resulted in a magnificent chandelier-adorned, petal-strewn runway show which showcased the British designer’s small, but rather spectacular first collection in the French capital. Saõ Schlumberger leant Galliano her lavish Parisian mansion for the occasion, and a number of supermodels very willingly walked for free. Wintour later orchestrated a meeting between Galliano and John Bult of the PaineWebber banking group, who subsequently agreed to invest in his promising label. Just a few years later Galliano made fashion history, becoming the first Briton to head a Parisian fashion house when he was appointed chief designer of Givenchy in 1995. His stint there was short but sweet, with his biannual collections for the label earning worldwide praise. In the autumn of 1996, he moved onto bigger and better things yet, becoming head of design at Dior with fellow Brit Alexander McQueen replacing him at Givenchy.

For over a decade, Galliano reigned over the iconic French brand – over much of the sartorial industry at that. His ready-to-wear collections were feminine, sophisticated and elegant, whilst his haute couture gowns were simply magnificent, breathtakingly-beautiful and fairytale-esque – not unbefitting a Disney princess. Galliano quite rightly made a name for himself as one of the most significant designers of a generation, earning himself a CBE in the Queen’s Birthday Honours List and was made a Chevalier in the French Legion of Honour – one of just three figures in the fashion industry to have ever been given such an accolade. 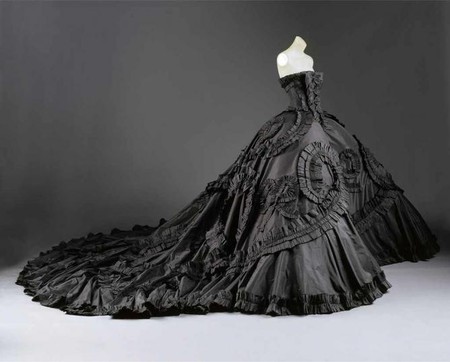 It was all to come to a very sudden and very shocking end, when in February 2011, a video of the Briton verbally abusing a Jewish couple in a Parisian café was released online. The drunken, anti-Semitic rant earned the designer worldwide notoriety and led to a bitter and very public lawsuit, which saw Galliano convicted of racial abuse, fined, and dismissed from Dior. For years, the disgraced designer lay dormant, all but invisible to the public eye. It wasn’t until 2014 that Belgian label Maison Margiela announced that Galliano was to become their creative director – a somewhat surprising decision, not least given the brand’s famously low-key profile and their founder’s virtual anonymity. It seems strange that the industry’s most elusive and highly-secretive brand should appoint fashion’s most notorious figure their lead designer. The sartorial world waited upon Galliano’s debut collection with bated breath, apprehensive as to whether years of inactivity, a disgraced name and continuing struggles to overcome drink and drug addictions might have all but destroyed the Briton’s creative vision. As it turns out, they could not. Dazed magazine hailed his return ‘triumphant’, fellow designer Manolo Blahnik called the show ‘fabulous’ and esteemed fashion journalist Hilary Alexander described the collection as ‘sensational’, declaring that ‘it was Galliano at his very best, on peak form and surprising and delightful and just wonderful’.

As controversial and somewhat divisive as he is, it cannot be denied that John Galliano is one of the most gifted artists of our time.