John Calder, Influential Publisher of Beckett and Miller, Dies at 91 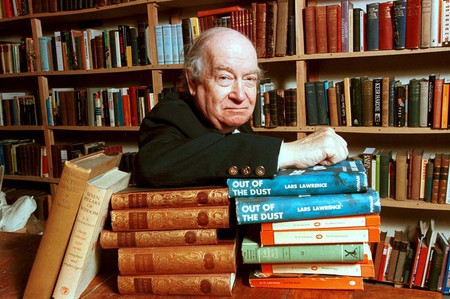 Canadian-born British publisher John Calder introduced Britain to some of Europe’s greatest writers and fought tirelessly against censorship in literature.

A champion of 20th-century contemporary literature, Calder published works from Beckett to Borges, Pirandello to Pinget. Alessandro Gallenzi of Alma Books, who bought Calder’s publishing company over a decade ago, has confirmed Calder passed away on 13 August 2018 in Edinburgh.

Calder’s first foray into publishing began in 1949, when he set up John Calder Publishers. A lifelong opera fanatic, he began publishing opera annuals, before turning to translations of German, French and Russian fiction. Dostoevsky, Chekhov, Tolstoy, Goethe and Zola all appeared on his growing list, that later included a number of unseen Balkan texts and unsparing accounts of the Algerian War.

After watching a 1955 performance of Waiting for Godot, Calder was fascinated by Beckett’s avant-garde style and set out to buy the British publishing rights. While in Paris, Calder met with Beckett and recalls “[walking] around Montparnasse afterward, drinking beer in a café and playing chess”, in his autobiography Pursuit. Though Calder lost out to Faber & Faber for Godot, he went on to become Beckett’s lifelong friend, one of his most prolific publishers and author of several books about his philosophy and theology. 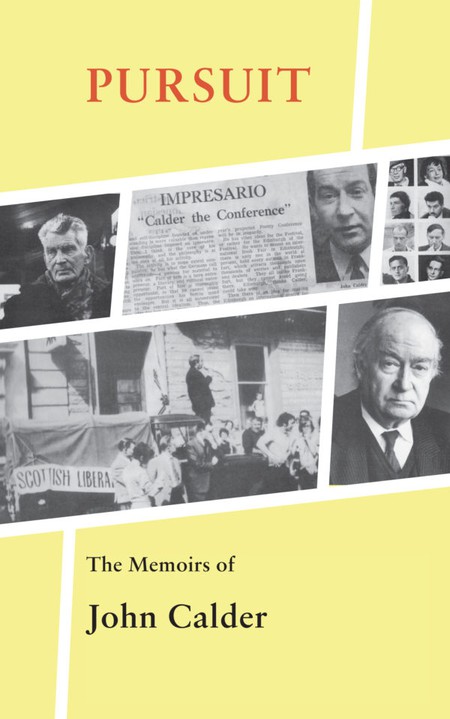 Committed to bringing books from abroad to readers in Britain, Calder initiated a writers’ conference in 1962 in Edinburgh that attracted internationally acclaimed authors including Muriel Spark, Henry Miller and Allen Ginsberg. The event is considered the direct inspiration of the now lively Edinburgh International Book Festival that runs in tandem with the Edinburgh Festival.

Shortly after Penguin Books was acquitted of obscenity for publishing D H Lawrence’s Lady Chatterley’s Lover, Calder bought the rights to Miller’s Tropic of Cancer in 1963, banned at that time in the UK. Though the government told him he was free to publish, the threat of controversy caused a spike in book sales, and sparked Calder’s lifelong battle against censorship. Several years later, the British government filed an obscenity case against Hubert Selby Jr’s Last Exit to Brooklyn, also published by Calder. He eventually overturned the decision in a landmark court case at the Old Bailey that lasted from 1966-68.

In his later life, Calder’s publishing yield dwindled, as he turned his attention to his own literary output. His most notable works include his memoir Pursuit, several volumes of poetry, his critical studies of Beckett and his account of the Paris publishing scene in the 1950s, told through the story of his friendship with Maurice Girodias of Olympia Press.

Today, Calder Publishing remains an imprint of Alma Books, producing “edgy and challenging titles from a legendary list of British publishing”. It is a fitting legacy for a pioneer of publishing.