James Lavelle: ‘Cocaine for Lunch – That Was the Record Industry’ 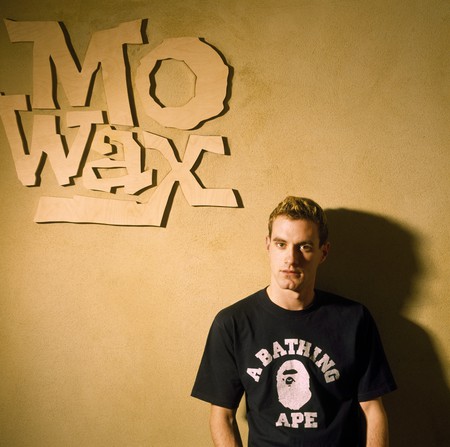 James Lavelle was just 18 when he set up Mo’ Wax Records. Ahead of the release of a new documentary about his rise to fame, the musician talks to Culture Trip about his time in trip-hop band UNKLE, falling out with DJ Shadow, and his addiction to booze and drugs.

“When I was a kid, you could be a lawyer or a builder, a doctor or work in Tesco. Being in music was like Alice in Wonderland, man. It was a way of going into the world where you don’t have to abide by the rules.” James Lavelle is pondering the allure of the industry. For him, it was a no-brainer. But the musician, DJ and producer didn’t just flout the rules; he kicked them in one by one.

Lavelle became one of the most influential figures in hip-hop in the 1990s after setting up his own record label, Mo’ Wax, when he was just 18. Soon after, he signed electro pioneer DJ Shadow, an unknown at the time, flying over to his San Francisco home to pay him a visit. He landed his own column in the music magazine Straight No Chaser, which folded in 2007, by striding into the office and telling the editor, Paul Bradshaw, he was just what he needed. Nothing was out of reach for this cocky kid from Oxford. And then it all went wrong. 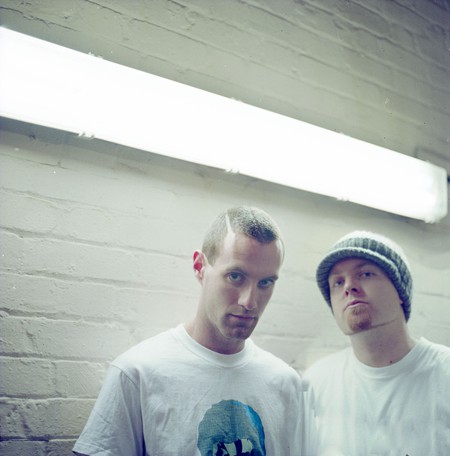 His meteoric rise to fame is now the subject of director Matthew Jones’s fascinating documentary, The Man From Mo’Wax, which takes a candid look at that era. Lavelle was hip-hop’s bright new hope – a nerdy teen with an exhaustive knowledge of music who changed the landscape of the genre and the industry in general with his innovative ideas.

His enthusiasm and gift for discovering new artists was what helped him become a major contender. That was until he wanted in on the rock star action, forming trip-hop band UNKLE with DJ Shadow in 1992. Lavelle didn’t want to be the one discovering the talent anymore; he wanted to be the talent. His undoubted skill as an A&R man fell by the wayside.

The film documents Lavelle’s increasingly desperate attempts to keep UNKLE together when DJ Shadow leaves abruptly after the release of their critically acclaimed first album, Psyence Fiction (1998). “He wiped his hands clean of it very quickly,” Lavelle says. “I realised my life’s work at that point was completely controlled by DJ Shadow, who decided to fuck off and do other things. I was subjected to a lot of abuse. That was incredibly soul-destroying for me.”

There’s a refreshing lack of vanity to the documentary, which was originally mooted by his ex-wife and took 10 years to complete. The Man From Mo’Wax portrays Lavelle in a unflattering light, painting him as the Damien Hirst of the music world, the man with all the ideas – big-name collaborations, clothing lines, working with brands – and a knack for making it happen but who leaves the actual execution to others. Given the prevailing narrative, his decision to open up his own personal video archives to Jones is even more surprising.

“It was that moment where you either support it, get involved and give them a better choice of assets, or it would take its own life into a different area that I didn’t think was going to be very interesting.” He thought about pulling the plug “many times”. “It’s hard to watch and it’s not something I would necessarily make myself.”

But he stuck with it even though he doesn’t entirely agree with the story it spins. There are notable omissions that he rallies against. “They’ve made it in quite a classic way of the high, then the low, then getting back to the high. My frustration with the film is that there were a lot of people who weren’t in it. It centres very much on Shadow, but Shadow was not the be-all and end-all. It’s not a definitive Mo’ Wax film.” 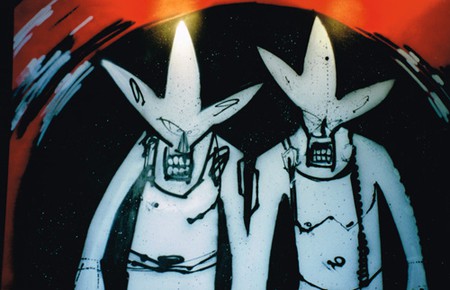 The film touches on his wild partying – Lavelle was a regular on the party scene when he was younger and frequently seen out with the likes of Richard Ashcroft, Noel Gallagher and Ian Brown. But the non-stop drinking and drug abuse soon spiralled out of control. “Everybody hit the drugs and booze at that time,” he says. “It was a very different business. I was very young and it was part of the culture. Cocaine for lunch – that was the record industry.”

He welcomes the change in how people see addiction and depression – that those battling them can be open about it rather than hiding away in shame. While the increased openness about these issues makes him realise that his own chaotic response to the pressure cooker of the music industry was perhaps understandable. “To be honest with you, when Avicii killed himself, it really hit me. I have no synergy with Avicii. I don’t know him. I’m not a fan of his music. But to see somebody so young, with so much money and the way he was handled. The guy was making $250,000 [£195,000] a day and that was not enough. I have a lot more peace with myself now. I wasn’t protected and I wasn’t looked after very well.”

There’s a deep sense of regret that runs through Lavelle’s recollection of the past. He rues his lost childhood – he started DJ-ing at 14 – but admits that he was impetuous and headstrong. Any attempts from loved ones to get him to stop what he was doing fell on deaf ears. The word most commonly used to describe him by friends and old colleagues is “naive”. This boundless optimism is what propelled his success, but it’s also what begins to hinder him when he refuses to accept his limitations as a musician. 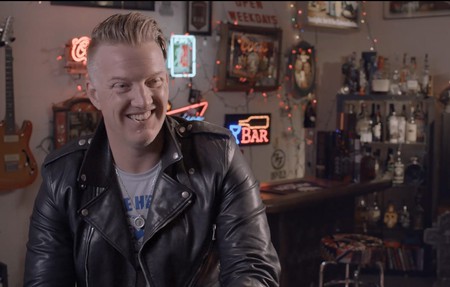 The main question the documentary poses – and which several of his friends, including Queens of the Stone Age’s frontman Josh Homme, attempt to answer – is whether someone who has ideas but not the skills to carry them out is actually talented. Lavelle is in no doubt. “I’m not a musician in a traditional sense of being a guitar player. I’m not Noel Gallagher. But it’s art. It’s about ideas. Without ideas there’s nothing.” He carries on, insistent. “Do you not think Andy Warhol was one of the most talented men ever? What about an architect? He doesn’t build the building. He comes up with the idea. What about Stanley Kubrick? He doesn’t act in his films, make the clothes or do the lightning. What about Goldie, Diplo, Mark Ronson? They’re all ideas people.” 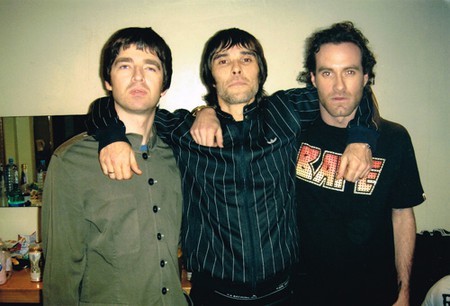 Lavelle continued putting out UNKLE albums but with diminishing returns and increasingly derisory reviews. The last one, The Road: Part 1, came out in 2017. He did a long stint as a DJ travelling around the world as his career flagged and continues to play gigs. In 2014, he curated Meltdown, the Southbank Centre’s prestigious annual festival. The film presents it as his chance to redeem himself and reconcile with DJ Shadow, although he claims there was no bitter split as depicted in the documentary. What’s his biggest regret? The father-of-one replies: “Hurting my family. Not having the time to realise what I had. Things were too fast. I was so young. I never had the chance to just enjoy it.”

He’s reluctant to acknowledge his status as a trailblazer in hip-hop’s history, but he does concede he played a significant role. “I hope what I’ve done will be remembered as something positive in the end and that I made a couple of good records along the way. If I can influence one person to change their life and make something great, that’s more than most people will ever do in their lives.”

The Man From Mo’Wax is out in selected UK cinemas on 31 August. Fans can also buy tickets and create their own screenings at themanfrommowax.com. It will be released on 10 September as a digital download and limited-edition Blu-ray/DVD via the BFI.