Is the Yakuza finally in Decline? 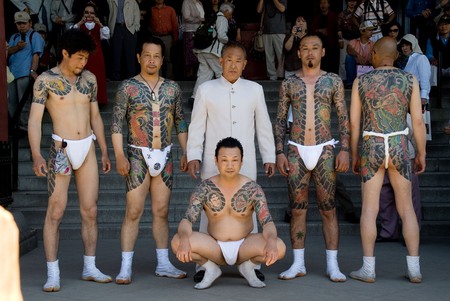 Men display their Yakuza-style tattoos at a festival in Asakusa, Tokyo | ©Jorge/Wikimedia Commons

Next time you read the latest dispiriting article on industries experiencing a downturn, spare a thought for one particular business that’s had an especially hard time of it recently – the Yakuza.

According to figures released last year, Japanese crime syndicates are currently operating at their lowest levels since record-keeping began in 1958. There are now around 39,000 active gang members across Japan (at its peak the number was more like 180,000), with membership levels steadily declining since the Japanese government introduced new legislation in 2011.

Amid the drop in numbers comes a number of recent events indicative of widespread woe – police raids following a billion-yen ATM scam, the arrest of a boss on the run in Thailand and the split of the nation’s biggest gang. Things got so bad at one stage that even the Yamiguchi-gumi, the largest and most powerful clan in the country, announced they’d cancelled their annual tradition of giving out free sweets to children on Halloween. Reading the tea leaves, this string of misfortune would suggest that the Yakuza may be headed for extinction and the only place left to find them will be on a PlayStation 4.

Japan’s relationship with domestic organised crime has always been complicated. The group’s main methods of generating income – gambling, extortion and prostitution – are illegal, but the group itself is not. Yakuza operate in plain sight in Japan; they have their own offices and business cards and have invested heavily in legitimate businesses (it is estimated that they collect at least 5% from all construction work). Politicians can appear in public with yakuza bosses without having to perform a dogeza to the press a few days later.

The prevailing attitude in Japan is that while the Yazuka engage in immoral activities, they are widely tolerated as part of a civilised society, and they even have their uses. The group was instrumental in relief efforts following the catastrophic Tohoku earthquake in 2011, and even Nintendo owes them a debt of gratitude after their playing cards were adopted by gangsters for widespread use in the late 19th century, giving the company its first major success. 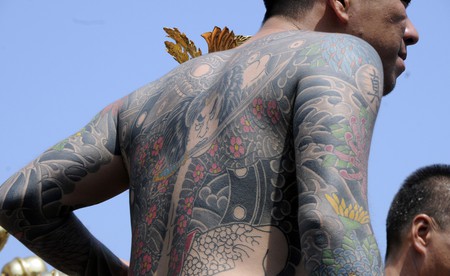 It is this nebulous relationship with Japanese business which means that, far from becoming entirely obsolescent, organised crime in Japan is simply evolving, due in part to outdated business practices. Like many firms in Japan, the Yakuza operates by way of meritocracy. This means that gang members at the lower end of the ladder get frustrated at their lack of progress, hierarchal or financial, as they struggle to make a living.

The solution, then, is for them to no longer declare themselves card-carrying Yakuza, a move which entails all sort of benefits – they can rent apartments, open legitimate bank accounts and enjoy “clean” business records, all things which would have been denied to them due to exclusion clauses under Japanese law.

Empowered by this new veneer of respectability, these individuals can branch off into other pursuits, one of which is legalised gambling. Recently-passed legislation in Japan permits the operation of casinos, a business venture which some former Yakuza are embracing with aplomb. Others are floating the idea of moving into private overseas security.

The picture that emerges is of a group that, far from going quietly, is now moving off the grid and going invisible. There are now less tattoos and severed fingers, the cultural anachronisms of membership, making Yazkuza harder to spot in the wild. With the spotlight turned on them increasingly since 2011, the clans have simply retreated into the shadows, and the death of organised crime in Japan is still a long way off.