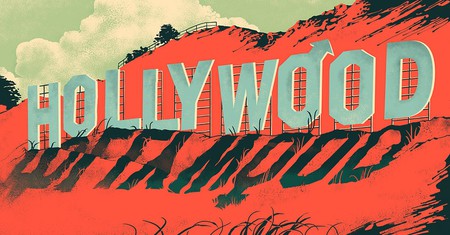 Following on from a turbulent and controversial 2017, there have been a number of initiatives and supposed positive steps taken to address the issue of gender imbalance in film and TV productions. With the release of the all-female Ocean’s 8, we take a closer look to see if things are getting any better, or if the industry is destined to remain the preserve of men.

When the #MeToo movement and subsequent #TimesUp campaign launched in Hollywood, there seemed to be a genuine hope that the film industry was waking up to what was painfully evident to most observers – that Hollywood can be a deeply unpleasant place to be if you are a woman. At one end of the scale you have the Harvey Weinstein scandal, which lifted the lid on a world of bullying, sexism and much worse. And while the allegations against one of Hollywood’s most influential producers shone a welcome light into the darker recesses of the industry, you don’t have to try too hard to connect Weinstein to the problem of gender imbalance on screen. 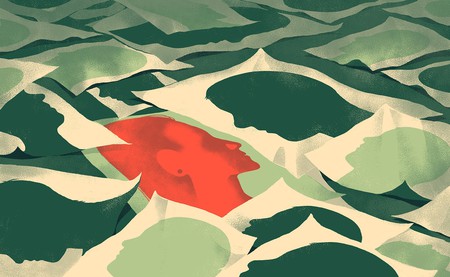 With the recent release of Ocean’s 8 – an all-female sequel to the Steven Soderbergh trilogy that originally starred Brad Pitt and George Clooney – these issues are once again thrust front and centre. The boys have been replaced by Cate Blanchett, Sandra Bullock, Rihanna and Helena Bonham Carter. So, is this release a sign that things are starting to change, or an outlier that will fade before normal service is resumed?

“No one film can change [Hollywood],” Blanchett tells Culture Trip ahead of the London premiere. The stellar ensemble cast, however, sends a pretty strong signal that it is possible to change the status quo. “The narrative in magazines and media has been to pit women against one another,” says co-star Sandra Bullock. “Men got to be part of the team, and I want to get to do what the boys get to do on film.”

Whether a female-led sequel to an existing male-dominated franchise is the big change in the industry we have been awaiting ever since the #TimesUp movement began in earnest last year is up for debate, but Ocean’s 8 certainly feels like a timely release.

The numbers are just as depressing when it comes to the ever-expanding Star Wars franchise. With 10 official films having been released since the original was unleashed in 1977, no film in the series has achieved parity between men and women in terms of screen time. The best performing film was the most recent release, The Last Jedi* (2017) at 43 percent. Bottom of the table is A New Hope, the first-ever Star Wars movie, which comes in with a lowly 15% screen time for women.

It feels like more than mere coincidence that the most recent films in these blockbuster franchises have scored the best in terms of giving female characters more screen time. Hollywood, for whatever motivations behind their actions, is being seen to be addressing historical imbalances.

Nor is this an American problem. A recent survey by the Writers’ Guild of Great Britain (WGGB) highlighted the disparity between male and female writers across the entertainment industry. Women are particularly under-represented in comedy and prime-time genres, but the problem is deeper than that. The 10-year review showed no significant improvement, with only 16% of all screenwriters in film in the UK being female. Worse still, the lengthy report also states that only 5% of all writers surveyed agreed that “the way writers are hired, and scripts are commissioned, is fair and free from discrimination“.

Award-winning British screenwriter Kay Mellor said: “No woman writer has got through without a struggle and it’s criminal that I can count on one hand how many women signature writers there are on TV right now. Sometimes it takes a collective to say ‘this is not fair’ and it’s not. It’s time things changed.” 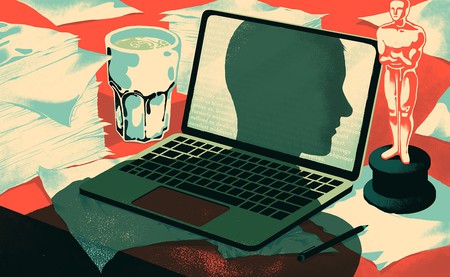 There’s obviously a long way to go, but another potential advancement could come in the form of technology.

Going back to the earliest stage in the filmmaking process, screenwriting could be about to get an encouraging overhaul with the assistance of new software. Christina Hodson, a writer who specialises in female-led action movie scripts, helped create a new version of an online tool used to write films. Highland 2 comes with a gender analysis feature that allows the writer to tabulate the number of male and female roles, as well as the number of speaking parts for each gender.

“It’s a tool for people to self-police and look at unconscious bias in their own work,” Hood says, including her own work in the analysis. The most high-profile gender test within the industry, the Bechdel Test, has been criticised in some circles for providing results without context, but in broad terms it does give an indication of how bad things have been.

In an examination of the last 10 films to win the Academy Award for Best Original Screenplay Oscar, only one passed the test. This means that Spike Jonze’s Her (2013), which featured an interaction between a ‘female’ computer program and a little girl, was the only film of the 10 to include a conversation between two women that wasn’t about a man.

The research, conducted via another scriptwriting tool, WriterDuet, doesn’t offer a definite solution and clearly technology alone won’t fix the overriding issues behind gender imbalance on screen, but it does illustrate the need for change.

More information and the full WGGB report is available on the Equality Writes homepage.