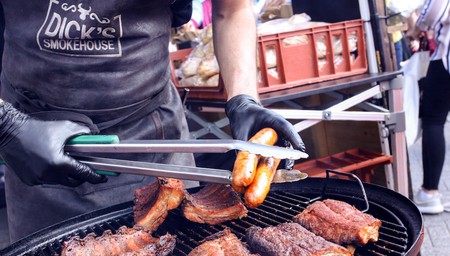 Since 2012, Digbeth Dining Club has been taking Birmingham by storm, showcasing the best street food traders from Brum and beyond. We spoke to Jack Brabant, founder of Digbeth Dining Club, about his love for street food, what inspired him to change Birmingham’s culinary scene and his plans for the future in Digbeth and further afield.

Hi Jack, thanks for taking the time to speak to us at Culture Trip. Firstly, for those who don’t know, what is Digbeth Dining Club?

Our weekly events are, funnily enough, held in Digbeth, every Thursday–Saturday plus the odd Sunday party; otherwise, we have events across the UK regularly. 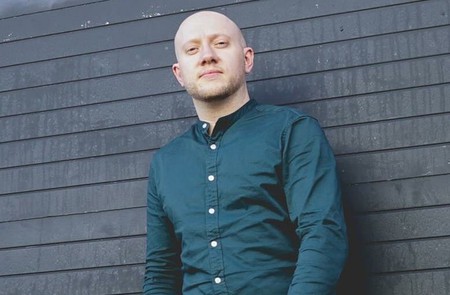 When did you start DDC? Do you remember the first event?

We started on a rainy August bank holiday in 2012 with a two-day event featuring the likes of the Meat Shack and Original Patty Men. We had a couple of thousand attend over the weekend, and we thought ‘great, we’ve cracked Brum!’ What actually happened was a very, very cold winter followed along with a lot of questioning whether we had made the right decision to go weekly. Thankfully, we persevered!

What made you want to start what is now seen as Birmingham’s street food empire?

My background is media, and I had been working for a couple of years filming the start of street food with NCASS (the trade body that represents street food traders). Mark (director of NCASS) and I would come back to Brum and bore the pants off people with our talk of street food. I had genuinely fallen in love with this scene, but many people would just look blankly at us in regards to street food. After many drunken chats, we approached Lee and James, who were involved with The Rainbow Venues. They took a chance on the idea; James and I ran with it and built it.

Why do you think street food has become so popular over the past five years or so?

The UK is a lot more switched on to food than it ever has been, and you can see that in how popular street food is. People want to know where food comes from, who cooks it, the quality of the produce, and I don’t think you get that experience per se in many restaurants. I think it’s also a reaction to a more casual dining desire. It’s no coincidence that Nandos is a favourite for first dates, as it’s less informal than other restaurants. In essence, that is what street food is, informal, fast dining. The crowds we get are so diverse; it’s a badge of pride for us running an event that appeals to any demographic. 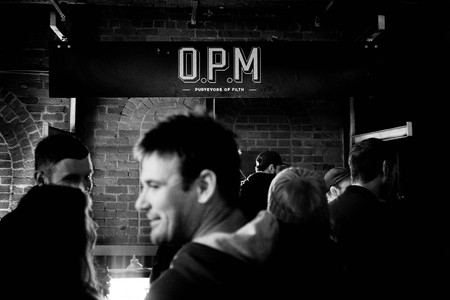 I know it’s difficult to pick favourite traders as they wouldn’t be there if they weren’t all your favourites! So, rather than asking you to choose your faves, could you introduce us to a few traders that have been particularly successful as a result of DDC?

We’ve had a number go on to open restaurants, and we can see how popular the likes of OPM and The Meat Shack have been in Brum. Further afield, you can see the likes of Dough & Brew in Warwick, Leave It To Esmie in Coventry and Caribou Poutine in Liverpool. Closer to home, the latest ones will be Baked In Brick over the road in the Custard Factory.

It’s also been great to see so many win awards; in the last year, we saw the likes of The Flying Cows win Best Burger at The Street Awards. I think it’s a testament to the quality of traders in and around the Midlands.

There’s more to DDC than just the food though, as you often hold street closures, showcase local live music and DJs and lots more. What is in the pipeline, special events-wise, and what have been your favourite events to host since DDC’s inception?

As we’ve progressed over the years, we are trying to create bigger and better experiences for every event. Birmingham is full of great talent, and we are working together to showcase all that talent whether it’s music, art, drink or food.

We are collaborating with the likes of the Hare & Hounds and MoHo for larger scale events such as Kings Heath Dining Club at Highbury Hall and This is Street in Digbeth. It’s great being in a position to put on bigger shows, but ultimately, it’s food that takes centre stage with us. 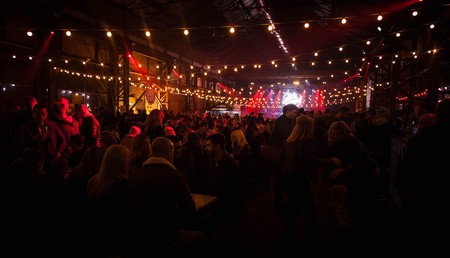 We’ve been really lucky to put on some great events over the years, but the one that stands out is Sear & Smoke, our collab brand with OPM. It’s a meat festival with the best grillers and BBQ experts from around the UK. We held our first one at Crane in Digbeth, which was just insane as a venue. As a concept, we are moving it around with our next one heading to Liverpool in May [2018].

As it’s our 6th year, we have something very special planned for our birthday in August, too.

You have recently branched out into other areas in the West Midlands like Longbridge, Coventry and Kings Heath – what has the reaction been and are there plans to branch out farther?

Since our first step out of Digbeth, we’ve organically grown more events nationwide. This is due to popularity and a real desire from the public for us to put more on. I think we now have around 20 different ‘Dining Club’-style events across the Midlands and further afield. We have some exciting projects lined up with street food organisers coming soon in other UK cities too… the future is looking exciting. 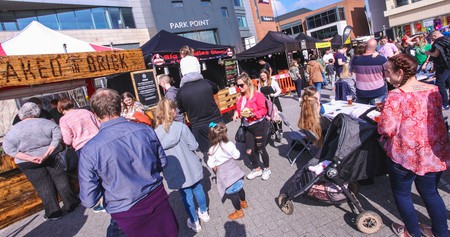 And finally – I think it’s fair to say that DDC has inspired a whole new chain of foodies and traders to get involved with Birmingham’s culinary scene. Do you have any advice for anyone looking to start out as a trader and hopefully be involved with events like DDC in the future?

Firstly, I would say sign up to NCASS. They look after all your safety and insurance needs and are a support unit for all your questions. I would be very sceptical of any trader who wouldn’t look at this site.

Research! Have you researched where you live and the events that are on or if there is work available; have you spoken to existing traders about the industry and profits? Speak to the experts about the equipment you are buying.

Be a little mad. Street food is not as glamorous as people think. It’s long hours; it’s weather dependent. It can be awful when you have no customers. The rewards are great when it’s good, but it can be soul destroying when it’s bad.

Finally, it’s a small industry, and most everyone gets on. And there is a sense of camaraderie. It doesn’t take long for word to spread if you come in with an attitude!