Inside Bristol’s Fascinating Pirate Past 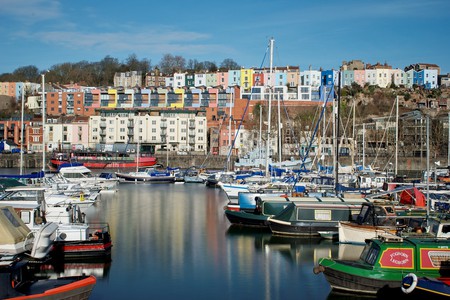 The city of Bristol is one of the most important ports in the UK, and its history is based on maritime trade. The city’s proximity to the sea and its heavy involvement in the tobacco and slave trades throughout the ages meant that piracy in Bristol was inevitable.

Piracy was particularly rife in Bristol and the West Country (the South West of England, including Cornwall, Devon and Dorset amongst other areas) between the seventeenth and eighteenth centuries. This period is known as the Golden Age of Piracy.

The South West of England was a particular hot spot for piracy and smuggling during the Golden Age. This is partially due to the shape of the coast, with many small coves that are perfect for hiding boats and smuggled goods, but also because many sea-trade routes to Bristol, London or Northern Europe cut a path through these areas. Some of Britain’s most famous pirates are thought to have been Bristolians and even today people still assume pirates speak with a West Country accent. 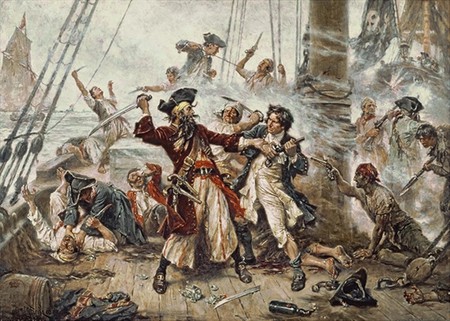 The legendary pirate Blackbeard is presumed to have been born and lived in Bristol, around the turn of the eighteenth century. He was considered particularly fearsome and would stick lit fuses in his beard so it appeared to smoke and would terrify those on board the ships he would attack. Blackbeard’s real name was Edward Teach, and many of his old harbourside haunts still exist today.

The Llandoger Trow is a pub on King Street near the harbour and has many connections with piracy. The exterior remains largely unchanged over the centuries, and, today, the inside is a bit more upmarket than it would have once been, but it is still lively and well worth a visit. 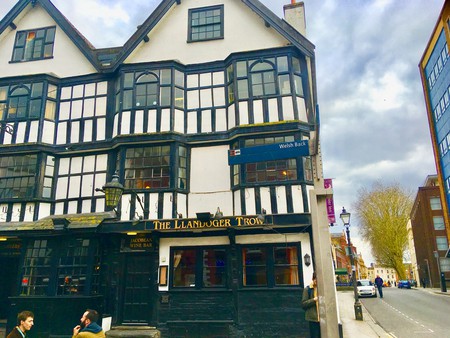 The author Daniel Defoe is also said to have met a man named Alexander Selkirk at the Trow; he became the inspiration for his famous novel Robinson Crusoe. Selkirk was a pirate that was marooned on an uninhabited island in the Pacific after a disagreement with the captain of whose ship he was on board. He remained on the Pacific island for nearly five years. He was finally rescued by privateer Woodes Rogers, who was coincidentally also a Bristolian and returned to England. Selkirk is then thought to have lived in Bristol, where he later met Defoe.

Another connection with piracy Bristol has is, of course, Robert Louis Stevenson’s Treasure Island. The novel begins in the Spy Glass Inn, a pub which Stevenson’s fictional Long John Silver runs with his wife. Stevenson is thought to have gotten inspiration for The Spy Glass Inn from another Bristol pub called Hole in the Wall, which is located on Queen’s Square just five minutes from the Llandoger Trow. This is thought to be the case because, in Treasure Island, Silver’s pub has a hole in the wall, allowing those inside to spy on those wanting to enter without themselves being seen. The point of such a feature was so those inside the pub could avoid being press-ganged into joining the navy or the crew of a ship, and it was apparently unique to Bristol. However, this was quite a common feature at the time and therefore it’s questionable as to whether this particular pub provided the inspiration. It is even disputed whether Stevenson had even been to Bristol before he wrote Treasure Island. 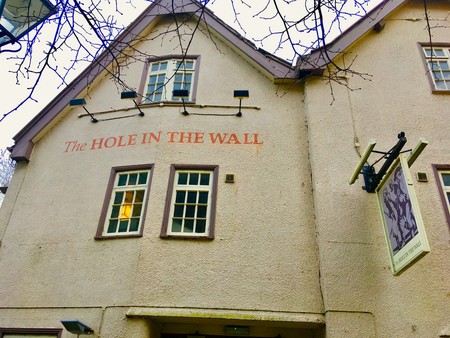 Although many famous pirates, both real and fictional, did come from Bristol and the West Country, the infamous ‘pirate accent’ with a strong rolling ‘arrr’, was immortalised by actors on film. Part of the reason why this accent is so closely associated with pirates could be due to the actor Robert Newton. He played Long John Silver in Disney’s 1950 production of Treasure Island, the 1954 film Long John Silver, and the 1955 TV series The Adventures of Long John Silver. He also played the titular figure in the 1952 production Blackbeard the Pirate. Newton was from Dorset, a county not far from Bristol, where the accent is pretty similar, and perhaps it was due to Newton’s accent that all pirates on stage or screen still tend to speak with a thick West Country accent. 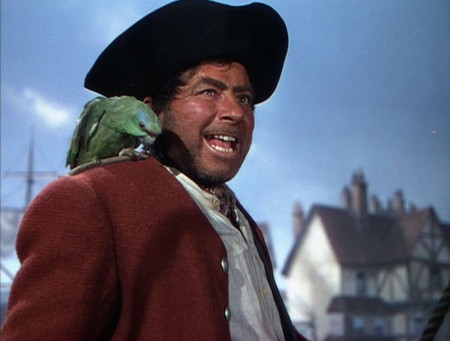