Ian McEwan's Latest Novel Has the Writer in a Nutshell 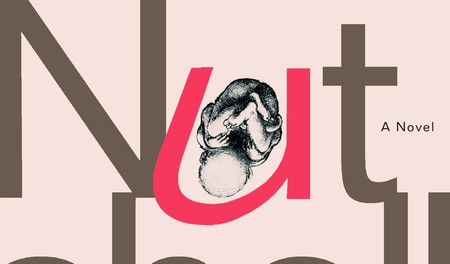 Ian McEwan’s Nutshell features the novelist at his best, combining the unsettling morbidity of his early works with the wit and depth of his later publications. 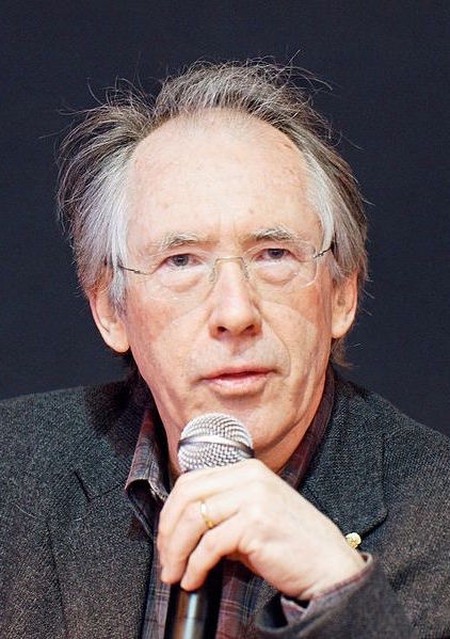 No generation can do without being endowed with some sort of celebrated literary clique, and many have been quite happy to assemble a few. After all, who could budding writers possibly revere, or revile, if it weren’t for the legendary likes of New York’s Algonquin Round Table or Paris’ Stratford-on-Odeon? A favorite of mine happens to be McEwan’s own, which has included in its Friday lunch roster — since its inception in the mid-1970s, and until the early 1980s — such talents as Martin Amis (and occasionally Kingsley), Clive James, Christopher Hitchens, Julian Barnes, Robert Conquest, James Fenton, Christopher Reid, Peter Porter, Craig Raine, and many others… Their weekly meetings were known, as these things always are, for their combination of stalwart drinking and competitive wit, though McEwan himself was said to be something of an outsider. Hitchens, otherwise a close friend, describes him during that time as having ‘the same vaguely unsettling qualities as his tales’ — a soft spoken, nature-loving, “hippyish” (according to Amis junior) man with a fierce interest in hard sciences. By the early 1980s he was nicknamed “Ian Macabre”, having penned two successful sordid novels, and two darker short story collections.

And so it goes that at first glance, McEwan’s fifteenth novel Nutshell upholds McEwan’s brand of unhinged louche, and so with a well-worn tale of marital murder. There is deceit, a few million pounds, an unreliable narrator, some poison, and a little more deceit (for good measure). There is also Trudy, the estranged pregnant wife of poetry editor John Cairncross. Her new lover Claude happens to be her husband’s brother; the two plan to murder Mr. Cairncross in order to inherit the family home, a decrepit hunk located in prime real estate location.

Yet stopping there would be discounting what makes the novel rise above that standard set: its narrator is an unborn baby growing inside the protagonist’s belly. McEwan blesses his fetus with the same kind of authorial voice and sophistication that Martin Amis did with his “conscience” in Time’s Arrow (1991) — in this case, an immense knowledge of poetry and geopolitics, a taste for fine wine, and near-Nabokovian wit. Like Amis’ narrator, who marveled at great orderly time (he lived it backwards), our embryonic guide is a little confused by his environment, a mostly passive and inconstant observer to events he cannot fully comprehend. Indeed, cultivation cannot help the fact that a womb makes a poor vantage point when trying to keep up with murderous action.

Thankfully, this setback gives him plenty of opportunity to indulge his delectable mind, as easy to vent on politics—

’we’ve built a world too complicated and dangerous for our quarrelsome natures to manage. In such hopelessness, the general vote will be for the supernatural’;

‘pessimism is too easy, even delicious, the badge and plume of intellectuals everywhere. It absolves the thinking classes of solutions.’

as he is to question his mother’s choice of drink—

’Marlborough Sauvignon Blanc. Not my first choice, and for the same grape and a less grassy taste, I would have gone for a Sancerre, preferably from Chavignol.’

If a further sarcastic rant on identity politics makes for a wildly entertaining read (to the theme of: if Trudy chooses not to see herself as a murderer, perhaps we shouldn’t question it), it is the poetic references McEwan riddles throughout the book, a nod to the father and unborn son’s interest in verse, that strike as most appropriate. Hamlet haunts the work, from its title — ‘Oh God, I could be bounded in a nutshell and count myself a king of infinite space’ is the novel’s epigraph — to its narrative parallels, which are complemented by a ghostly apparition, as well as references to Stephen Dedalus’ Bard-induced interpretation of fatherhood. Poetry is constantly recited during touching moments: The most powerful, perhaps, being the narrator’s imagined letter to his endangered father, in which he calls upon an unnamed 14-line poem (‘It summoned a rival, mighty in talent or social rank or both, and it bowed in self-effacement’ — my guess is on Sonnet 29), hoping for his acceptance.

In a New York Times book review of Transparent Things, Mavis Gallant quipped that Vladimir Nabokov, ‘having spent his life building the Taj Mahal, has decided at the age of 73 […] to build a small mock replica’. The same could be said for McEwan, who, at the age of 68, has given us an intricate little book blending the most important markers of his literary progression. In it, one can find the disquieting mystery of his early short stories (the narrator, in particular, reminds of “Homemade”) alongside the intellectual depth, constant theorizing and moral squalor of Amsterdam (1998), all perfectly tied up in a winsome fable. It is comforting to know too that McEwan, one of the great writers of his generation, part of the defining clique of his time, continues to carve his talents into jewels 40 years on. At least us fledgling few still have someone to look up to.