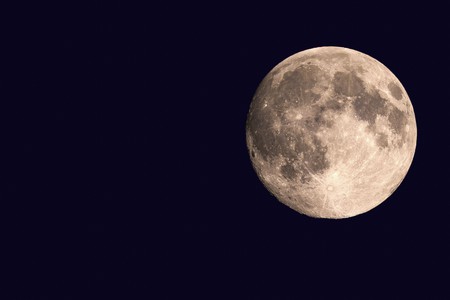 Have you ever tried to take a picture of the moon and been disappointed with the outcome? All too often, your camera will depict a tiny white dot. This happens due to the focal length of your camera being too short. In order to capture a perfect shot, avoid using a wide-angle lens as it prevents you from capturing any detail on the moon’s surface. Here’s how to take your amateur moon pictures to the next level and photograph the moon like a pro.

First, to take your expert shot of the moon, you will need two vital pieces of equipment – a digital single-lens reflex (DSLR) camera with a telephoto lens and a stable tripod. 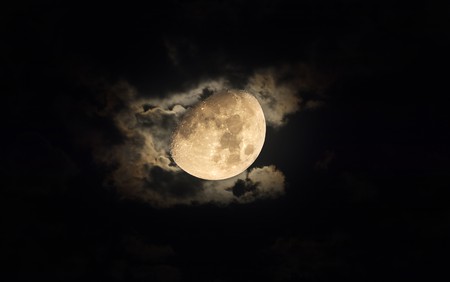 The moon on a cloudy night │ | © KS-Art/Shutterstock

It’s a great idea to check the eight phases of the moon in the lunar calendar during its 29- to 30-day cycle. This will enable you to determine when there will be a full moon, along with providing information on when it’s at its brightest and closest to Earth, allowing you to capture the best picture. To make this task easier, there are websites and apps such as My Moon Phase that can give you all the information you need. The calendars will also give you details of lunar events such as the approximate dates of the next eclipse or supermoon.

Bear in mind that the weather conditions will affect the outcome of your shoot. On a clear night, the moon will be fully visible and defined, whereas on a cloudy evening, the textured sky will add to the depth of your image. 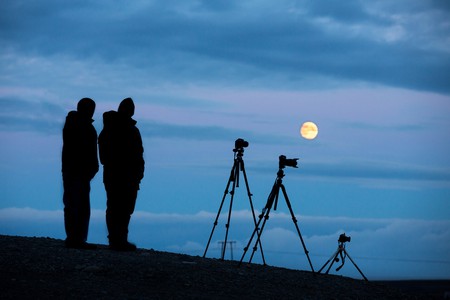 A DSLR camera allows you to alter the light range, allowing for shooting in low lighting conditions. This is perfect when shooting at night. In addition, make sure you use a telephoto lens of 200mm (7.8 in.) or above. By increasing the focal length of your lens, you will achieve greater magnification and detail. An 800mm (31.5 in.) lens will allow you to capture a detailed shot of the moon’s cratered surface.

Set your camera to shoot in RAW format (meaning the camera’s sensor records the maximum amount of image data and creates a bigger file size). This in turn means you have more information to work with when it comes to post-processing in order to produce the highest-quality image.

Set your camera to manual mode and your lens to autofocus. As a base, start with an aperture of F11, a light-range setting of ISO 200 and a shutter speed of 1/125 second to take your first image. From here it’s trial and error, altering the shutter speed until you have found the right exposure and experimenting with the aperture until you find the perfect composure.

By using the live mode on your camera, you’ll be able to alter these settings and see the effects on the camera’s LCD (liquid crystal display) screen. As the light reflected off the moon is so bright, it can be difficult to find the right exposure to compensate for the foreground. In this case, it’s a great idea to take a series of images in different exposures that can later be combined and overlaid in post-processing software such as Photoshop.

You will need a sturdy tripod on a stable surface to avoid all chances of camera shake, which will blur your image. Either use a remote shutter release or set your camera to self-timer mode to trigger the shutter button from a distance. This will avoid any movement your finger would cause when pressing down on the shutter release button. 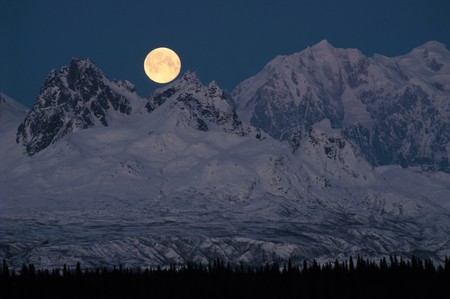 Choosing a location is key when taking pictures of the moon. The composition of your shots will set yours apart from the thousands of already existing lunar images.

Be adventurous – why not include a foreground such as a city or landscape, or natural elements such as a mountain range or forest? Even the reflection of moonlight on a body of water will add scale and dimension to your picture.