How to Spend 24 Hours in Birmingham, UK 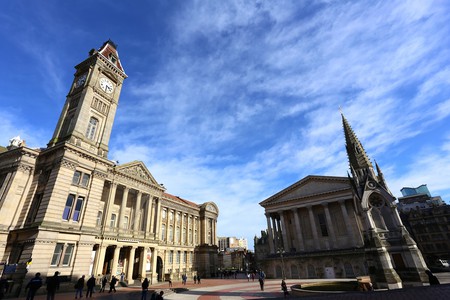 Birmingham, the UK’s second city, is surprisingly somewhat of a hidden gem in the heart of the UK. Famous for Cadbury chocolate, the Bullring and its picturesque canalside, this city has it all. If you’re short on time, here’s how to spend 24 hours in Birmingham!

Fuel up for the day at Yorks Cafe

Any city explorer will know that a day of exploring needs two things: an early start and a hearty breakfast. That’s where Yorks comes in! Situated a mere stone’s throw from the city’s shiny New Street Station, Yorks serves up some of the best breakfast to be found in the city centre, and it’s within walking distance of most central hotels and attractions too. They also roast their own coffee.

Take the short walk to New Street Station and hop on any of the Cross City train services to Bournville, where you can spend a few hours at Cadbury World! Here you’ll be able to take a self-guided tour of the home of Cadbury chocolate, featuring exhibitions on its early inception through to advertisements down the years and the manufacturing process itself. You’ll even get to sample some chocolate on your way around the factory and unleash your inner child with their Cadabra ride and interactive zone.

Pro tip: If you have time, head into Bournville Village and explore the historic area built by the Cadbury family. 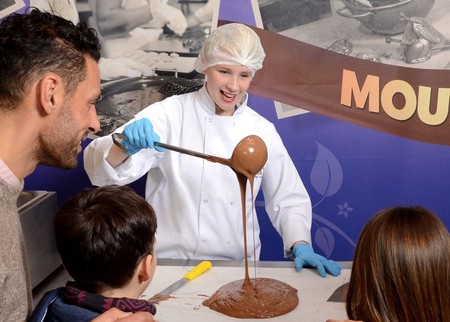 Spend a couple of hours at Birmingham Museum & Art Gallery

By now we imagine you’ll be pretty parched, so Birmingham Museum & Art Gallery’s Edwardian Tearooms should be your next stop in the city. Hop back on the 15-minute train from Bournville to New Street and take the short walk to Chamberlain Square, the home of BMAG and the Edwardian Tearooms. Once you’re done indulging in tea and cakes, get exploring the museum and art gallery, which regularly exhibits some of the rarest artefacts to be found in the country and some rather impressive paintings too.

Pro tip: The Edwardian Tearooms closes at 4:30 pm with the Museum & Art Gallery closing at 5 pm, so you’ll need to factor this into your travel times.

View the city from above

Around a 10-minute walk from BMAG is the Library of Birmingham. Now, we’re not suggesting that you spend a good chunk of your 24 hours in the city reading books (well, you could if you really want to!), but this rather eye-catching building just so happens to be one of the largest public libraries in Europe, houses more than 400,000 books and offers superb views of Birmingham from its two secret gardens. 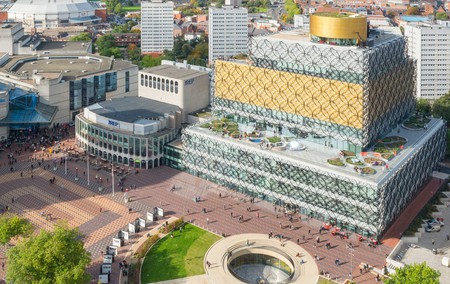 Birmingham is connected incredibly well by its canal network, and Gas Street Basin is one of its most impressive points. Home to a number of canalside pubs and bars, like Pitcher & Piano and The Malt House, this is your perfect opportunity for a couple of early evening drinks – it’s particularly worthwhile in the summer!

Birmingham’s canal network is fairly central, which makes getting back towards the New Street area a doddle. Just a 10-minute stroll away is one of the city centre’s best streets for bars. Start at The Stable, a cider and pizza bar, for some food before heading to Brewdog and Turtle Bay. Just opposite Turtle Bay, you’ll find Cherry Reds, a quaint independent café bar, and last but not least, a little farther on is The Victoria, one of Birmingham’s most loved pubs. 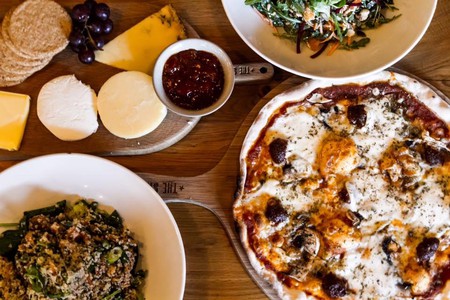 Go to a gig at The Sunflower Lounge

Just around the corner (it’s almost like we planned this out, isn’t it?) from John Bright Street is The Sunflower Lounge, one of Birmingham’s best independent music venues. This two-floor bar and 120-capacity basement music venue has seen acts like Wolf Alice, Royal Blood, Dua Lipa, Foals and Klaxons cut their teeth before going on to play huge arenas and festivals around the world. Local music venues are the lifeblood of the music scene, so who knows, you may be seeing the next Dua Lipa before your very eyes.

Lose your dignity at Snobs

Our last suggestion on how to spend 24 hours in Birmingham comes in the form of Snobs. The club that’s probably most synonymous with Birmingham, Snobs has been offering three floors of the best indie, alt, retro and hip-hop tunes every Wednesday, Friday and Saturday night since before most of us were even born. Snobs turned 45 in 2017, and it continues to be one of Birmingham’s biggest nights out. And despite moving venues a few years ago and leaving the sticky floors behind with it, the legacy of this place still goes strong. 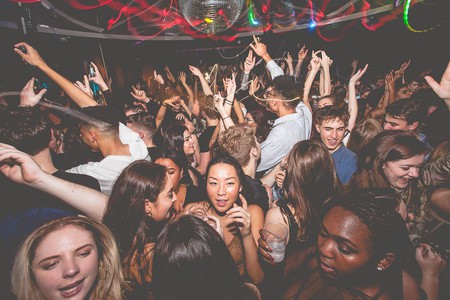 A crowd at Snobs Nightclub, Birmingham | © Jonathan Morgan
Give us feedback