Living off the Land: How to Forage in Your Back Garden 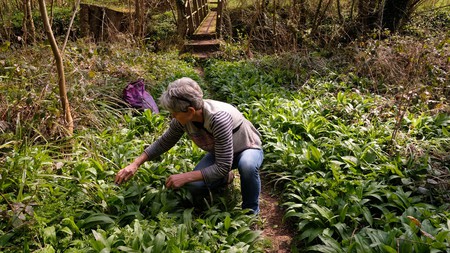 As people start to savour time outdoors, foraging from your own backyard can provide much-needed creative excitement. Find plants and herbs to pep up your next meal, everywhere from in your garden, to the local inner-city park or riverside.

If you’re based in the UK, you’ll likely have spotted social media posts discussing wild garlic. It was seemingly everywhere – in pestos, oils and even being used to perk up some mayonnaise. As the country emerged bleary and blinking into the dewy springtime, apparently so did every enterprising living-off-the-land pilgrim.

As restaurant menus have moved towards fresh produce and seasonally focused menus, the average person has also started to explore. Step forward foraging. Common things to be found in the UK that can be used to liven up food include the aforementioned wild garlic, wild fennel, dandelions and even stinging nettle, alongside popular fruits such as blackberries. 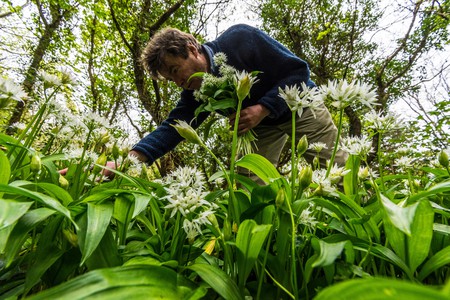 While it may seem like something that is restricted to those lucky enough to live in the countryside, there is plenty to forage for in the city too. On just about every street corner, in every park and even your garden, foraging is far more accessible than you may think.

Don’t immediately rip those weeds in your garden out. Dandelion, nettles, chickweed and hairy bittercress can all be used in salads, turned into pesto for pasta dishes or even used to liven up some chicken or fish. The Woodland Trust is a wealth of information and lists exactly how to identify weeds, and how to use them.

If you’re lucky enough to live in North London’s Stoke Newington, you’ve hit a wild garlic jackpot, while those in Hampstead are surrounded by a cornucopia of options. Hampstead Heath is one of the city’s best-known parks, and there’s plenty to pick. You’ll find sloe berries on the blackthorn bushes (cue gin o’clock!), and keep an eye out for elderflower (think cordial, or even salad toppings) and hawthorn berries, which can be made into jam. 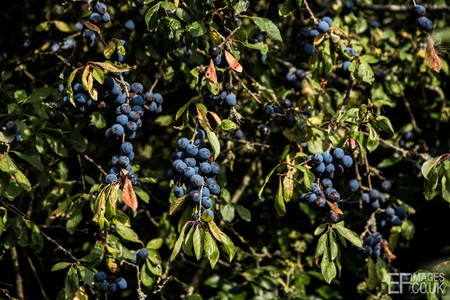 Cities can be far more bucolic than you might think, and London’s residents have certainly caught on. So much so, in fact, that a number of people have formed foraging groups. Forage London even offer workshops as far afield as Hampshire and Dorset. Foraging in the city has become so popular that restaurant concepts have even developed around it. 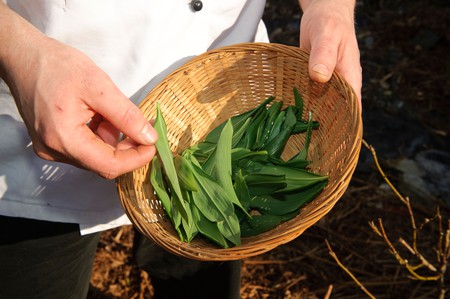 Among these is London-based Flat Earth Pizzas, a restaurant was born out of a love for foraging. “As a child, we would come home with puffball mushrooms in the winter, nettles in the spring and wild fruits in the autumn,” explains co-founder Sarah Brading. This love travelled to the city with her, where she now lives in a narrowboat on the canal where she has “front row seats to changing seasons and the produce that nature provides”.

Sarah says her foraging is driven by what would work for pizzas and pastas, listing her three favourite plants to look for: “wild garlic in the Norfolk woodlands from late February to late May, samphire from the Essex Coast in June and July, and Blackberries from Hackney Marshes in late summer.” 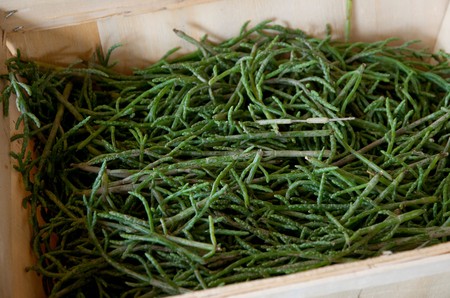 Pizza may not be a food that is immediately associated with foraged goods, though Flat Earth Pizzas do follow a traditional Italian process in some respects – using what’s on hand during the seasons, and pickling or fermenting it later if there’s an excess. Although, Sarah adds, “we don’t [always] follow tradition at Flat Earth, and it works! We swap OO Italian tipo flour for UK heritage grain and spinach for nettles, and have been praised for our samphire and sea leaves which, when pickled, add another dimension to a humble margherita pizza”. Another Flat Earth favourite is nasturtium capers (seed from the plant that can be harvested in late summer when the flowers fall), which give a peppery kick to meals.

The uses for foraged ingredients do not stop at food. Richard Osmond of Forage Well is working with a gin distillery to produce a range of gins and absinthe made from foraged wild herbs. “We’re launching a range of gins called Evergreen, each of which uses a different pine tree from our local forest as its featured botanical,” he explains. “As well as a centenary gin for Welwyn Garden City using local lavender.”

He’s also producing an absinthe that gets back to the spirit’s roots, foraging for Artemisia absinthium (grand wormwood), which historically has been the base of absinthe. In the past, the plant has been believed to be a hallucinogen, something which has since been attributed to the strength of the spirit rather than the plant itself. Richard, who started foraging aged eight, followed his passion through to university, where he studied “a lot of medieval literature, herbal and medical texts in particular”. 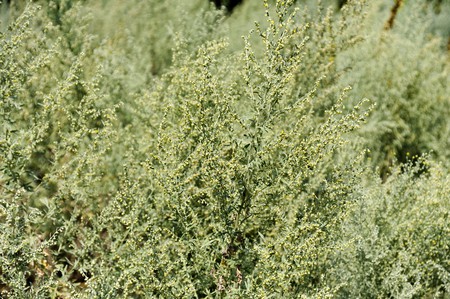 Following in the footsteps of Sarah and Richard is easier than you might think. Sarah advises would-be foragers to “read up, go on a foraging course or two, and don’t eat what you’ve picked until you have 100 percent identified what it is”.

Richard’s attitude is to “be curious like a birdwatcher, not hungry like a chef”. He adds, “if you only care about finding food, you will kid yourself into thinking you have found something tasty when you haven’t.” Then there are the social factors to consider: asking permission to forage on private land, not pilfering the entire selection of whatever you find, not uprooting bulbs and allowing plants to replenish. 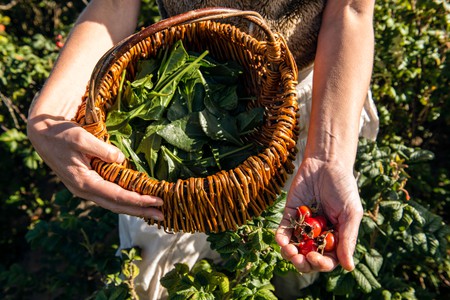 The benefits of foraging, however, can be abundant – not simply due to the physical bounty, but also because of the experience of foraging itself. Sarah describes finding apple trees in Haggerston Park, and nettles in a Victorian cemetery in London, and discusses the sensation of discovering parts of the city she never knew existed.

“Collecting wild garlic as the sun rises in an ancient woodland is the most beautiful feeling,” she says. “As is picking sea vegetables to the backdrop of the wheet of a sandpiper or skylark.” The experience of being so wholly encompassed by the outdoors is something many have been craving during these extended periods inside. Perhaps foraging is the nectar we’ve all been needing, the antidote to the four walls of home. 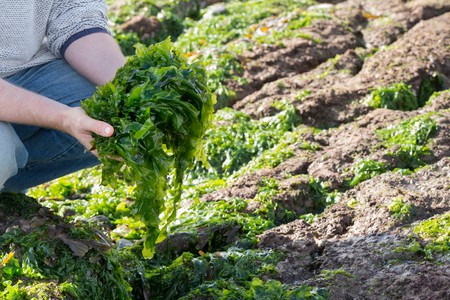