The Relationship Between Stonehenge and the Summer Solstice 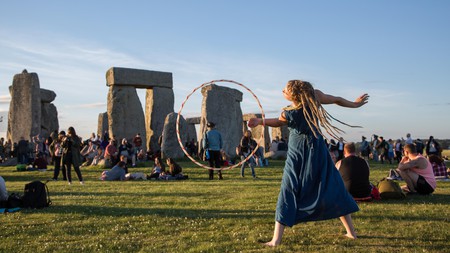 Every year, thousands of people gather at Stonehenge in the southwest of England to celebrate the summer solstice. What does the prehistoric stone circle have to do with the longest day of the year?

The spiritual significance of Stonehenge

If there is one thing that England is famous for, other than the beloved Queen, it’s Stonehenge. This unexplained, neolithic, giant stone circle on the A303 in southern England has baffled historians for centuries. How did it get there? What is it for? Why is it even here? One theory, claimed by Druids, is that these towering blocks connect the Earth, Moon, Sun and seasons together.

No day does this seem more true than on the summer solstice. When the sun rises on the longest day of the year, the morning beams perfectly align between the stones and meet the central altar. This holy matrimony of sun and stone is welcomed by cheers and shouts of joy by thousands who have stayed up all night to celebrate midsummer, along with a chorus of white-cloaked and hooded Druids singing “Arises ‘o’ Sun!” with the dawn chorus.

Celebrating as the sun reaches its highest point at Stonehenge is no new tradition. From the early ’70s to mid ’80s, it attracted a carnival of new-age travellers, neo-Druids and other alternative communities to dance among the stones at the Stonehenge Free Festival. This was shut down by the authorities in 1985, and ended with the brutal Battle of the Beanfield. Stonehenge reopened its doors to sun worshippers, hippies and pagans in the summer of 1999, and the event now attracts anywhere between 10,000 to 30,000 people every year. 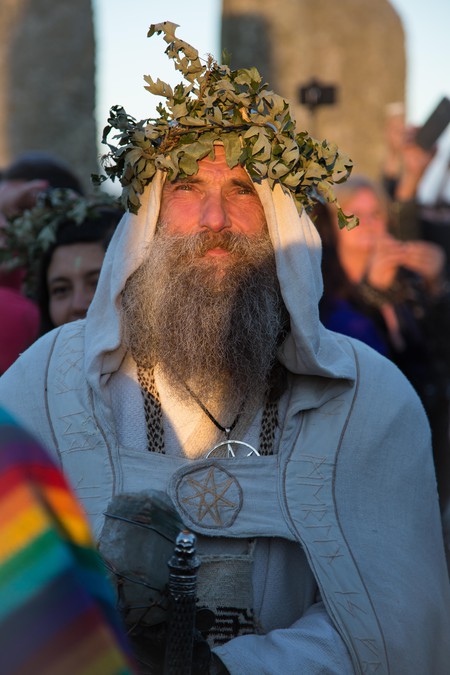 To witness solstice traditions at their best, arrive at Stonehenge before the sun has set the day before. Druid purists lead a sunset ceremony before processing around the stones three times, believing that this ceremonial act acknowledges the sanctity of the site and that it introduces them to the spirits and higher beings of Stonehenge.

As the morning draws closer, worshippers will begin to set up small circles, within which they will call out to the elements, make speeches and recite prayers, before turning to face the rising sun and raising their hands. This group celebration and prayer is said to summon good energy and send it out around the world. 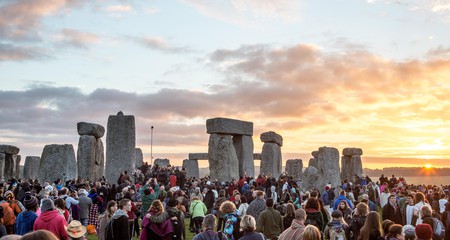 Given the country’s pagan history, summer solstice celebrations are important rituals throughout England, and are not unique to the country’s most famous stone circle in Wiltshire. In Cornwall, a relay of bonfires are lit across the highest points and tors of the moors, from Ding Dong in Madron to Bodmin Moor’s most northern reaches, with each ignition being a signal to light the next. In Penzance, the Golowan Festival, which is Cornish for midsummer, ends in a riot of colour and music in a street party that rages through the town on the first Saturday after the solstice every year.

For those who want the solstice experience without the hordes, England has over 1,000 stone circles, from Casterligg in the Lake District, to Swinside in Cumbria, the Rollright Stones in Oxfordshire and the Duddo Stone Circle in Northumberland. Watch the beautiful sunrise and celebrate the solstice far from the madding crowds. Perfect. 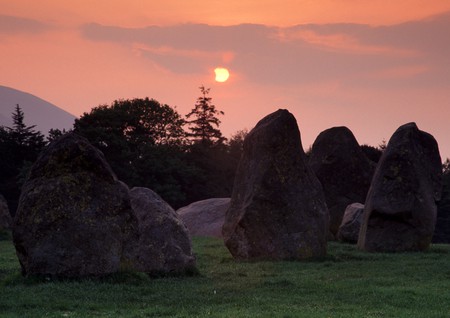 Castlerigg summer solstice eclipse in the Lake District, a quieter alternative to the crowds at Stonehenge | © Gary Stones / Alamy Stock Photo
Give us feedback