How to Celebrate Black History Month in the UK 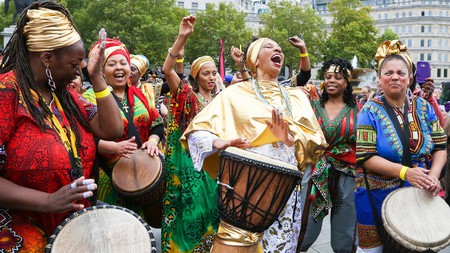 While many events have moved online this year, there are still plenty of ways to observe Black History Month in 2020 | © Dinendra Haria / Alamy Stock Photo

Black History Month is held every October in the UK. There are a number of events taking place across the country to celebrate the impact and influence of black people throughout British history, and there is an added significance given the importance of the Black Lives Matter movement over the summer of 2020.

There are usually a number of great talks and exhibitions held during Black History Month, but these have – of course – been curtailed somewhat by the ongoing coronavirus pandemic. There will still be some in-person events going ahead, but this year the focus will be on virtual and online resources.

The best place to start is the comprehensive Blackhistorymonth.org.uk website, which covers the whole of the UK and is updated regularly with news and information. This is a year-round resource which includes in-depth features, interviews and explainers for every visitor. We’ll pick out some of the best events posted in their regional section, but for the most up-to-date listings, make sure to bookmark their guide page.

Meanwhile, this year’s London Film Festival will be launching with a new film by Steve McQueen, focussing on racial tensions in and around Notting Hill in the 1970s. Mangrove stars Letitia Wright, Shaun Parkes and Malachi Kirby and will be receiving its European premiere on 7 October. The film will get a limited release in cinemas, but fans around the country can watch the film at virtual screenings, which will be an important part of the festival this year. 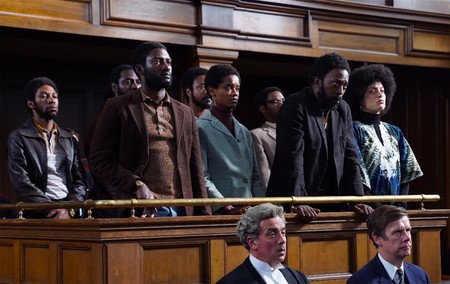 Over on Sky History, a season of new documentaries will run alongside classic features throughout the month. There will also be an important social-media-led campaign called 31 Faces Of Black British History, telling the stories of figures throughout British history who have often been overlooked or marginalised because of their race.

London boasts a particularly strong schedule of events – all open to the public – which take place throughout the year, but that doesn’t mean there aren’t plenty of other significant regional walks, talks and exhibitions being held around the country. Here’s our pick of the very best events taking place this October.

The Windrush Caribbean Film Festival was scheduled to go ahead in person this year in Birmingham, but due to Covid-19 restrictions, the event is now running online. This important series of films honours the stories and experiences of the Windrush generation and is a great resource for anyone looking to find out more about a modern British scandal.

This selection of moving portraits will be on display in Bristol from October until the end of the year. The subjects are individuals who left their homeland to make the journey to a new life abroad. The company is entirely made up of Bristol-based photographers, and this exhibition is led by local artist Garfield McKenzie.

Art Gallery
Facebook
Email
Twitter
Pinterest
Copy link
Share
Map View
Birmingham is known as one of the most diverse cities in the UK. It has a number of modern art spaces, and the aim of this short event is to highlight some of the lesser-known pioneers. This free exhibition was originally intended to run for only one day, but due to Covid-19 and the need to social distance, additional dates have been added to keep everyone safe.
Open In Google Maps
King Edwards Road, Birmingham, England, B1 2AA, United Kingdom
+441217804141
Visit Website
Give us feedback
Give us feedback