How This Southampton Pub Became the Consulate of a Literary Kingdom 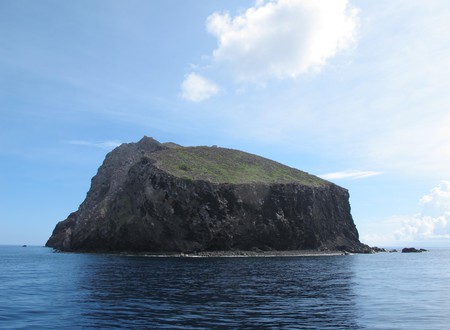 Very few people will have heard of the Kingdom of Redonda, however, this mile-long uninhabitable volcanic rock island, located in the Caribbean, boasts a rich literary heritage. With a self-styled king and a host of celebrity dukes, it may initially be hard to see the link between this island and a traditional pub in Southampton.

Redonda lies between the islands of Nevis and Montserrat in the West Indies and is currently a dependency of the country of Antigua and Barbuda. In 1493, Christopher Columbus found the island. He never set foot on it, but he named it Santa Maria la Redonda for its round shape. The origin of the kingdom begins in 1865, when Irish trader Matthew Dowdy Shiell arrived at the island and claimed it as his own. Shiell handed the self-appointed title of king to his son, also Matthew, who pronounced himself King Felipe. Matthew was a writer of fantasy and adventure fiction. 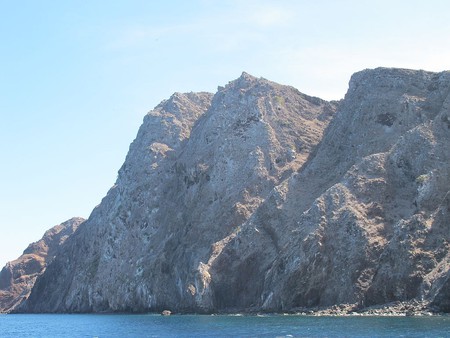 The west cliffs of Redonda | Invertzoo/Wikicommons

After King Felipe’s death in 1947, his friend, the poet John Gawsworth, was nominated as King Juan. In the 1950s, King Juan generously bestowed honours on friends and literary celebrities. Some titles were given out simply in exchange for a drink, and very few of the current title holders have ever even visited the realm. Celebrities that are known to have held, or be currently holding, titles associated with the kingdom include director Francis Ford Coppola and children’s author Philip Pullman. Other notable literary giants such as Umberto Eco, Ray Bradbury, J.M. Coetzee, Dylan Thomas, Arthur Ransome, Henry Miller, Alice Ann Munro, Dorothy L. Sayers, and J.B Priestley were also honoured as peers of the Kingdom of Redonda.

In 2016, the Redonda Restoration Programme was created. Locals and volunteers removed goats and baited rats. This restoration could lead to an increase in the population of seabirds on the island, which could have a positive effect on biodiversity in the Eastern Caribbean region.

His successor, King Leo, also known as William L. Gates, came into “power” in 1989 and claimed that “The title of King of Redonda is a valid legal entitlement … just the same as the title of Lordship of the Manor.” However, it’s a title that is hotly contested since currently there are many individuals claiming to be the sole legitimate king of Redonda.

One rather unlikely title-holder of Redonda is Bob Beech, the landlord of the Wellington Arms pub in Southampton. In 2007, Beech received a Redondan knighthood, and the pub was granted status as a consulate of Redonda by King Leo.

The Wellington Arms then attempted to declare itself an embassy of Redonda to gain diplomatic immunity and avoid the nationwide smoking ban, which was introduced in England as a consequence of the Health Act 2006, which made it illegal to smoke in all enclosed work places.

Cardinal Elder, speaking to the BBC in 2007, a regular at the pub at the time, said that “If it works we won’t have to enforce the smoking ban—I think it will be good for the pub and the Kingdom of Redonda.”

However, this was not to be. The British government recognises Redonda as a dependent territory of Antigua and Barbuda, therefore, it is not entitled to establish an embassy or high-commission in the U.K.

However, the Wellington Arms still claims its status as the British consulate for the Kingdom of Redonda, which is marked by a plaque inside the pub. This traditional Southampton pub is worth a visit, not only as a tourist attraction but to sample the selection of real ales and enjoy the cosy interiors and a beer garden with, of course, a covered smoking area.