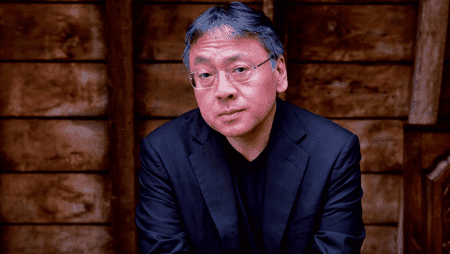 Prizes are not without their controversies, but if there was ever a doozy, it was last year’s selection of Bob Dylan as the Nobel Laureate in Literature, prompting hosannah’s from bookish liberal-art dads and face palm splats from just about everyone else. My UK counterpart and I even went to the ring to debate whether awarding the counter-cultural icon was damaging or dignified. It didn’t help that Dylan nearly rebuked the prize, forcing the Swedish Committee that awards the Nobel to jump through hoops just to get the songwriter on the phone. Patti Smith had to accept the prize in his place. And just when the hoopla seemed to die down, a rather damning plagiarism accusation befell the aging bard. It seemed that the world’s foremost literary award had slipped from nobility.

But this morning, a notification awaiting on my phone brought much needed relief. Kazuo Ishiguro, the widely lauded British novelist, had been selected as this year’s laureate. Yes, a genuine writer. And while there may have been some groans from the edges of the Twitter-verse, particularly a faction of the literati who believe the prize should herald the virtues of undersung writers, the applause seemed to deafen it out.

I was one of those who found myself clapping. While Ishiguro may be a blockbuster, bestselling, three-film-adapted and trophy-case-filled novelist, he is one of the very few literary fiction writers to challenge the dominance of commercial fiction. His is the secret formula that combines literariness with mass appeal, a recipe shrewdly cracked by Sara Danius, the permanent secretary of the Swedish Committee who stated: “If you mix Jane Austen and Franz Kafka then you have Kazuo Ishiguro in a nutshell, but you have to add a little bit of Marcel Proust into the mix. Then you stir, but not too much, and then you have his writings.”

But there is one ingredient to Ishiguro’s work that is entirely his own: the enigma of identity. The son of Japanese emigrants, he arrived in Britain at the age of five, and grew up in a household that kept its Japanese heritage alive from within, and with a front door that opened into a vastly different society and culture. “While I don’t regret that move,” Ishiguro said to the New Yorker, “I guess there was a sense from a very early age that there was this other world that kind of faded. There’s a whole world that you perhaps don’t even realize that you love until you’ve lost it.”

Ishiguro has spent a career diving into the deepest recesses of the psyche, a sea which he shows us can never be fully illuminated. In The Remains of the Day (1989), which won the Man Booker prize, an aging butler narrates his life, slowly piercing a shell formed around regret and remorse as he does so. In his Kafkaesque work The Unconsoled (1995), a career pianist’s disorganized schedule outlines far bigger problems, and in his seminal novel Never Let Me Go (2005), the isolation of a boarding school allows it to keep a brow-raising secret.

As simple descriptions, these plots may seem like page-turning intrigues, but with Ishiguro there is no a-ha moment. Rather, metaphysical actualities are what dawn upon the reader. “I quite like language that suppresses meaning rather than language that goes groping after something that’s slightly beyond the words,” Ishiguro told Electric Literature. “I do like a flat, plain surface where the meaning is subtly pushed between the lines rather than overtly expressed.” Refrain is Ishiguro’s great talent, he is able engage with the psychogenic of metaphors by reaching into their abstractions, and quietly observing, as though behind mirrored glass, the behaviors of what he pulls out. That is he is able to do so in a way that is inviting to many, rather than exclusive is a gift worthy of a Nobel.