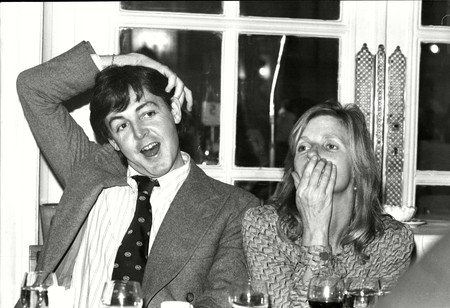 Remember the days of making mixtapes for the significant individuals in our lives? With the rise of streaming services, personalized playlists are always appreciated, but there’s something extra special about a freshly burnt CD covered in doodles and a ridiculous title like “RyMan’s Awesome Summer Mix” (the author of this article can neither confirm nor deny the existence of said compact disc). It’s a tradition that’s been lost with shifting technologies.

While we all would like to think we are mixtape-making champions, none of us can claim to have produced anything as cool—or revolutionary—as Paul McCartney’s 1965 custom vinyl mixtape.

Titled Unforgettable, McCartney only produced three or four versions of the homemade record, gifting them to his Beatles’ bandmates George Harrison, John Lennon, and Ringo Starr for Christmas that year. The record contains original sketches, avant-garde loops, and sampled songs from artists like Elvis Presley, The Rolling Stones, and The Beach Boys, with McCartney playing host along the way.

One of the Beatles’ most-rare curios, the experimental compilation has remained an item of mystery, unheard until a 18-minute clip was recently uploaded to YouTube.

“I had two Brenell tape recorders set up at home, on which I made experimental recordings and tape loops, like the ones in Tomorrow Never Knows,” McCartney said in a 1995 interview for The Unreleased Beatles: Music and Film. “And once I put together something crazy, something left field, just for the other Beatles, a fun thing which they could play late in the evening. It was just something for the mates, basically.”

He continued: “It was called Unforgettable and it started with Nat ‘King’ Cole singing Unforgettable. Then I came in over the top as the announcer: ‘Yes, unforgettable, that’s what you are! And today in Unforgettable…’”

Describing his experiments as a “stoned kind of thing” in an interview with author Barry Miles in Many Years From Now, McCartney further detailed his growing obsession with creating sound collages popular in the London underground at the time.

McCartney went on: “[The Beatles would] be playing in the evening… and there was often quite a bit of time when I was just in the house on my own so I had a lot of time for this. I wasn’t in a routine. I could stay up till three in the morning, sleep through till two in the afternoon, and often did. It was a very free, formless time for me. Formative yet formless. I didn’t have to be up for the baby, at that time there was none of that. So I would sit around all day, creating little tapes.”

In an 1986 interview with Rolling Stone, McCartney explained how he once told Lennon that he wanted to release an album of tape loops under the title Paul McCartney Goes Too Far. While Lennon supported McCartney’s project, it never saw the light of day.

However, McCartney’s new influences were immediately apparent on The Beatles’ seventh studio album Revolver (1966), especially on the closing track Tomorrow Never Knows. Described as the band’s “greatest leap into the future” by Robert Rodriguez in his book Revolver: How the Beatles Reimagined Rock ‘n’ Roll—where he also asserted that the album marked the moment McCartney attained equal creative control with Lennon over the band’s musical direction—the song’s foundation is built from McCartney’s tape loops.

As Barry Miles went on to write, Revolver was a “trailblazing” record that proved rock ‘n’ roll could function as “an art form.” Pitchfork noted that it “redefin[ed] what was expected from popular music,” and Rolling Stone claimed it “signaled that in popular music, anything – any theme, any musical idea – could now be realized.”