How Not to Offend Muslims During the Holy Month of Ramadan 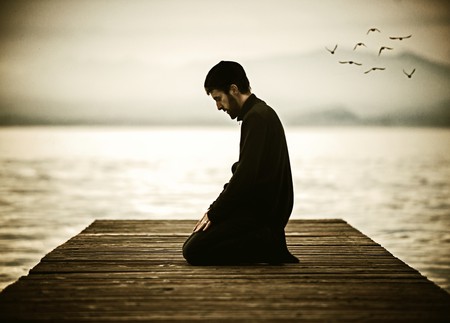 Let’s start by saying you really don’t need a guide, or a tip sheet, or any other form of advice about what to do during Ramadan. Consider this more as a helpful set of pointers that might just make the days ahead a bit easier for your Muslim friends and colleagues.

With the global Muslim population fast approaching 2 billion, chances are that you either know someone, or work with someone, who is going to be fasting over the next few weeks. You really don’t need to do anything different from usual, but in case you are worried or would like to know a bit more, here’s our quick guide to a few dos and don’ts.

Oh, and a personal plea… please ignore the belly rumbles for the first few days of Ramadan. They are inevitable.

Do I need to do anything for someone who is fasting?

One thing Muslims who are fasting during the Islamic holy month are especially mindful of, is that this isn’t a time to seek special dispensation or time-off. Part of the challenge, and subsequent reward of Ramadan, is the idea of going about your normal day wherever and whenever possible. It’s far more a time of personal introspection, and trying to just carry on as normal.

What do you have to do during Ramadan?

So, the simple fact is that Muslims are obliged to fast during Ramadan as one of the five fundamental pillars of Islam. There are, of course, certain Muslims who are exempt for medical or health reasons. These include pregnant women, those travelling long distances and children. For the rest of us, we won’t be eating, drinking, smoking or engaging in sexual activity during daylight hours.

Another pillar of Islam is praying five times a day. This is true all year round, but has even more significance during Ramadan. There’s also an extra prayer at night that Muslims should attend.

What else can’t you do?

I make no promises if I get an infuriating email late in the afternoon though… you know the ones I mean. Oh, and we’re definitely not supposed to complain about fasting.

We’re also supposed to cut down on listening to music and watching TV. I’m gonna be honest, the latter of those is a bit tricky for a film and TV critic like myself…

Can I eat around Muslims during Ramadan?

Er, if you want. We really don’t want anyone to stop eating if we walk into a room, or even worse, try and slide slyly out of the conversation if they remember we are fasting and they are tucking into lunch. We won’t suddenly unleash hell and storm off in a huff.

Just like you wouldn’t wave a bacon sandwich in front of our faces for the other 11 months of the year, perhaps don’t tease anyone by deliberately letting them know what you are enjoying.

Does no drinks actually mean no drinks?

One thing that does irk those of us who are fasting is this particular nugget… ‘You can’t have water either?!?’

Yep. We thought the part about ‘No Food or Drink’ was pretty self-explanatory, but apparently not. Just to be clear, we can’t have anything to eat or drink during the hours between sunrise and sunset.

Why don’t all Muslims start fasting on the same day?

This is actually a good question. Some Muslims will begin fasting a day before others. It all comes down to the sighting of the moon as the starting point for Ramadan. Islam uses a lunar calendar – this also explains why Ramadan moves earlier and earlier each year as the lunar calendar is shorter than the Gregorian one that’s most common in the rest of the world. As such, Ramadan, and subsequently Eid, (the feast that marks the end of the month) might vary from country to country.

It’s all good. Ramadan is supposed to be about bettering yourself and proving your dedication to Islam. Just don’t ask us which day specifically we want off for Eid, as that too, is dependent on the sighting of the moon so we won’t know for sure until the night before!

Can we eat with you at night?

When we break our fast at sundown (Iftar), do feel free to join us! It’s not ‘special time’ where we shutdown and refuse to engage with anyone as we are too busy eating. 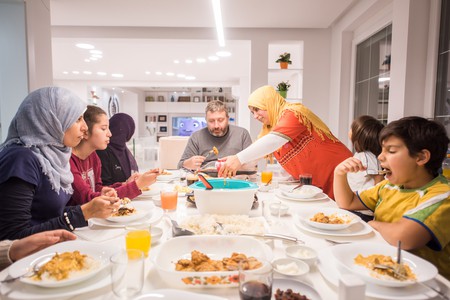 How do I approach the awkward bit?

Something that everybody who fasts will know only too well is that due to the lack of water, you might be prone to the odd bout of bad breath. Don’t be too surprised if we don’t stand too close to you or if we are seen breathing heavily into the palm of our hand to check we’re all clear.

Should we avoid inviting you out?

We understand why you might feel it inappropriate to invite us along to coffee breaks, smoking sessions and after-work drinks, but trust us, it’s a lot worse to not get asked at all. Don’t be offended if we opt out or can’t make it, but do check as you normally would. We can still be fun. Promise!

Shall I join you?

Everyone is welcome to join in during Ramadan and fast if they want. Muslims do it for religious reasons, but there are also other benefits that can occur. For smokers, it’s a great way to focus on giving up, for example. What Ramadan isn’t about, though, is rapid weight loss. If you are thinking of fasting, then great! Just don’t tell us it’s because you need to get beach body ready for summer…

And that’s about it. Above all, if you do have any questions about Ramadan, just ask us! 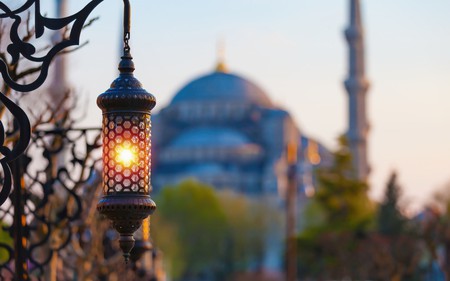 © Igor Zh./Shutterstock
Give us feedback