How Netflix Became the New Home of Sci-fi

With the release of three blockbusting sci-fi movies this month and several high-profile series currently available to stream and download, we examine how Netflix has now positioned itself as the home of science fiction. 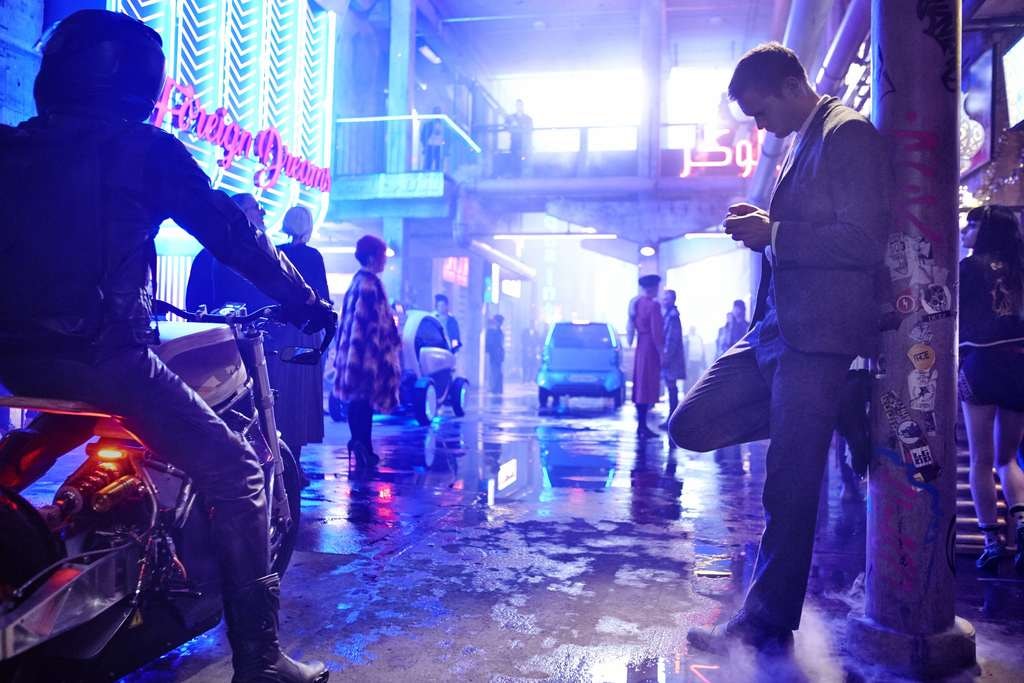 Ever since it first launched as a streaming service, following on from the initial incarnation of a postal DVD business, Netflix always felt like a futuristic platform. When it began in 1997, competing with LoveFilm (now under the rival Amazon Prime banner), Netflix stole a march on traditional rental chains like Blockbuster by making the leap to digital without little fuss.

As internet connections and download speeds have accelerated, so has the uptake of online streaming services. There are several on the market now, each fighting for market dominance, yet Netflix remains the umbrella term for such services – much like Hoover has established itself as the ubiquitous word for vacuum cleaners.

It seems, therefore, that Netflix should indeed be the go-to destination for sci-fi films and TV shows, but it’s only in recent months that this has become a reality.

Earlier this month, the global audience watching the Super Bowl was taken aback by trailer for the third film in a successful cinematic franchise. In a breathtaking move, Netflix not only announced the arrival of Cloverfield Paradox but also released the feature length movie online that very night.

The space-set thriller features a notable cast of stars and boasts some excellent special effects. Although critics have been divided over the quality of the script itself, there is no doubt over the visual aspects of the film. And therein lies one of the major hurdles Netflix and other home entertainment services face; Just how do you convince audiences to watch films with such grand cinematic visions to tune in on a tablet screen or via laptops?

Of course, that proposes a frankly outdated way of consuming online media, but it’s a line of thought that has some sway with studios and filmmakers. The assumption being that either the film (or TV show) is ‘small’ enough to be streamed online, or at the other end of the spectrum, not good enough for a full cinematic release. Even the largest home TV can’t quite match the sheer scale of the cinema. 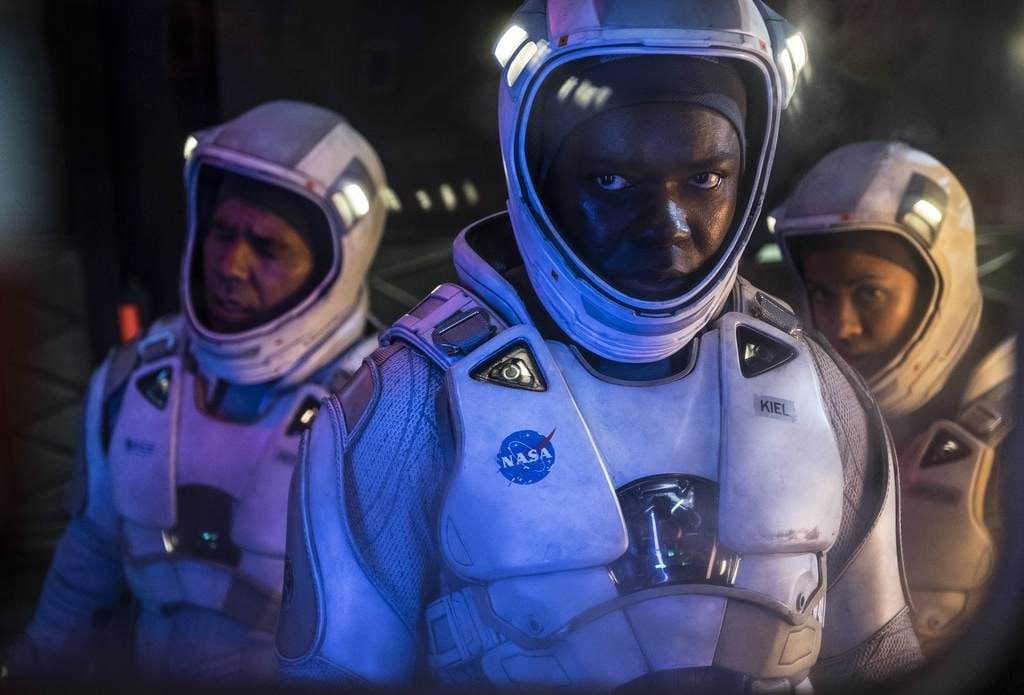 The first move in gaining a foothold in the sci-fi domain came from combining existing blockbuster film releases with a selection of small screen favourites. We’ve always watched the likes of Battlestar Galactica and Star Trek (in its many incarnations) on TV as well as in cinemas, so viewing these series on your average screen at home doesn’t really pose a problem or present a new way of watching the genre.

A more deliberate move came when Netflix bought the rights to hit British show Black Mirror following two successful series on terrestrial TV. The futuristically-tinged techno drama was injected with a huge budget for the third series, adding not only bigger names to the cast but also deploying bigger ideas with the finances to back-up the creators’ more ambitious plot lines.

Season four, which debuted late in 2017, opened with an episode inspired by Star Trek. For all its pretenses of being a parody of the genre, the eventual product actually looked like a thoroughly modern – and expensive – TV show. And that’s because it was. 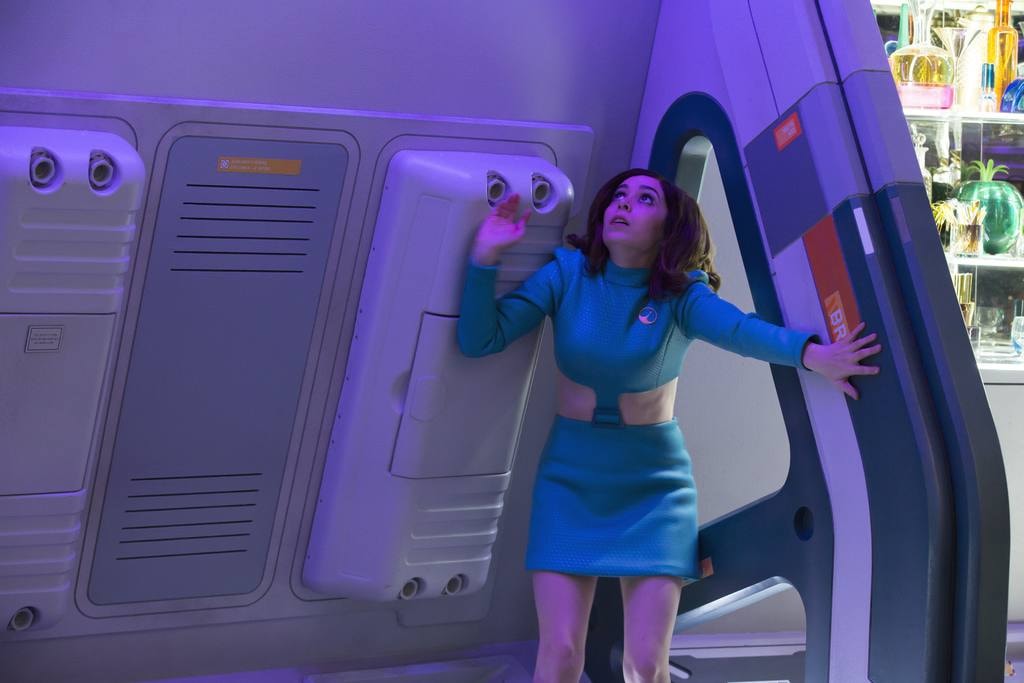 As if to up the ante, Netflix then boldly went forth and created its own version of Gene Roddenberry’s classic space saga. Star Trek: Discovery was launched in late 2017, in apparently a coincidental quirk of timing and not a deliberate move to tie in with Black Mirror: Season 4.

The series is an evolution of past voyages with Starfleet, with a diverse cast (something that has irked some Star Trek loyalists). After a shaky start, largely due to a misguided effort in gaining maximum exposure for the first episode by splitting it in two, the series has picked up momentum and is set to continue for several more instalments.

At this stage you’re probably wondering where the biggest Netflix hit sits in this consolidated effort to become a sci-fi destination. Stranger Things was undoubtedly a stand-out hit, but it would be a stretch to market it as pure science fiction. Its success, although universally acknowledged, isn’t really down to the genre in which it sits; instead it has a broader appeal thanks to its ability to tap into ’80s nostalgia. Of course there were big hits from that decade that have left a huge impression on audiences, but Stranger Things is closer to The Goonies (1986) than it is to Back to the Future (1985).

Recent release Altered Carbon, on the other hand, is a far more conscientious effort to capture fans of the sci-fi genre. Just look at the Blade Runner-inspired sets, dripping in neon signs and soaked in toxic rain.

Based on the classic cyberpunk noir novel by Richard K. Morgan and set more than 300 years in the future, the crime drama proposes a future where society norms have been entrenched by advancements in technology. Human bodies are merely commodities used to carry consciousness, and there is an inevitable fall-out in the way that the wealthiest have manipulated these opportunities to benefit their requirements.

It’s pure science fiction in every sense, and the realisation of this new world order is fantastical as it is visually arresting. One suspects that only the two big online content producers, Netflix and Amazon, could afford such projects. Even the wildly popular Westworld by HBO, pales in comparison on purely budgetary terms.

But these series aren’t enough to be truly considered a major player in the world of sci-fi. The real coup comes from bringing movies onto the platform, and February marks the arrival of no fewer than three major motion pictures making their debut on Netflix. 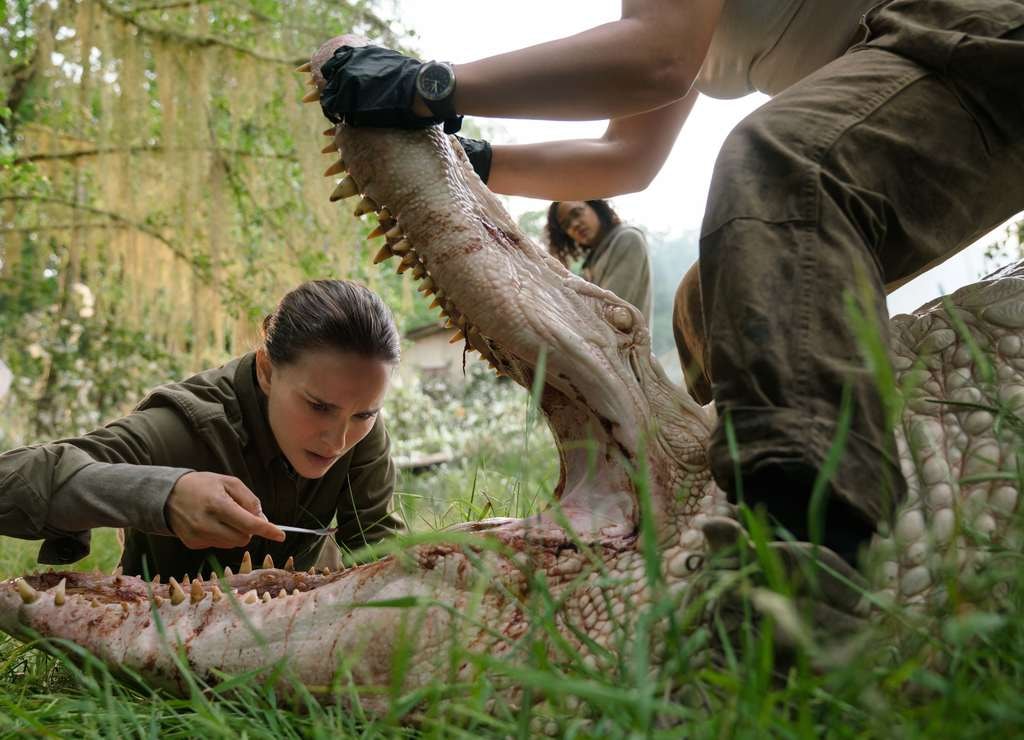 Natalie Portman and Tessa Thompson in ANNIHILATION | Courtesy of Paramount Pictures and Skydance.

Early reviews for Garland’s adaptation of the best-selling novel suggest that Netflix are onto a winner with Annihilation. Whereas some critics unfairly dismissed the third Cloverfield film as not being good enough for cinemas, the second feature by the Ex Machina (2014) director is already being hailed as a sci-fi epic for the ages. The trailer showcased some staggering effects and teases some set-pieces that wouldn’t look out of place on your regular multiplex screen. It certainly helps that A-list stars such as Oscar-winner Natalie Portman and Tessa Thompson headline the movie, joined by Ex Machina alum Oscar Isaac.

Equally impressive is the trailer for Mute by Duncan Jones. Having previously made Source Code (2011) and Warcraft (2016) for the big screen, his latest film is said to be set in the same universe as the award-winning Moon (2009). Very little is known about this movie ahead of its imminent release, but expectations have been set high.

With these three films either available now or on the way, and countless series already available, it’s fair to say that all sci-fi fans should be looking to Netflix to see where the genre will be heading next.