How Great Britain Has Celebrated New Year's Eve Over Time

2012 New Year Fireworks Dan Atwood/Flickr
The inherent symbolism in passing from the old year to the new has characterised the ritual and ceremony around the British New Year since Pagan times. Culture Trip chronicles the ways in which this celebration has changed over time. 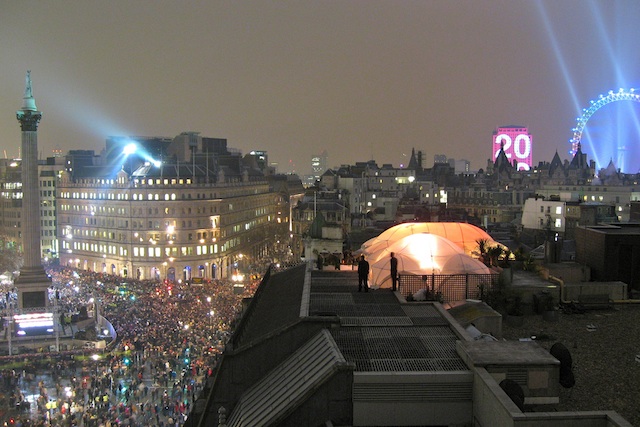 The Celts celebrated their new year with fire as they believed light and life sprang from death and darkness. New Year was first celebrated on January 1st in Rome 153 BC, and it would be almost 2000 years before Britain did the same. In 1572 Pope Gregory introduced the Gregorian calendar  to establish more consistency around Easter, retaining January 1st as New Year’s Day. Catholic countries adopted it, but Protestant Britain resisted until 1752, when it finally switched for trading purposes. 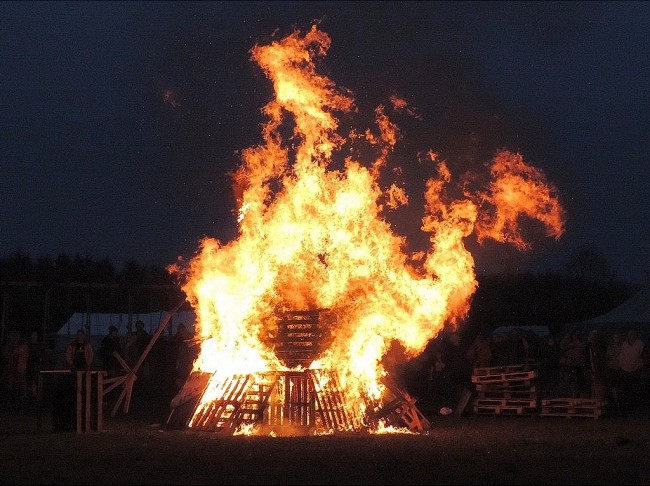 In the religious and political turmoil of 17th century Britain, a Puritan order banned Christmas until 1660 when it was restored with the monarchy. The Scots, however, continued to frown on Christmas, focusing on the secular feast of Hogmanay on December 31st. This remained the case for over 300 years! 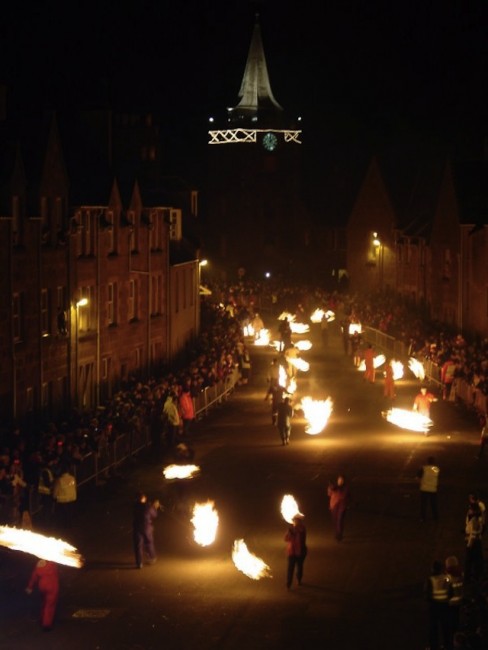 In Celtic times smoke was believed to ward off evil spirits and fire to entice the sun’s return. Fire rituals remain central to festivals in Scotland and Northern England. On New Year’s Eve in Stonehaven, Grampian, a parade of 60 kilted marchers with pipes and drums swirl balls of fire on wire ropes around their heads. In Allendale, Northumberland, a procession of men in fancy dress called ‘guisers’ carry tubs of flaming tar above their heads to the town square where they are launched onto a bonfire, the last one thrown coinciding with midnight when the flames reach their zenith. The old year dies as church bells ring in the new. 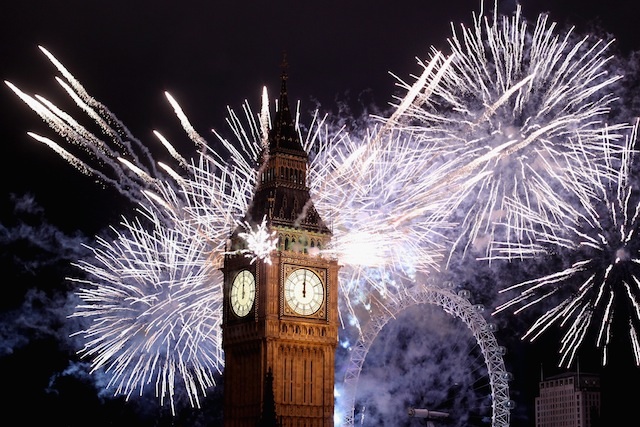 The Bells Are Ringing

Church bells are traditionally associated with major public events like royal weddings and it was customary for bells to chime at midnight on New Year’s Eve, accompanied by ships’ horns in ports and people running onto the streets banging pots and pans. Today, the clock tower at the Palace of Westminster and the chimes of Big Ben are icons of the British New Year. 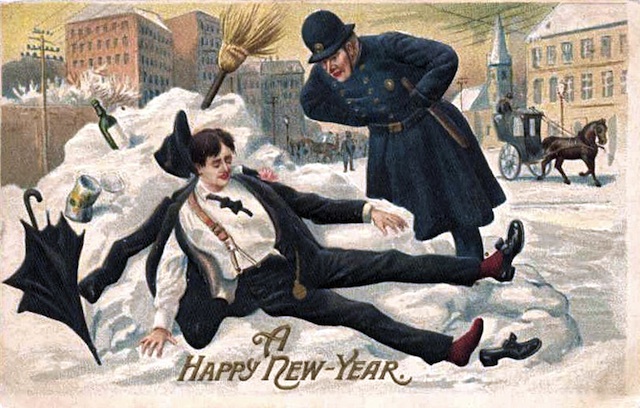 Most places in Britain have a spot where crowds gather at major events. In London the earliest documented gathering on New Year’s Eve was in 1878 at St Paul’s Cathedral when people came to hear the newly installed bells ring in the New Year. Over the years the crowds grew and became more uproarious until the cathedral authorities tried to stop it, unsuccessfully. On January 2nd 1892, the Illustrated London News reported ‘questions of public order and morality.’ This was echoed in a letter to the Times, 1935, ‘often the new year breaks upon a scene of horseplay and alcoholic excess.’ After the Second World War the London gathering place moved to Trafalgar Square. And since 2004 the gathering place includes the banks of the Thames in view of the London Eye. 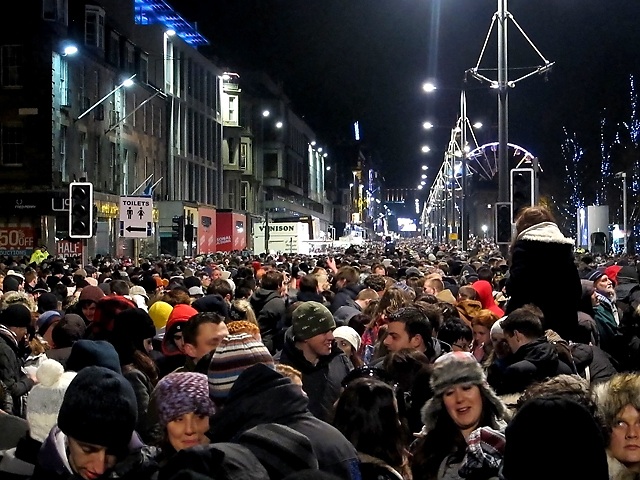 Auld Lang Syne  is said to be one of the most popular songs no-one knows the words to. Scottish poet Robert Burns penned his version of the ancient Scottish song in the 18th century, but few know it was actually a Canadian who made it widely popular. When bandleader Guy Lombardo heard Scottish immigrants singing it in his hometown in Ontario his band started playing it. They performed it at midnight on New Year’s Eve at the Roosevelt Hotel, Manhattan, in 1929 and a tradition was born. 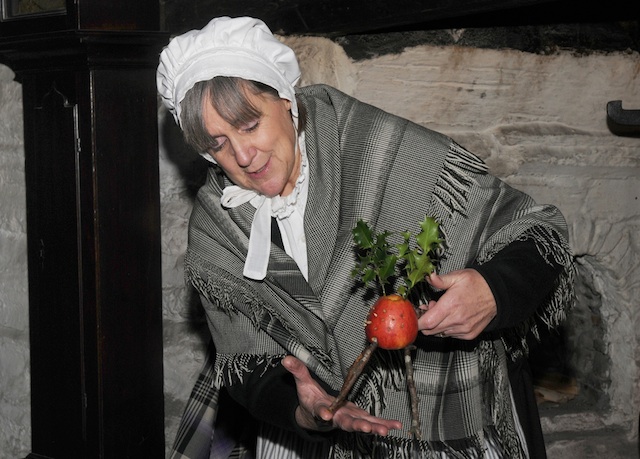 A Dark Stranger At The Door

‘First footing’ — the first foot in the house after midnight — remains common in Scotland but similar traditions exist elsewhere in Britain. To ensure good luck the first foot should be a dark male bearing coal, salt, bread and a dram of whisky symbolising warmth, wealth, food and good health respectively. The dark male is a throwback to Viking days when a fair-haired stranger could mean trouble. In Wales, if the first foot is a woman and a man answers the door this is considered bad luck.
The origins of Hogmanay are obscure. Some say it refers to a smoking stick, others that it’s an oatcake. Many Hogmanay celebrations originated from invading Vikings. Today, Edinburgh’s is the largest in Britain with an all-night street party. In the Republic of Ireland New Year’s Eve, or Oiche Chinn Biania, is celebrated by parties with midnight fireworks followed by parades and live music. In Wales, children used to rise at dawn on New Year’s Day to visit neighbours carrying apples skewered with twigs and evergreens to symbolise growth and prosperity. They were greeted with coins or ‘calennig‘. 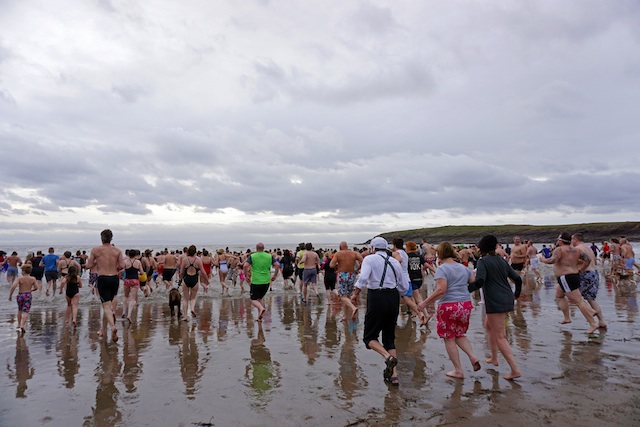 British superstitions to be attended to before midnight on December 31st include cleaning the house, taking out the ashes from the fire and clearing all debt. New Year’s Day in many communities is marked with a public swim to start the new year afresh. Such traditions reflect the inherent symbolism in passing from one year to the next. It’s a time for reflection, taking personal stock, renewal and looking forward with hope. The famous diarist Samuel Pepys wrote in December 1661: ‘I have newly taken a solemn oath about abstaining from plays and wine which I am resolved to keep.’ Making and breaking New Year’s resolutions remains an established part of British culture. 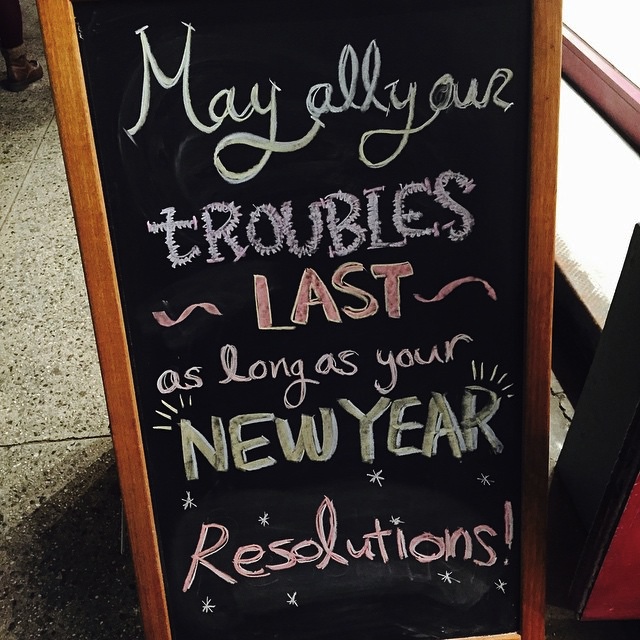 New Year’s Eve in Britain is a normal working day. New Year’s Day was made a public holiday in 1974, now regarded as the end of the festive season and a counterpoint to the family focus of Christmas. Brits may spend Christmas with family and see friends on New Year’s Eve. Since the Millennium many cities put on grand public firework displays. Typically a countdown to midnight is followed by Auld Lang Syne and people greeting and embracing each other. Celebrations may go on well into New Year’s Day. So, as you sip your festive fizz and watch the sky light up with fireworks, consider how the British New Year has evolved since the Dark Ages.