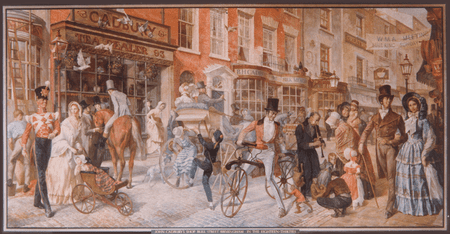 Cadbury is a household name that’s on everyone’s lips – both phonetically and literally. Read on as we delve in to the story of how a family of Birmingham-based Quakers unexpectedly unearthed the second largest confectionary company in the world.

In 1824, John Cadbury, Exeter-born but Birmingham-raised, set up a shop on Bull Street, Birmingham, that was next to his father’s drapery. Here, he sold tea and coffee until he eventually branched out in to cocoa, which was hand-ground by himself and turned in to a drinking powder. Back then, chocolate wasn’t really an eaten delicacy and John Cadbury’s drinking chocolate was seen as an alternative to alcohol. By 1831, Cadbury was a fully-fledged drinking cocoa trader with a factory to boot. Fast forward 10 further years and he was selling around 30 different varieties of cocoa. But why cocoa? 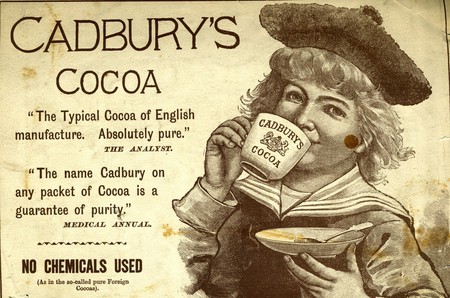 Cadbury came from a long line of Quakers, and as a result of this, he toiled to concoct a drinking chocolate that he, his family and customers could enjoy while remaining faithful to their Christianity. Quakers, staunch non-confirmists, were banned from university studies as well as professions such as medicine, so the majority of them went in to trade. Of course, in the mid-1800s, drinking water was heavily contaminated so John and his family were keen to deal in any alternatives that prevented illness.

Cadbury’s Quaker ethics and principles stood firm, and between the 1850s-60s, John was awarded a Royal Warrant from Queen Victoria, which preceded the import of a Dutch chocolate press, allowing him and his two sons George and Richard to start extracting the cocoa liquid from the cocoa butter, in turn manufacturing their first chocolate bars. 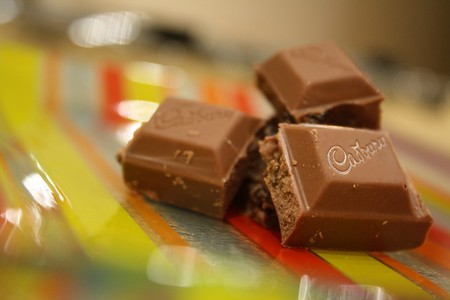 But they didn’t stop there. Towards the end of the 19th century, John Cadbury had a vision. He wanted to build a much bigger factory to cope with demand and place it out in the (then) countryside, but still with good rail and canal access for imports. Quaker ethos still very much at the forefront, Cadbury set out plans for a new factory with a village built from scratch for its employees – complete with amenities such as a shops, schools, leisure centres and churches. Quakers are advocates of principles like affordable housing, equality and a community spirit – all of which John set out to achieve when building Bournville village for his tens of thousands of employees.

When John Cadbury died in 1889, he left the entire estate to his sons, leaving George to set up the Bournville Village Trust. Due to the Cadbury’s religious beliefs, public houses weren’t built in the village. To this day, the Trust is still operating successfully, there are still no pubs in the village, and its branch of Tesco is the only one in the country that doesn’t stock alcohol. Quite a lot of the buildings commissioned by the Cadbury building still stand today, including the Quaker Meeting House. 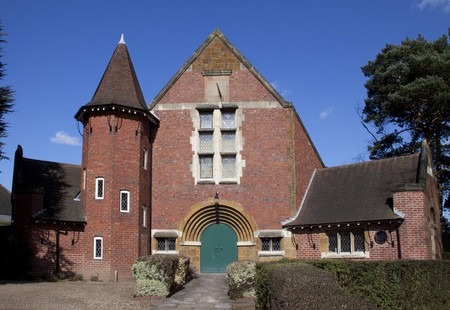 Not that it needs pointing out, but Cadbury is now one of the biggest confectionary companies in the world and that’s all down to one man – John Cadbury. His Quaker vision very much lives on in this leafy suburb of Birmingham, and his legacy from humble beginnings in 1824 will never be forgotten.