How a British Luxury Label Is Fighting Mass Consumption in Fashion 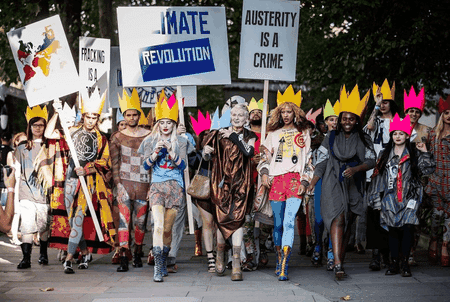 Courtesy of Vivienne Westwood
In association with

There’s no one in fashion who can rival Vivienne Westwood’s political charge. Since she began in the 1960s, Westwood has always brought an activist agenda to the mainstream stage. In the 1970s, she did it through a DIY punk aesthetic, which energised and responded to wider culture at the time. Today the focus is targeted squarely on saving the planet. 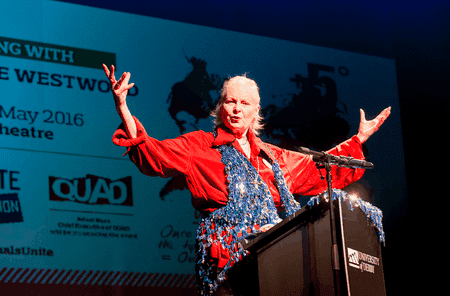 For more than a decade, Westwood has put climate change at the heart of her work. As a fashion designer, this might seem like an oxymoron; fashion is built on fast-paced turnover and new products every season. But Westwood is leading a group within the industry that don’t see the two strands as irreconcilable.

Westwood has spoken openly about how traumatising she finds the issue of climate change and, talking after a show at London Fashion Week back in 2012, the designer was already aware of the dangers of “fast fashion”: “We’ve been trained to be consumers, and we just consume far too much… What I’m saying is buy less, choose well, make a choice.” 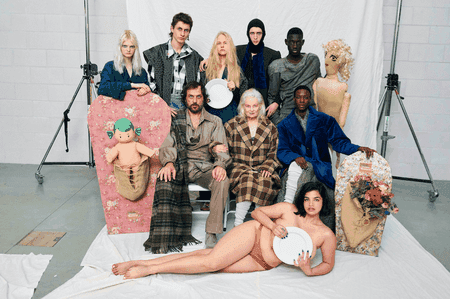 And Westwood believes the solution lies not only in what (and how much) is being consumed, but in how the products are being made.

In a statement on its website, the Vivienne Westwood Group explains its strict policies on worker rights: “Examples include ensuring freely chosen employment; wages that meet (as a minimum) national legal standards; no exploitation or forced labour; no child labour; no harassment and no discrimination in any form,” it states. “The Group is now also strongly committed to ensuring that our operations and supply chain is free from any forms of modern slavery and human trafficking.”

It all sounds like common sense, but such explicit and precise statements are rare for any fashion brand – luxury or otherwise. 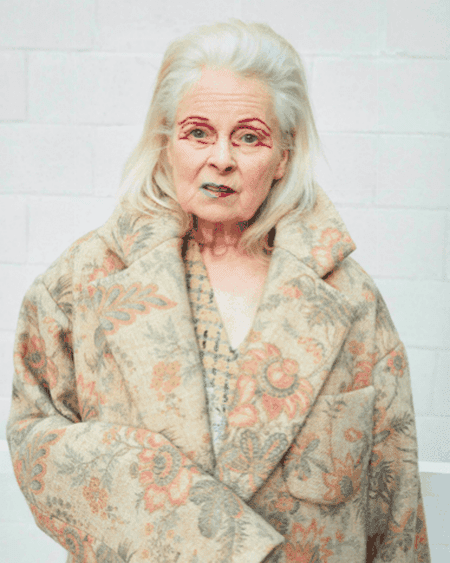 As to the nature of how Westwood clothes are consumed, the emphasis is on ensuring that people buy well and make the clothes in their wardrobe last.

“If everyone wore just a few beautiful things, there would not be such a climate change problem,” Westwood said in an interview The Guardian, adding that she believes “it is worse for someone to come out of a shop with an armful of new T-shirts made in a sweatshop, than it is for a rich lady to buy one beautiful dress.” 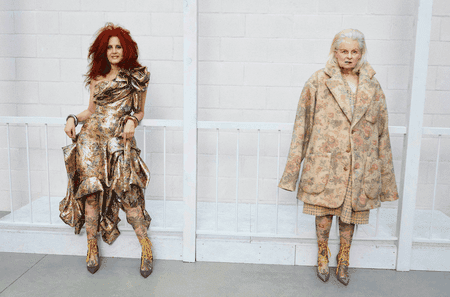 Working on collections independently, as well as now with her husband Andreas Kronthaler, Westwood has created a range of pieces that transcend time. Whether it’s the oversized pirate shirts from the 1980s – still as relevant in today’s maximalist era as they were then – to tartan suits, silk harem pants, military-style jackets and covetable, unique footwear (such as the recent rocking-horse ballerina ones), what has defined Westwood’s designs is their versatility, quality and ongoing relevance. As such, the message is not that one should be ashamed of having an interest in fashion, but instead that they should understand the importance and value of investing in good clothes.

Outside of fashion, Westwood campaigns regularly, documenting her initiatives, talks and collaborations on her Climate Revolution diary page (a notable highlight being the time she drove a white tank up the path to David Cameron’s house). While fashion can make a major impact, the only thing that will really ensure a consumer revolution is if we all adopt a totally new way of thinking.

But, you have to start somewhere, and following Westwood’s fashionable lead is an excellent way to do so.