Healing Nature: Ecotherapy in the City 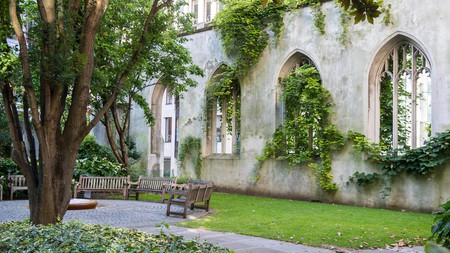 If anything positive has emerged from the misery of the pandemic – and let’s face it, not much has – it is the realisation that nature has an important role in maintaining our mental health. Culture Trip speaks to author Lucy Jones and presenter Lindsey Chapman about the restorative power of nature.

People have always intrinsically known about nature’s healing qualities – it’s why we go for contemplative walks on the beach and why so many film scenes show characters huffing off into the moors or shouting over cliff edges. Perhaps we have taken the salubrity of nature for granted, but now, as lockdown eases, the mental and physical benefits of the great outdoors have come into sharp relief.

TV and radio presenter Lindsey Chapman explains that “nature enthusiasts or naturalists that work in my field have been saying about the regenerative qualities of nature for such a long time, but in this pandemic, it’s really come to the fore”. Alongside naturalist Chris Packham, who has spoken about the role of birdwatching in managing his own mental health, and zoologist Megan McCubbin, Lindsey has been presenting the Self-Isolating Bird Club. This virtual space encourages those self-isolating to reconnect with nature. The programme has been so popular during lockdown that Lindsey says she can hardly keep up with the streams of comments that fly in during the daily 9am broadcast. 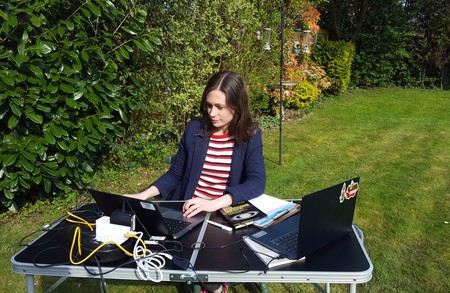 “A lot of us intuitively know that being in the woods or in the parks or by the sea feels good in some way,” says author Lucy Jones, whose book Losing Eden: Why Our Minds Need the Wild was published in the early days of the pandemic. “But my argument in Losing Eden is that we’ve forgotten that, and we overlook it. It’s been really interesting to see a kind of outpouring of affection and renewed contact with the natural world,” she says.

Lucy started researching Losing Eden after a “personal experience of reconnecting with nature”, which led her “to investigate the mechanism by which nature makes us feel good”. The result is an account crammed full of scientific evidence demonstrating the whys and hows of nature’s power to improve our mental and physical health. “Just talking about the restorative benefits of nature to our own mental health is a good thing to do because the more we destigmatise mood disorders and realise that they’re very common, the better it will be.”

Setting out to find the “most compelling and intriguing science” to explain nature’s positive power, Lucy covers aspects as far-ranging as microbacterium, the smell of the earth after it’s rained and the natural world’s effect on our nervous and immune systems. “A lot of the reaction I’ve had is from people saying… now I have got more evidence to explain why I’m drawn to the wild.” 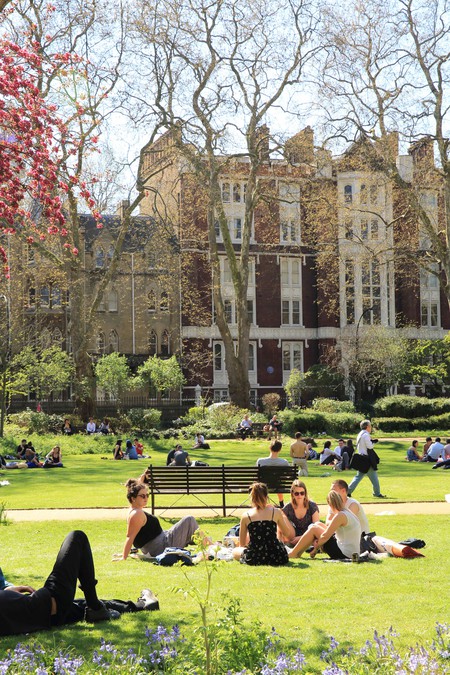 Many of the examples Lucy gives are incredibly accessible. “There is so much evidence now that even just looking at trees out of a window can enhance healing, help recovery,” she says. The book introduces the concept of attention restoration theory: “One of the elements of that is this lovely phrase called soft fascination, which you get when you look at a tree out of a window and the leaves are gently moving in a breeze… it feels really relaxing to watch it – it’s not demanding – and afterwards, you might feel refreshed.”

“If you’ve got a chronic illness or you’re elderly, and you’ve been told you’ve got to shield at the moment, you can have a connection with whatever is outside your window – it doesn’t have to be rolling fields in the Cotswolds,” says Lindsey. Through Springwatch, she met nature accessibility campaigner Lizzie Guntrip, who has myalgic encephalomyelitis (ME), and whose hashtag #wildlifethroughmywindow feeds into the idea that wildlife appreciation isn’t only for those who can access rich natural spaces.

“There’s so much to see, even in urban areas,” says Lucy. In Losing Eden, she explains that something as seemingly simple as the presence of trees on streets or around housing blocks can reduce stress. She suggests “choosing to take a walk where there’s more nature” in order to access ecotherapy in towns. “Living in a place where there are trees and green space has been proven to have mental-health benefits, social benefits, across the board.”

Then, to “deepen the experience of connection with nature,” Lucy recommends focussing on a specific thing each day. It could include bright colours, or different shades of green, patterns, butterflies and caterpillars, pollinators or even “cool weeds between the cracks in the pavement”. 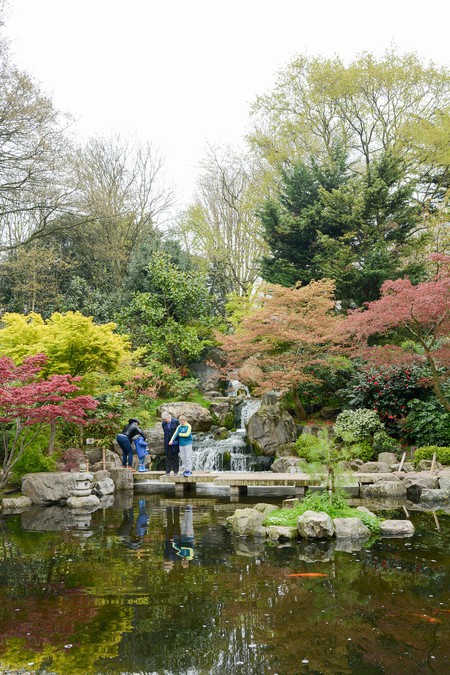 Something else that you can do, no matter where you live, is cloud gazing. “If you’re not really sure how to make a start, just lie on your back and look up, and look at the shapes of the clouds,” says Lindsey. She says that, for her, it’s a way to allow her brain to decompress. “I think nature allows you to have that time and to just let your mind go… and that makes a really big difference,” she says.

It’s also possible to bring wildlife to your doorstep. “If you put water, wildlife will come,” says Lindsey, who suggests creating a pond by putting “water, some plants and a little bit of gravel outside in your garden or on your windowsill”. Also, setting out some feed, “preferably seed rather than bread”, will encourage visitors. She also recommends planting a herb garden, whether it’s outside or in your kitchen, with “either wildflower seeds or herbs”. “Insects will come, and from insects, you get birds, and then you get everything,” she says.

Encouraging a diversity of insects, birds and animals is not only good for our ecosystems, but it’s also more beneficial to our mental health, especially when the nature around us is “alive and vibrant and filled with species and biodiversity and colour and beauty and life,” says Lucy. “If you have a mown lawn, a monoculture, outside your house, the evidence suggests that that might not be as restorative as a higher quality green space.”

“We’re in a biodiversity crisis, and yet we mow down our road verges and our roundabouts. It doesn’t make sense,” Lucy explains. “My hope is that we don’t go back to the way we have been designing our cities, as we’re seeing how important the rest of nature is for a sustainable, resilient society.” 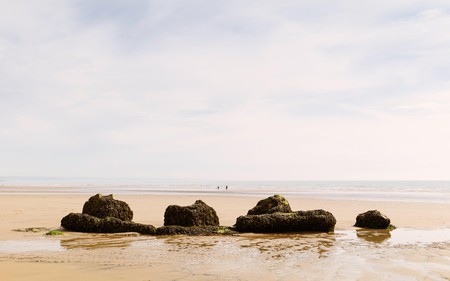 “I grew up in East Yorkshire, and there’s a beach I go to on the coast that is called Flamborough. And just down from that, there’s a little beach called Fraisthorpe – it’s not much. It’s sort of clay cliffs and a bit of sand,” says Lindsey. “But I think if you can find a bit of freedom that means something to you, that’s worth an awful lot, so I do my thinking there if I’ve got big decisions to make – I’ve done that since I was a teenager.” 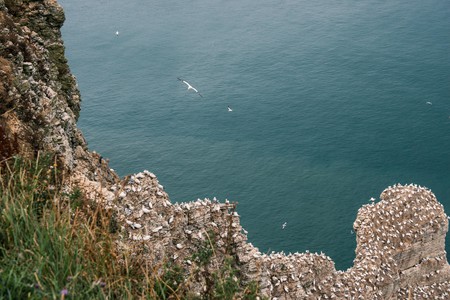 Lindsey also suggests “a reserve called Bempton Cliffs, which is farther up the [East Yorkshire] coast”. It boasts the only breeding colony of gannets on the UK mainland. “I’m a big fan of a gannet, so that is a very cool place to go, big white cliffs and lots of nesting birds. And they have puffins in the summer as well, baby puffins, which are really cool.”

“I’m a big sea person, so there are a couple of spots down in Cornwall,” says Lindsey, who recommends Sennen Cove, St Ives and the Lizard Peninsula as “just astonishing for wildlife”. Lucy also recommends Sennen Cove: “The turquoise of the sea in Sennen and the white of the sand blow my mind. I find it very healing and jaw-dropping that such colours exist in the UK.” 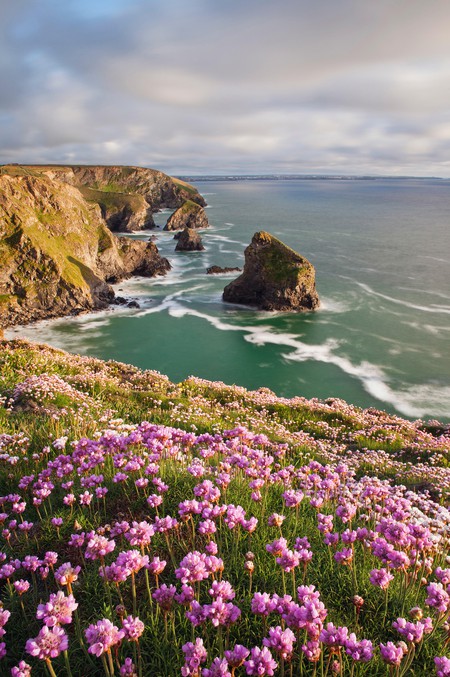 The Dumfries and Galloway coastline

“This is my ultimate coastline,” says Lucy. “It is wild and changes hour to hour, and there are roses and bunnies on the beach. I swim there as much as I can when visiting family, and it feels like my spiritual home.”

Various cemeteries, including Abney Park or Tower Hamlets in London, or Holy Ghost in Basingstoke 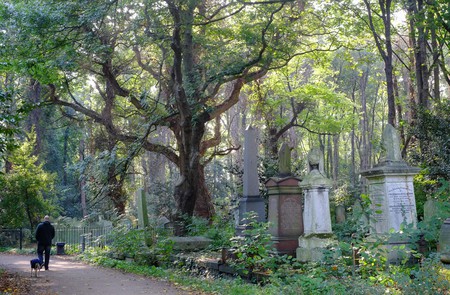 Cemeteries, such as Tower Hamlets Cemetery Park in London, can provide a moment of calmness in bustling cities | | © Katharine Rose / Alamy Stock Photo

“I love these oases of calm in busy London,” says Lucy. “Cemeteries are great places to walk because they’re left much more untouched than other pieces of land in respect for the lives of those resting there.” 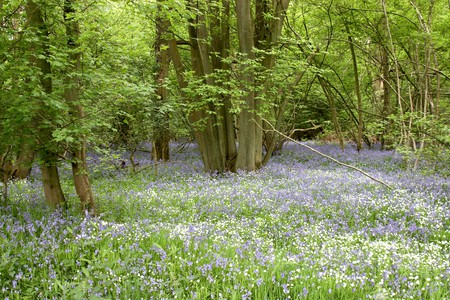 “These woods near where I live are peaceful and intriguing at different times of the year. In autumn, I like looking for funghi. In spring, the green is just so bright and life-enhancing. We make up stories about fairies for my three-year-old. It’s especially restorative if it’s been raining. The forest glows,” says Lucy. 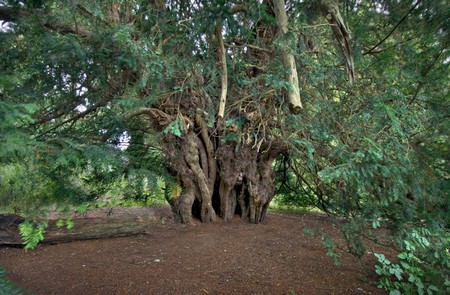 “I first visited this 2,500-year-old tree last year. Just being in the presence of something that old is deeply awe-inspiring and humbling. We spent a while just hanging out next to it, with other visitors,” says Lucy. “I’m looking forward to going to see it again.”