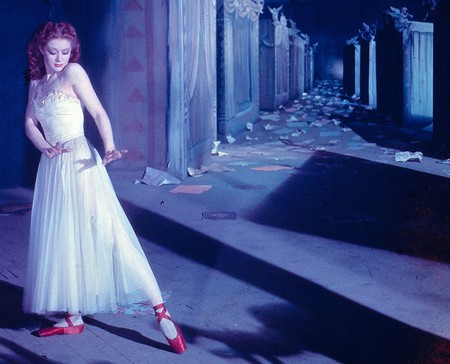 Seventy years ago today, The Red Shoes opened in the UK. Here’s why it remains the greatest of all dance movies.

The ballet movies The Turning Point (1977) and Black Swan (2010) have their supporters, but for beauty, daring and sheer bedazzlement they pale beside The Red Shoes. The last of six consecutive full-length classics written, produced and directed by Michael Powell and Emeric Pressburger between 1943 and 1948, it was a massive transatlantic hit that inspired a wave of balletomania in the dark days following World War II. A glowing Technicolor fantasy – the iridescent hues suggest undried paint – it transcends the love of dance: when its heroine, Vicky Page (Moira Shearer), ascends a weed-strewn stairway to a mysterious Monte Carlo villa above the Med, Powell and Pressburger usher her into a Cinderella-like fairytale. Instead of glass slippers, she will fatalistically dance in gleaming scarlet ballet pumps. 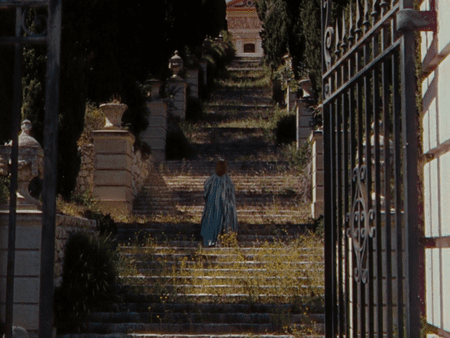 At its core, The Red Shoes is a fable about the passion for making art. It’s impossible to comment on the film without quoting its most memorable exchange. At a London soirée hosted by Vicky’s pushy art patron aunt, the ambitious young dancer meets the imperious, Diaghilev-like impresario Boris Lermontov (Anton Walbrook) at the bar. “Why do you want to dance?” he demands. “Why do you want to live?” she replies. Anyone who has heard the call to dance, make music, paint, write, sculpt, film or practice any art form will identify with the urgency in Vicky’s droll answer.

In time, Vicky becomes a ballerina at Lermontov’s company. When, to his disgust, the prima ballerina (Ludmilla Tchérina) announces she is to marry and leaves the company, he grooms Vicky, offering her the female lead in the new ballet ‘The Red Shoes,’ which is scored by another young artist he has promoted, the composer Julian Craster (Marius Goring). Inspired by Hans Christian Andersen’s story about a spoiled girl whose red shoes force her to dance without cease – until she asks for her feet to be amputated – the ballet is set for the company’s Monte Carlo season. Vicky triumphs in it, and as the company’s new prima ballerina, she takes the leads in La Boutique Fantasque, Coppélia, Carnaval and Les Sylphides. 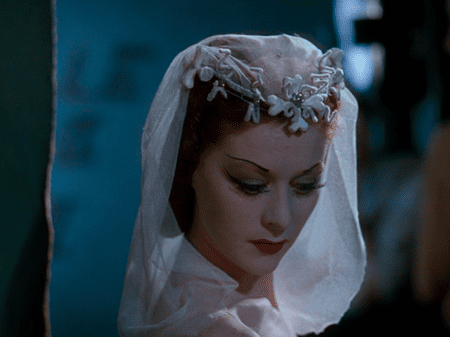 Powell and Pressburger throw Vicky a bigger question than “Why do you want to dance?” – namely, will she give up love to dance? The sexual passion of her romance with Julian – indicated by his offhand remark to her that she is “comparatively unspoiled,” made when they are spooning in a carriage – leads the jealous Lermontov to force the composer’s resignation. Lermontov has never offered himself to Vicky as a suitor, but he desires to possess her creatively.

Vicky leaves with Julian but is eventually tempted back into the company by Lermontov. Julian offers her love and the role of a non-dancing helpmate; Lermontov offers her fame and artistic fulfilment, but would deny her Julian’s love. It’s a dilemma we’ve seen play out in countless films since. Their battle for her soul drives her mad, leading to the film’s shattering Gothic climax. It echoed that of Powell and Pressburger’s previous film Black Narcissus (1947), itself influenced by the Expressionistic climax of Walt Disney’s Snow White and the Seven Dwarfs (1937). 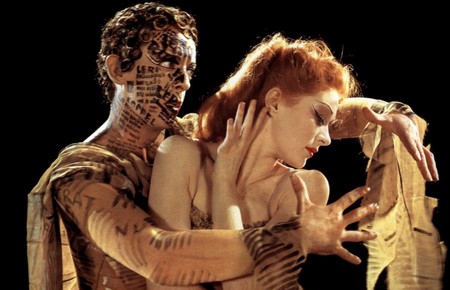 As the “magician” who makes the ballets happen, Lermontov equates to Powell, who was the magus-like director in the Powell-Pressburger partnership. Powell’s regrets about the departure to Hollywood of newly married Black Narcissus star Deborah Kerr – whom he loved – fed Lermontov’s need to hold onto Vicky. It’s not insignificant that Kerr and Shearer were both redheads.

The centerpiece of The Red Shoes is the premiere of the ‘Red Shoes’ ballet, a breathtaking phantasmagoria full of cinematic illusionism that Powell and Pressburger couldn’t have created without the help of Jack Cardiff (cinematography), Brian Easdale (music), Hein Heckroth (production design and costumes), Robert Helpmann (choreography and lead male dancer) and Léonide Massine (creator and dancer of the shoemaker’s part). The busy backstage scenes in The Red Shoes pay homage to the collaborative spirit that drives big productions; Powell had fun depicting Lermontov’s department heads in conference. 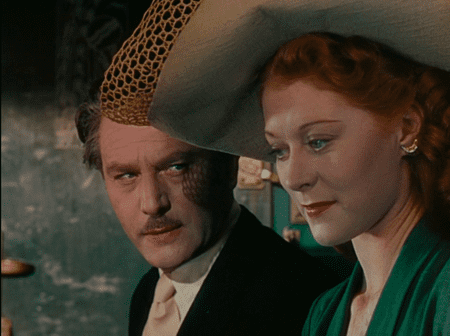 The ballet sequence precipitated Powell and Pressburger’s move toward a synesthetic fusion of music, sound, dance and design, which they realized most fully in The Tales of Hoffmann (1951), another fable about the war between love and art. Gene Kelly showed The Red Shoes ballet to the MGM brass to persuade them that his An American in Paris (1951) could incorporate its own ballet. The American in Paris-inspired ‘what if?’ fantasy in La La Land (2016) can thus count The Red Shoes as its forebear; so, too, can Baz Luhrmann’s Red Curtain trilogy. Without The Red Shoes, Black Swan would never exist.

Plus, David Bowie must have been influenced by Powell and Pressburger’s voluptuous masterpiece when writing ‘Let’s Dance.’ When Lermontov makes his Machiavellian appeal, “Put on the red shoes, Vicky, and dance for us again,” he surely augured the Bowie lyric, “Put on your red shoes and dance the blues.”

The Criterion Collection DVD and Blu-ray The Red Shoes is available from Amazon.