Gunpowder, Treason and Plot: Bonfire Night in the UK 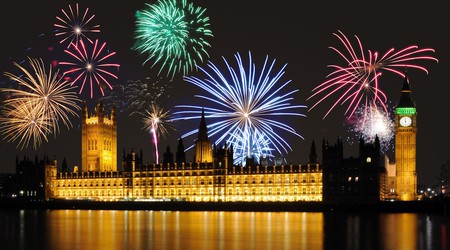 Every year on 5 November, bonfires blaze and fireworks burst throughout the UK to commemorate a failed assassination plot against King James I and his ministers. Here is Culture Trip’s guide to the event, its origins and the ways it is celebrated today.

Bonfire Night, an annual event in the British calendar that marks the unsuccessful attempt to blow up the Houses of Parliament and kill King James I, is commonly referred to as Guy Fawkes Night, after the legendary villain Guy ‘Guido’ Fawkes.

However, many may be surprised to learn that Fawkes played a relatively small role in the 1605 assassination plot. The Gunpowder Plot – named for the perpetrators’ accelerant of choice – was actually the brainchild of Robert Catesby, an English Catholic intent on restoring a Catholic ruler to the British throne. Fawkes was merely a Catholic mercenary, hired to place and ignite barrels of gunpowder under the House of Lords.

The day is associated with Fawkes simply because he was the one caught red-handed, after an anonymous letter sent to a member of the House of Lords alerted government officials to what was happening and led them to the place where Fawkes lay in wait. Fawkes was arrested and later executed for treason, and although Catesby and the other conspirators met the same fate, it is Fawkes who is burned as an effigy on Bonfire Night. 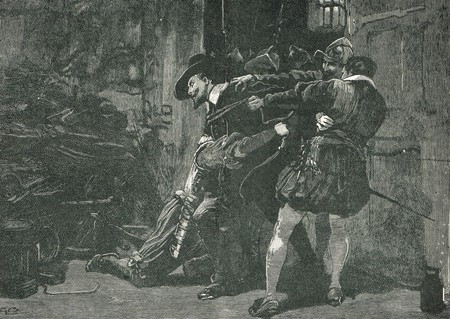 Legend says that, upon hearing of the king’s narrow escape from death, Londoners lit bonfires throughout the city in celebration. Months later, King James I declared 5 November a national day of thanksgiving for the failed tragedy, and the commemoration continues to this day. Celebrations include toffee-apple eating, brilliant firework displays, bonfires and effigy burning.

It is traditional to make a straw dummy of Fawkes to be placed atop the bonfire, but effigies have been updated to include modern-day figures of ridicule, including politicians, celebrities and other public figures. Competitions are often held, offering prizes to the most creative flammable dummies.

Another part of the celebrations includes a search of the Houses of Parliament by the Yeomen of the Guard, ceremonially marking the moment Fawkes was discovered and the plot thwarted. 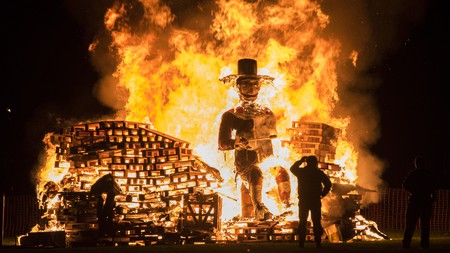 Despite the fact that the original event took place hundreds of years ago, Bonfire Night is still a much-anticipated date for many people in the UK. The day has become associated with revelry, riotousness and magic, and is especially popular among small children.

If you want to celebrate the day in London, head to the Southwark Park Fireworks, which boasts a dazzling firework show, a funfair, a bonfire and hot-food stalls. Outside London (but still within day-trip distance of the city), the Fireworks Spectacular at Leeds Castle in Kent is not to be missed, offering attractions like fire juggling, fire breathing, fairground rides and live music.

With the tradition of Bonfire Night still going strong more than 400 years after the Gunpowder Plot took place, it is fair to say that the UK will always ‘remember, remember, the fifth of November’.

This story is an updated version first created by Eleanor Russell.