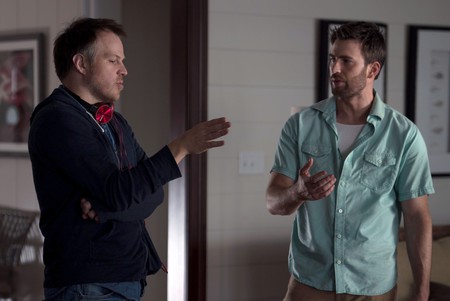 Having made a big splash with the hugely successful modern romanic comedy 500 Days of Summer (2009), Marc Webb went on to make two Spider-Man films with Andrew Garfield as his Peter Parker. For his latest film, Gifted, the director has teamed up with another actor best known for playing a Marvel superhero, but the movie couldn’t be more different from the world of web-crawlers and American comic book icons.

Gifted tells the story of Frank (Chris Evans) and his genius young niece Mary (Mckenna Grace), who form a bond when they are forced together following a family tragedy. Their seemingly perfect existence is sent into turmoil when Mary attends a regular school and her natural gift for advanced mathematics draws the attention of other family members. Frank has to face up to the real possibility of losing his best friend and living a life on his own. 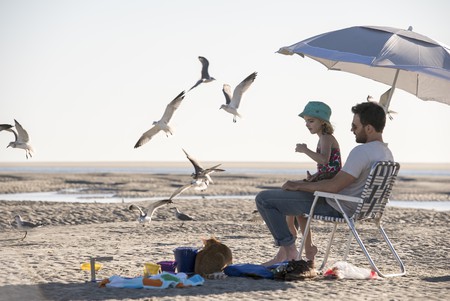 Culture Trip: Gifted strikes us as a surprising choice for you, given your last few films…

Marc Webb: I had done these big movies and I was looking for something simple and fun. I wanted something a bit different, and my dad was involved in maths education and we were that sort of household. This script came around and I liked the way this felt. It was easy to put together and it was a great collision of events.

CT: One of the things we really liked was the way the film teases the relationships at the start, we don’t really know who is who and what links them to begin with.

MW: There are different ways to start a movie. For 500 Days of Summer I had a voiceover explaining exactly every detail that was relevant about the main character. Here, I had Roberta (Octavia Spencer playing a neighbour and friend), stomping over and confronting Frank. Gradually you learn more about that character and the others. Hopefully it is a clever way of dealing with the boring exposition which is an obligation for any film.

CT: How have you found audiences react to smaller, more intricate films like this in the summer season?

MW: The industry term is counter-programming, and this is the kind of film with characters and intimate moments is refreshing. It depends on the viewer, but this is a fun way to avoid the blockbusters that come out earlier and earlier. The other thing now is that studios tend to release tentpole movies throughout the year now. I think people can get blockbuster fatigue, I know I have…

CT: Interesting. Have you left the blockbusters behind or are you open to being tempted back in?

MW: No, sure. Look it matters less to me about how big a film is. I had a great time with the Spider-Man movies I made, but I wanted something simple and something that wouldn’t be scrutinised before it even came out. It was a feel-good idea and felt like I could make it off the grid. We made it on a tiny Island off the coast of Georgia. It was a short shoot and the cast got along beautifully. The process was as much as a reason for making it as the film itself. 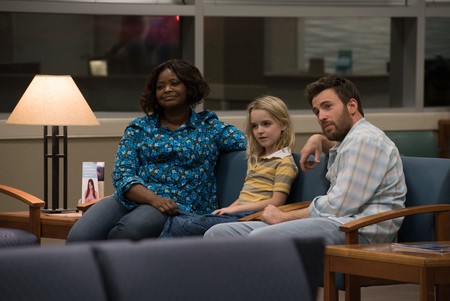 CT: And with the cast, did you have an order in which you went about getting them or was it a more organic process?

MW: With a small movie, you do still need names. Octavia was actually the first person I approached and I was surprised and impressed that she was interested. Then Chris [Evans] came along and then the longer process of finding Mary had to begin. Chris and I were simpatico in that we had both come from the Marvel Universe but we’re really looking to make a small and unpolitical film. It was easy. We spent the next six months finding Mckenna. If that chemistry doesn’t work, then the movie doesn’t work. You need to root for them to be together.

CT: Did you wrestle with the ending, in terms of how it would go and if they would end up together?

MW: I have made a number of films with bittersweet endings, the conclusion here felt good and right to the story. The ending is secondary, it’s more about whether Frank is worthy enough. How well can he love another person? It’s an ever-present question and how best can he love her?

CT: There is that unconditional love that Frank shows towards Mary, we see that expressed in beautiful terms, but is he happy?

MW: Yeah, I was thinking about that throughout. He took the kid against the wishes of his mother, Mary’s grandmother, even though he has attachment issues. In some ways, he is bad for Mary. Over time you develop attachments, whether or not he was happy. Perhaps he didn’t realise that as he didn’t have to fight for it, and then when he does, he sees it and realised what he might lose. 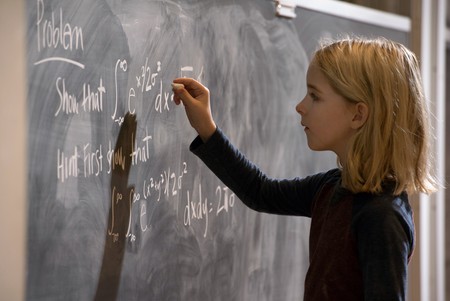 CT: It’s an incredible performance by Mckenna as young Mary. Were you ever worried that you wouldn’t find someone to fill that very challenging role?

MW: That’s the thing. You need that emotional depth in a child actor and that is incredibly difficult. The last audition, when we had her doing the dramatic scene where she is left behind by Frank, and I might dig that up for the DVD release, that was the moment when I realised we had it. She obliterated the room with that. At that age to communicate that, is such an extraordinary talent. We knew if we could do that on the day, that we would be in great shape. She could go to that place, but she was also funny and could improvise to make it all feel real. It’s rare in adults and almost undetectable in kids.

GIFTED is out in UK cinemas now