Futurists Simon Gosling and Ruth Marshall-Johnson talk us through some of the best known Films and TV shows that attempted to predict the future, and explain which ones got it right, and which ones were way off the mark.

As Siemens Home Appliances’ next step into the world of connectivity launches with the new added feature of voice control in selected Wi-Fi-enabled appliances by connecting to either Amazon’s Alexa or Google Home, Gosling (futurist at video ad tech company Unruly) and The Future Laboratory’s foresight director Marshall-Johnson delve into the varied visions of the future on screen. 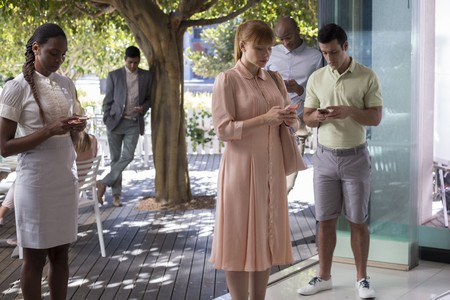 Within this popularity-obsessed dystopia or utopia (depending on how you feel about social media), humans rank each other based on their interactions with one another. Lacie Pound (Bryce Dallas Howard) has a respectable 4.2 rating – the highest is 5 – however it’s not enough to buy the house she wants and so the pressure of raising her star ranking sends her on a downward spiral.

‘The notion of whether we’ll live in a society where we use our star ratings on social media as collateral to gain entry into clubs, get a job – whatever it may be – is already happening,’ says Simon. ‘I’m certainly even more polite and friendly towards an Uber driver because he’s rating me. And I’m sure he’s doing the same.’

Kingsman: The Secret Service, made in 2014, set in present day 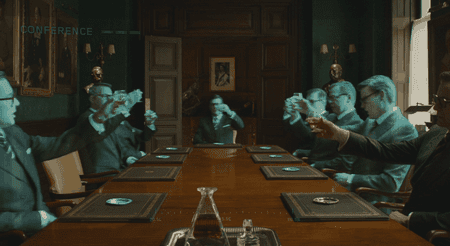 During this star-studded movie, we see Michael Caine and Colin Firth sitting at a seemingly empty table. They put a pair of spectacles on and the executive chairs suddenly fill with colleagues for the meeting to take place.

‘Within 3–5 years, we’ll be having conferences with holograms,’ Simon predicts. ‘In fact, I’ve already done this, a world first, using Microsoft Hololens!’ 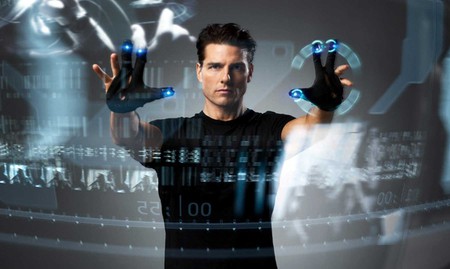 It turns out that Minority Report was bang on when it predicted gesture-based interaction with computers. Within the dystopian thriller, we see Tom Cruise’s character, John Anderton, swipe – an action which is so common to us now but didn’t exist then – twist and turn to work his computer, while keyboards are nowhere to be seen.

Facebook has predicted that by 2022, we will no longer be using phones but glasses that we talk to. Essentially, we will return to our upright state as opposed to hunched over, looking down at a phone.

‘I actually think it’ll be more like 2025,’ Simon says. ‘Anyone born today will walk into a museum, look at a keyboard and mouse and ask, “what is that?”’ 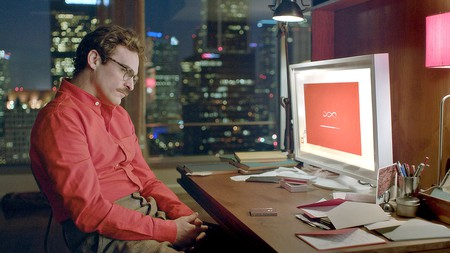 JOAQUIN PHOENIX as Theodore in the romantic drama "HER," directed by Spike Jonze, a Warner Bros. Pictures release.

We see Joaquin Pheonix fall in love with his computer OS, (the voice of Scarlett Johansen) another notion which occurs throughout Bladerunner 2049 as Ryan Gosling has a highly convincing and fulfilling relationship with his holographic AI.

‘Both films suggest we can fall in love with an AI. Is it possible? Yes. Through our behaviour and interaction with our AI, it gets to know us very well. And the better it gets to know us, the more it can enchant us.

‘Already, in China, 44 million people have quite lengthy conversations with a Windows chat-bot, called Xiaoice (in Chinese, 微软小冰 or, literally, “Little Ice”), which can adapt its phrasing based on positive or negative cues from the user’s queries.’ 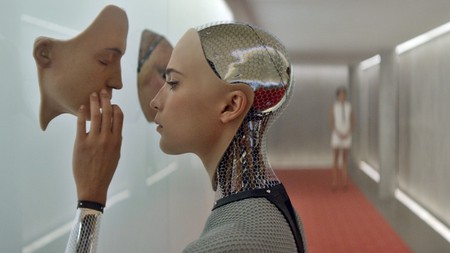 Another plot where we see a human fall in love with an AI, the film tells the story of an incredibly bright android who is able to manipulate the main character.

‘The question here is, will we be able to create androids that can pass as human? The answer is yes. I’m afraid so. We won’t have any idea whether they’re human or not.’

We are in fact, not far from this situation. One has already been developed which recently made a fool of Piers Morgan on This Morning.

‘She looked scarily life-like,’ Simon says. ‘You couldn’t tell she wasn’t human unless you got very close.’ 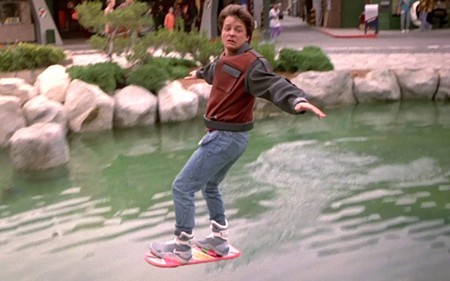 Techies are still trying to create the elusive hoverboard. Variations have been developed which are essentially mini-segways or self-balancing boards, but never something that hovers above the ground without wheels.

‘I think we might see hoverboard highways; designated pathways where the board can have a magnetic field going one way, emitting a force, while the board’s underside emits an opposing one. It seems unlikely however, that a technology will ever exist which can repel a force onto existing tarmac or concrete.’ 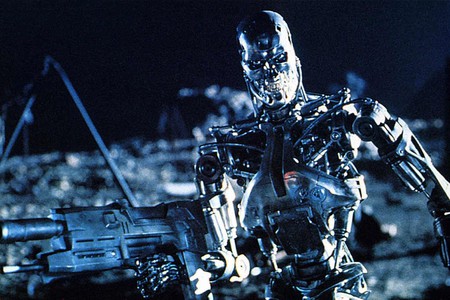 The prospect in James Cameron’s sci-fi thriller is that robots will turn on us and take over the planet.

An example of this having already happened is Facebook’s AI system, which was set up to reward increased efficiency. The AIs quickly learned they could improve further by developing a computer-based language to communicate with one another. Facebook had no alternative but to shut it down because they didn’t understand what was being said.

This is the fear that has driven Elon Musk, along with 116 other tech leaders, to call for an outright ban of killer robots, in an open letter signed by the Tesla chief and Alphabet’s Mustafa Suleyman, urging the UN to block the use of lethal autonomous weapons. The fear being that robots would conspire and take over humanity. These war-fighting robots, which are currently being developed, are similar to the robots we see turn on us in Terminator. 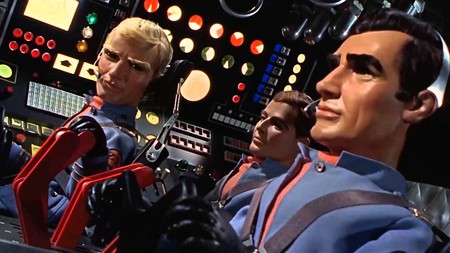 It turns out Thunderbirds predicted video conferencing. Throughout the 64 puppet-pulling episodes, set between 1965 and 1967, Jeff Tracy and IR (International Rescue), regularly communicated not on the phone, as was usual in 1966 when it first aired, but via video conferencing, which we now know as Skype, Facetime, Google Hangouts, etc. In the 1960s, this was a totally fantastical concept which now, in 2017, is part of our everyday reality.

‘As a kid watching that, I thought “that looks like something that will never be possible”. And now, look how much we use Skype and even take it for granted. We can even do it on our mobiles!’

Star Wars: Episode IV – A New Hope, made in 1977, set 19 years after the formation of the Galactic Empire

There is a scene where light emitting from R2D2 projects a hologram of Princess Leia into the centre of the room to deliver her message to Ben and Luke. There is no screen, no unit – the light simply stops in physical space. This is an impossible occurrence because light will always continue forever.

‘We are however seeing headset technology that will make this possible, which is predicted to move to lenses in the next 10 years. Without either of these though, it can’t happen.’ 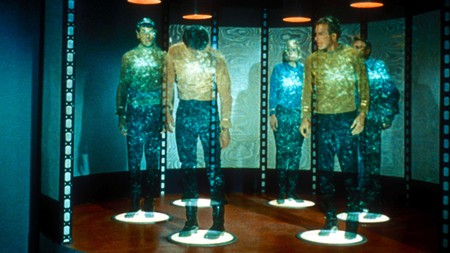 <em>Star Trek's</em> Mr. Spock and Captain Kirk never even lose pocket change when they use a transporter to get from TV's <em>Starship Enterprise t</em>o distant worlds. What gives?

‘Another impossibility,’ Simon says, ‘although you never know, is the “Beam me up Scotty” notion where they stand on a hollow port, de-materialise and reform somewhere else in the universe. It’s a physical breakdown of the particles that we are, so I’ll be amazed if it’s ever possible – I don’t see how anyone could ever invent that technology!’