From Weapons to Diamonds This Map Shows Every Country's Favourite Import 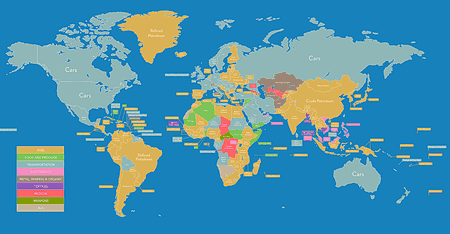 Whether it’s weapons, petrol, diamonds or food, this map shows you nearly every country’s biggest import. Some may surprise you!

It’s fair to say that fuel and transportation dominate worldwide imports, with 87 of 187 countries importing more refined or unrefined petroleum than anything else. 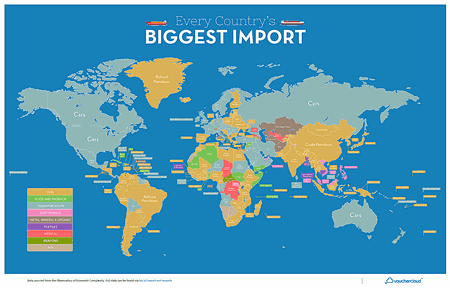 With all that fuel, it figures that cars, passenger ships, planes, helicopters and even spacecraft are also among the most imported goods. 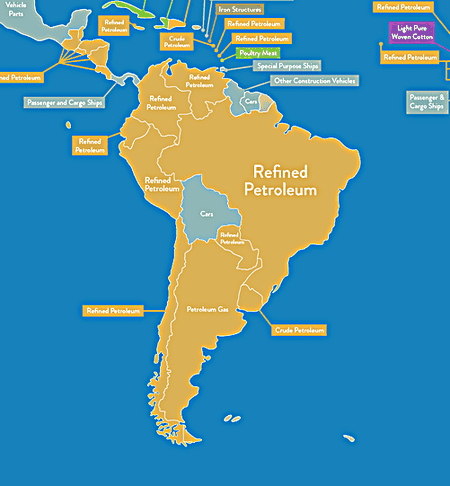 Food and medicines are among the biggest imports for many of the world’s poorest, most remote and war torn countries. Raw sugar, wheat and vegetables are heavily imported in Somalia, South Sudan and Syria. Scarily, the Central African Republic imports more weapons than anything else. 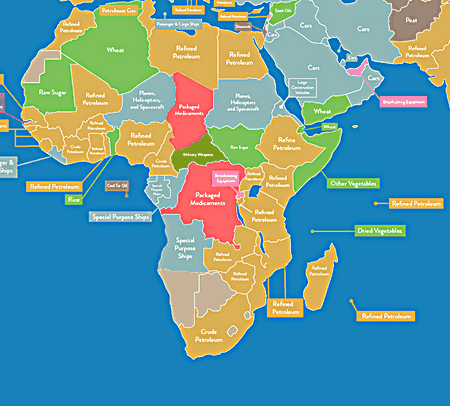 Europeans also love their cars and fuel, but bankers’ haven Switzerland breaks the mould, with gold making up more than a quarter (27.7%) of total imports. 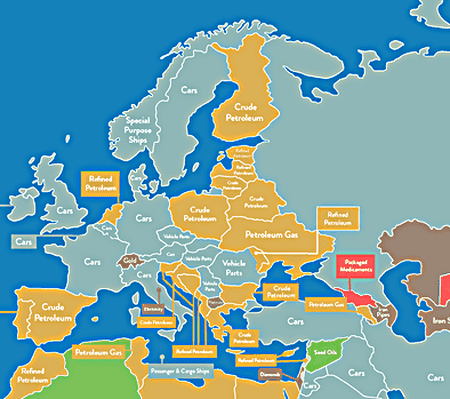 Eastern Europe and Asia then switches the focus back to fuels, along with more remote and smaller island nations around the world, which understandably needing to import fuel more than anything else. 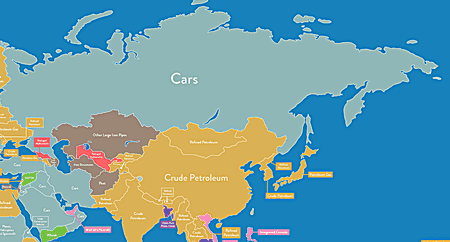 More of the same in Southeast Asia, except for Bhutan which mostly imports ‘light rubberised knitted fabrics’ and countries such as Vietnam and the Philippines are importing integrated circuits like there’s no tomorrow, fuelling their consumer technology industries. 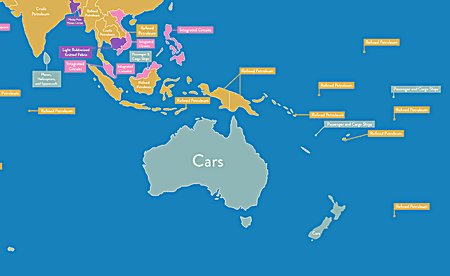 In North America, they need an awful lot of cars to cover all those roads, so it’s not surprising they dominate imports. 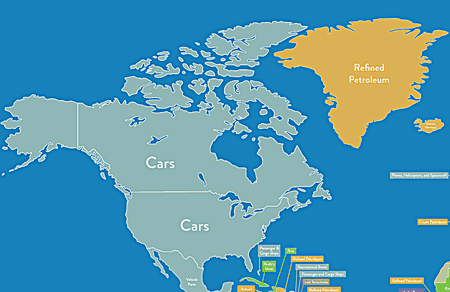 The guys at Voucher Cloud have compiled a complete breakdown in case you were wondering.