From Cider To Ice Cream, 10 Black Foods To Try 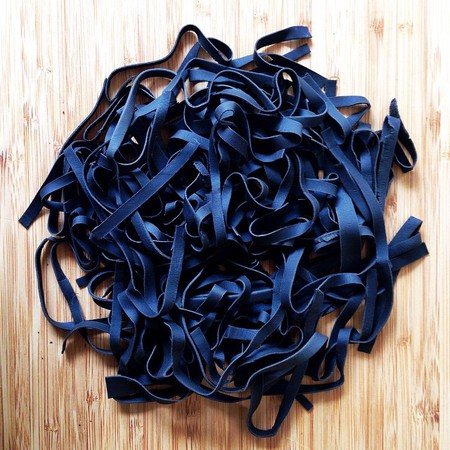 Black never goes out of fashion, and food’s no exception. Here’s our guide to 10 stylish black foods, ingredients and drinks.

Launched by Morgenstern’s Finest Ice Cream in NYC, this is the first ice cream made with charred coconut ash, which gives a smokey coconut flavour. Bang on trend and totally ‘grammable, especially when served in a black cone.

Another day, another trend, Bao in Fitzrovia, London, have launched black cod bao. Black cod isn’t actually black, it’s another name for the sablefish. Nobu famously did a miso-marinated version a few years ago. Boa’s ‘cod black’, however, is actually black, and comes in a white bun, with Ng sauce and lemon mayo.

If you grew up in the ’80s, you might remember ordering pints of snake bite (cider and lager with a dash of blackcurrant). The Flying Monk Brewery in Malmesbury however, have made what is the world’s first genuine black cider. “There are a number of dark coloured and flavoured ciders, such as blackcurrant and raspberry, but nothing that is black” says managing director Kevin Newbould. Scorpion has a full bodied medium-sweet taste and fruity overtones – and with a sting in the tail. Available direct from the brewery via mail order. 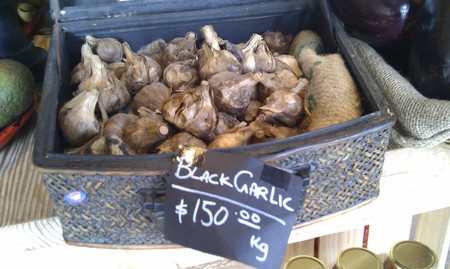 Black garlic is normal white garlic that’s slowly baked at a low temperature. The Maillard reaction causes the cloves to caramelise, without destroying the structure or drying them out. This results in a sweet, smokey flavour. Use as you would normal garlic, though finely sliced rather than crushed shows off its colour. Available from a range of delis, some supermarkets, or online from Balsajo in the UK or Blackgarlic.com in the USA.

In Asia, fast food giants McDonald’s and Burger king have recently been locked in a black food arms race. McDonald’s kicked things off in China launching black buns in 2012. Months later Burger King responded with a black bun and squid ink ketchup combo in Japan. Then in 2014 they went one better with a premium version that also included black cheese. The Culture Trip waits with bated breath for what happens next. 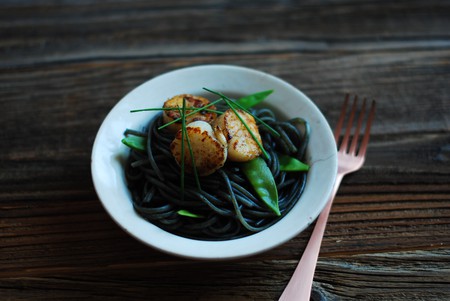 Black pasta is made by adding squid ink to the dough. Though you can make any shape and style of pasta, the most common are linguini as this pasta works best with seafood dishes, particularly mussels (also black) or pieces of bright white squid. Available from most delis or mail order from Sou Chef, who also sell squid ink if you want to make your own pasta from scratch. 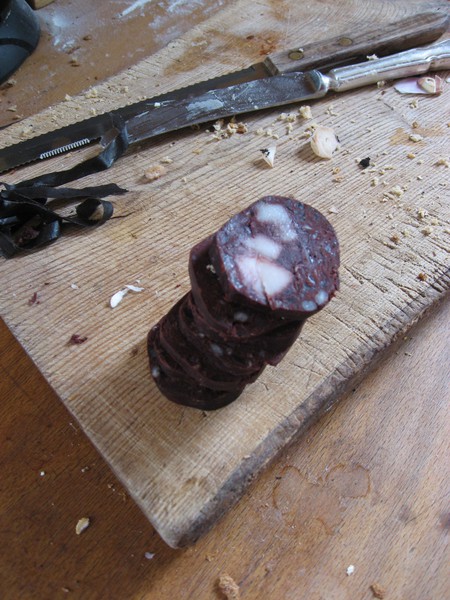 A much loved food of the north of England, particularly in the market town of Bury, Lancashire. It’s also popular in Scotland, and is made on the Isle of Stornaway. It’s pegged as a superfood for 2016 by MuscleFood.com for it’s health and nutritional benefits, but only if you ditch the accompanying fry up. 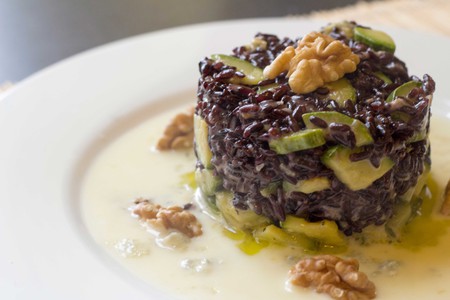 With higher nutritional amounts of protein, fibre and iron than brown rice, and more antioxidants than blueberries, black rice is also being touted as a super food. It’s also known as ‘Forbidden rice’, as it was only allowed to be eaten by Chinese Royalty.

No, not the ’80s rock ballad, but a cocktail invented at Brooks Club in London featuring Guinness and champagne. In 1861 Queen Victoria’s husband Prince Albert died, and the nation went into a period of mourning. And so the club barman added the famous Irish stout to a glass of champagne as a mark of respect. Curiously in Germany a similar drink is known as Bismarck. 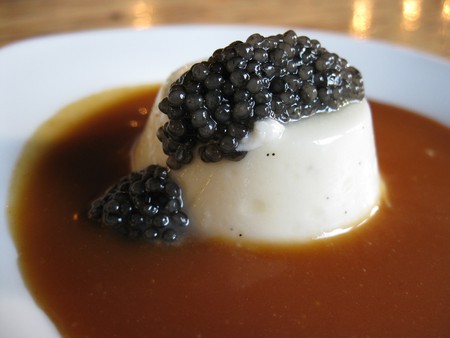 Finally, if money’s no object, then it’s got to be caviar. According to the Guinness Book of Records, a kilogram of ‘Almas’ caviar from the Iranian Beluga fish goes from around £20,000. With a price tag like that you can see why caviar has the nickname, black gold.