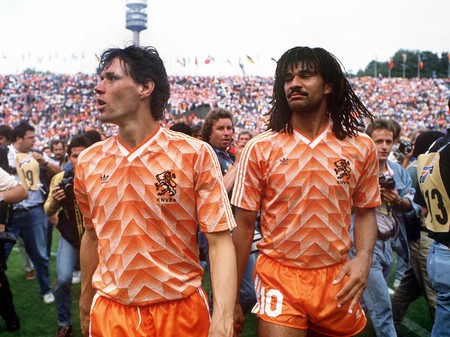 From Brazil to Blyth Spartans, from Stockport to Sampdoria, design geek and football fan Neal Heard’s new book celebrates the finest in football shirts that the game has to offer. Straddling politics, fashion, music and design, this is the definitive book on cult kit.

The Football Shirts Book comes 14 years after Heard’s first book, Trainers, his homage to sports shoes that became the ultimate guide to sourcing and collecting them. Similarly, with this offering, all the shirts featured in the book are original vintage shirts and Heard’s years of painstaking research come through every page. 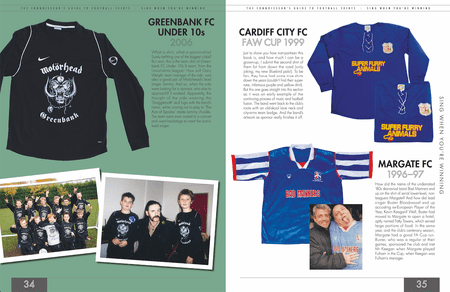 For every famous part of pop culture ingrained in the minds of millions, there are intricate stylings that may have only previously been appreciated by Eintracht Braunschweig fans of a certain vintage.

For Heard, this book is not simply about what a shirt looks like; it is not mere aesthetics. While that clearly plays a part in his affections, it’s all about the feelings and emotions that come along with it. Heard says: ‘Every shirt seen here should take you back to a specific place and time, or make you draw breath with its sartorial beauty, or convey an interesting story or, most importantly, let you share a memory. I make no bones about the fact that how shirts cross over into the realms of popular culture is of vital importance to me.’ 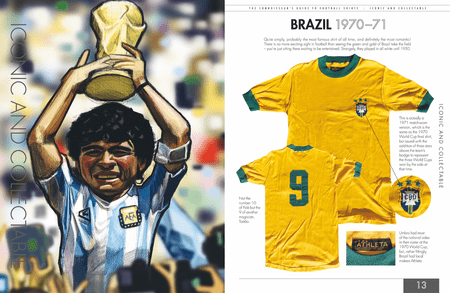 It could be Gazza’s 1990 tears, Batistuta’s machine gun celebration, Cantona’s kung-fu kick or even Robert Plant playing park football in his Y-fronts. There are moments – as fleeting as a single strike of the ball or as long as the season in which a golden generation peaked together – that etch shirts into folklore. This is what this book is about.

There’s a good chance it’s the players that wore them that gives garments added feeling. Would the Netherlands’ 1988 European Championship winning home kit live long in the memory without Gullit, van Basten, Koeman et al. scoring all manner of ridiculous goals while wearing such a vivid design? 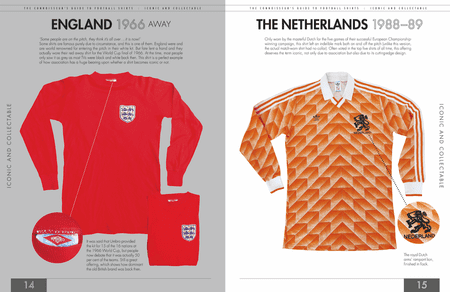 The book features 150 different shirts, most accompanied by descriptions of why they matter to the author. In addition, there are interviews with designers and collectors, as well as famous football fans picking out the shirts that make their own personal list of favourites.

This is a celebration of design, of graphics and of detail. There are kits that make the grade thanks to the LGBT community, the Dalai Lama and to Bob Marley. It honours global superstars, the greatest players to have ever kicked a ball, but it also pays tribute to the small town cult heroes, all sideburns and cigarettes. It is glorious and everything you want it to be. 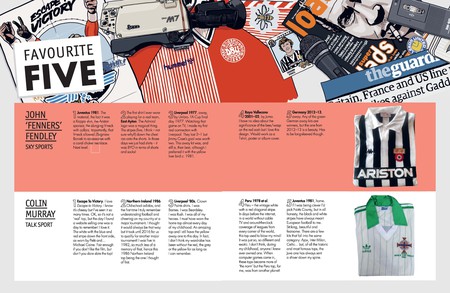 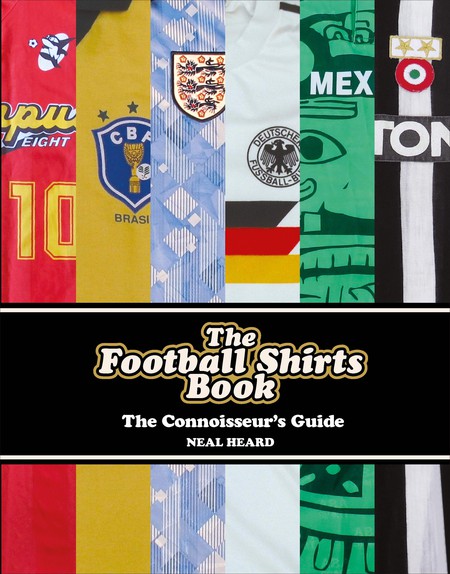 © Neal Heard
Give us feedback