Five Reasons Why You Can't Miss Dan Stevens in 'Legion'

With the Marvel Universe expanding on the small screen almost as quickly as its big screen counterpart, little known mutant Legion is set to join the fray in Fox TV’s bonkers new series. Best of all, British star Dan Stevens is outstanding as David Haller and his alter-ego Legion, the eponymous anti-hero at the heart of the show.

Based on the Marvel series by Chris Claremont and Bill Sienkiewicz, Legion begins with David Haller (Stevens) in an institution. He’s been in and out of psychiatric hospitals since he was a child, and now in his early thirties he is struggling to make sense of the world around him. It’s an unsettling back story, with random witticisms from loudmouth patient Lenny (Aubrey Plaza) punctuating the monotony.

David finds himself drawn to newcomer Syd (Rachel Keller), and following a startling incident he begins to think there may be more to his problems than first meets the eye. 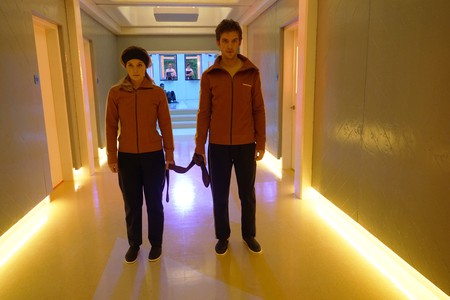 The show deliberately sets off on a bizarre path. The eye-popping visuals are worthy of big budget movies and there is a deeply disturbing undercurrent throughout the first episode.

The most powerful mutant on the block

Legion is the son of Professor Charles Xavier, so we know he will have some powers, but in the comic universe there is virtually no one who can touch him.

It’s little wonder then that Legion is one of the most feared mutants in the X-Men Universe. The show manages to somehow keep all of these abilities in check, keeping David grounded, despite his immense superhuman power.

Dan Stevens, who proved he could do dark characters when he starred in The Guest, plays David perfectly. We get a sense of his isolation as well as menace, seething just beneath the surface. As the series progresses we see just how powerful he is, but all the while the character continues to evolve in front of us.

Its funny… and scary

Fargo’s Noah Hawley appears to have full creative control over the series. He’s proven to be more than capable with challenging material, and is completely in his element with Legion.

The show is a serious head trip, and it needs to be. We experience the delusions and hallucinations that David endures in great detail, inhabiting the same head space that he does. His demons, and they are plentiful, are presented to us as real manifestations of his psychosis.

At times the first episode is too disorientating. With a nonlinear structure, flashbacks and fantasy sequences you never really know where you are with Legion, but that’s the point.

Hawley craftily develops a unique perspective that becomes easier to follow the longer we spend with the characters. The retro look of the show is a major factor too. It allows for psychedelic playfulness to overtake the narrative, with the first episode moving slowly towards a fully-formed origin story.

Dan Stevens and the supporting cast 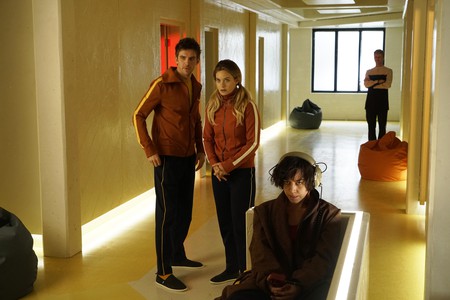 The supporting cast of Legion get to have as much fun as Dan Stevens too. Aubrey Plaza, full of her usual quirkiness, finesses her Lenny into a constantly watchable side-attraction. Both Plaza and Stevens spark off one another to great effect, and the addition of Keller’s Syd only adds to the combustive and combative frisson that is established early on.

Another neat twist is that David doesn’t get to rely on adolescent growing pains as a disguise for his experiences. There is a technique we see, where the consciousness of the main characters appears to swap at predesignated intervals, all of which requires razor sharp attention to detail. It’s as much of a challenge for the viewer as it obviously is for the actors.

Legion is connected to the X-Men Universe

X-Men producers Lauren Shuler Donner, Bryan Singer, Simon Kinberg, Jeph Loeb, Jim Chory and John Cameron are all on board with this series.

There were early noises made about how the show would enlist the help of mutants established in the cinematic universe, but we’ll have to wait and see if Patrick Stewart (or the younger Xavier in the form of James McAvoy) make an appearance.

What we do know is that Legion can easily absorb the film characters we know, but even more tantalising is the prospect of seeing Dan Stevens turn up in future X-Men films!

LEGION airs on FOX this Thursday 9th February at 9pm