Fenne Lily: 'I Wanted To Make Something Good Out of This Shitty Chapter of My Life' 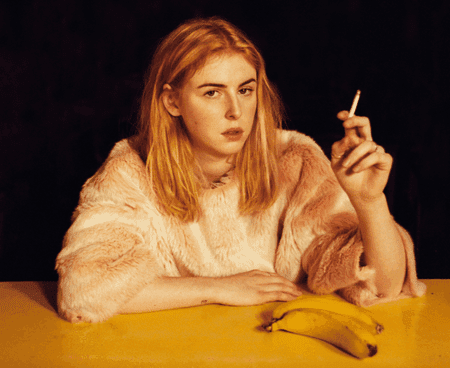 Fenne Lily was nursing a broken heart when she was writing her debut album. Not just looking back at a failed relationship from a distance and working through some stuff. No, she was slap bang in the middle of the sickening maelstrom of pain.

One of the best songs from On Hold – and there are many – was written moments after her heart was shattered from a great height after her boyfriend told her he was leaving the country. For the singer, making the album wasn’t just a cathartic purging of her feelings, but an attempt to make something beautiful from the rubble of her devastation; loss and creativity all jumbled together. Or as she puts it bluntly ‘trying to make the most of something that was shit’.

‘We broke up because he moved away,’ she recalls while talking about the inspiration behind the track ‘Three Oh Nine’. ‘I was like, “You’re starting this massive chapter of your life. I’m going to make something good out of this shitty chapter of my life.” So, it was a decision to make it a breakup album although mostly it’s kind of like an open diary, mapping from when I was fifteen to now. Five years of repeating the same patterns with boys.’ 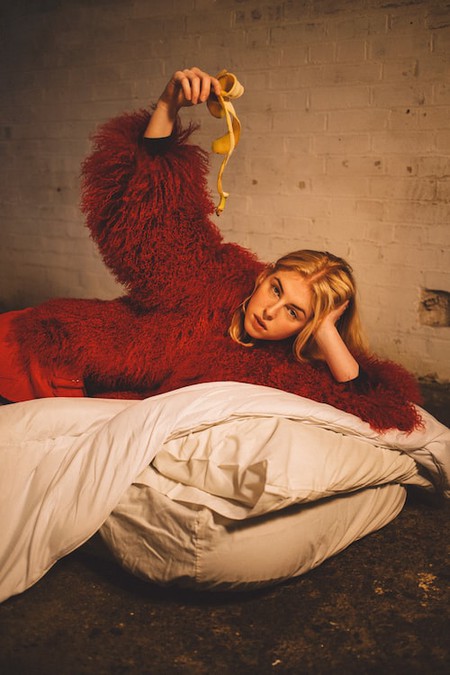 The album is written with soul-baring intimacy. Each track is gently put together with such sweet, raw honesty that it tips your insides upside down. It’s wistful folk in the manner of Marissa Nadler, Sharon Van Etten, Laura Marling and Joni Mitchell. Fenne has one of those honeyed voices which envelops you in a haze of pensive yearning and hints at a world-weariness far greater than you’d expect from her twenty years on this Earth.

But her failed one-year relationship with the man who was her first love might have had something to do with that. It had started off as something casual before ‘it turned into something else’. She explains: ‘I didn’t know he was leaving and he told me a couple of months before he was going to go. “I’m going to do my masters now so I’ll guess I’ll see you around.” So I was like, “Fuck, this is not what I signed up for.” A lot of the songs were written in that weird part where I was like, “We’re going to be together for two more months but we’ve already kind of broken up because I know exactly the date you’re going to go. I can’t really say I love you anymore because I hate you but I’m still going to sleep with you.”‘

Dressed casually in a grey sweatshirt with a shock of strawberry blonde hair, Fenne is pretty in a fresh-faced way and as forthright in real life as she is in her lyrics. The art school dropout describes herself as an ‘overthinker’ and has a matter-of-fact air about her even when she’s talking about being dumped.

Brought up in Dorset, she was briefly homeschooled by her parents and was only allowed to watch The Simpsons on TV growing up. She used to raid her mum’s record collection to listen to acts like The Velvet Underground & Nico and names The Cocteau Twins as her all time favourite band. As a teenager, she dabbled with the piano, saxophone and violin before finally deciding on the guitar as her instrument of choice. ‘I have a short attention span,’ she admits ruefully.

Her music career started in earnest when she moved to Bristol as a 17-year-old and started touring with the likes of Marika Hackman and Charlie Cunningham, as well as collaborating with Aldous Harding. ‘Top to Toe’, an ode to social anxiety that she wrote when she was just 15, became her breakout hit in 2016 after it was included on a Spotify playlist soon after it was released. It was her first single. 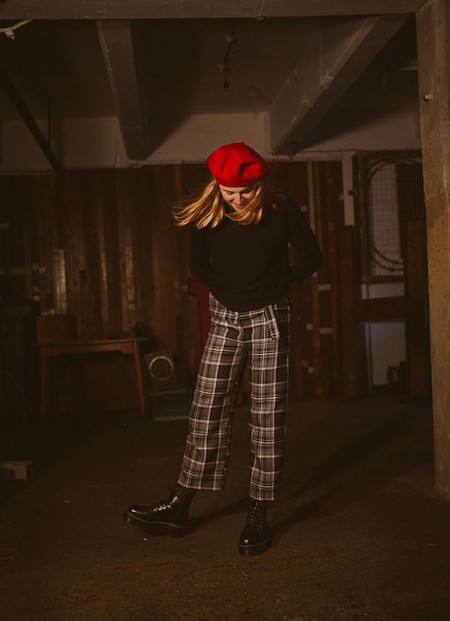 Fenne has been a streaming success on Spotify | © Hollie Fernando

Since then, it has received 21 million plays. For anyone who has criticised the streaming giant for not paying artists enough, Fenne argues the opposite. ‘That adds up to quite a lot of money. Spotify kept supporting me and playlisting me. That literally funded this record and paid my rent. They’re just a really nice company. I couldn’t have done it without them.’

It was because of her success on Spotify that she was able to release her debut album independently. No record company. Just her and a team of people she handpicked. A gutsy move considering she was relatively unknown. ‘I had the people around me that I wanted to make it with and the material. So really all that was missing from that was distribution and getting it out to be heard by people. Instead of going for a label and having them take fifty per cent of my money, controlling my artistic output and maybe slowing down the process, I thought if I can get all these people that I trust to work on my own kind of label as such I would maintain integrity, control and do exactly what I want.’

She adds: ‘I feel like a label is just a middle man. I don’t need a label right now. They would probably benefit more from this than I would. I had a lot of meetings with a lot of labels and came out being, “Yeah, that sounds cool. You’ve taken me out for lunch and you seem like really nice people but ultimately I can do exactly what you’re doing with my manager.” He’s got grey hair because of it and I’ve lost a lot of weight but I think it’s worth it. It’s exactly how I want it to be.’

It’s a record about how messy love and loving is powered by the stark beauty of Fenne’s vocals. While it charts the fallout from her relationship through the inevitable stages of despair, sadness and loneliness, she didn’t want to turn it into an album about how ‘all men suck’. There’s a happy ending of sorts. She found a new friend (who just happened to be one of her ex’s mates) going through the same heartache as she was after breaking up with his girlfriend. The title track ‘On Hold‘ is a tribute to their ‘pure’ friendship.

Has your ex-boyfriend heard it yet? ‘He won’t like it. He likes hip hop. He won’t enjoy it sonically so fuck him.’ She takes a moment before joking: ‘I’ve used him for my art. If anyone should be angry it’s him.’

On Hold is out today.