Fantasy Football: The Growth of the Game Within a Game 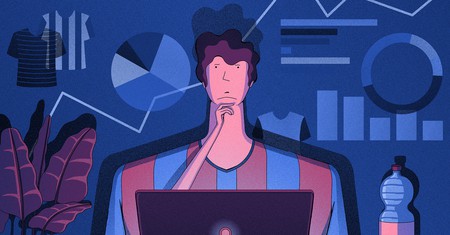 Fantasy football has never been more popular and shows no sign of slowing down. While fans are becoming disillusioned with football, its synthetic sibling continues to appeal increasingly to a variety of enthusiasts.

For those dedicated and skilled enough to have made it as professional footballers, preseason usually involves impossibly rigorous strength and conditioning training – a summer of Ibiza pool parties or blowouts in Las Vegas brought to an abrupt halt by bleep tests, ice baths and BMI calculations.

Preseason is, however, just as crucial to the millions who have to make do with football of the fantasy variety to claim some sort of sporting success, with strength and conditioning swapped swapped for spreadsheets and ill-judged hunches.

Fantasy football has never been so popular. Just under six million people signed up to Fantasy Premier League (FPL) at the start of the 2017/18 season, the official game for football’s most popular domestic league. Across the planet everyone, from celebrities to sheiks, are agonising over the best midfielder that you can nab for £5.5m, or whether Demarai Gray’s lack of game time warrants his differential.

Despite being an offshoot of football itself, it can be difficult to gauge where fantasy stops and football starts. Fantasy has its own websites, tv shows, radio coverage, pundits, interviews with successful managers, social media accounts, podcasts and blogs.

Everyone plays; there’s no typical fan. In Wasting Your Wildcard, David Wardale writes about one particular mini-league that includes: “three medical doctors, two professors, one drug-dealer, one psychologist, two farmers, one architect, one film producer, one arborist, one interior designer, two semi-famous musicians, one professional hunter, two malaria researchers, one pool guy, two handymen, my wife and one member of ABBA”.

And for what? While some forms of fantasy football, usually run by newspapers, offer cash prizes, FPL doesn’t. The anguish that people go through over the course of 10 months is simply for bragging rights alone.

Wardale explains: “The Premier League, with its global reach, official snack partner and bloated superstar salaries, has somehow contrived to invoke a Corinthian spirit long gone from the game itself – a game played for the sake of it without need for gaudy recompense.”

But the lack of prize money doesn’t stop people investing in FPL financially. Fantasy Football Scout (FFS) has established itself as the go-to website for tips on the game. They pay Opta for Premier League data and utilise it in their free editorial content. In addition, they supply detailed statistics that readers can access through a paid-for membership.

Fantasy in this country has taken an alarmingly long time to properly take off, certainly when you compare it to American equivalents. While rudimentary versions of fantasy sports have been played in the US since the 1960s, the UK had to wait another 30 years before newspapers began experimenting with fantasy football.

Even British television’s early attempts to tap into fantasy football didn’t quite hit the mark. The BBC’s Fantasy Football Show, fronted by Baddiel and Skinner, caught on to the lad-mag/Loaded/Men Behaving Badly zeitgeist of the time, but the actual game played little part in the programme itself.

The immediacy of the internet completely changed the genre. Now the Premier League could get involved and offer a product far more appealing than that of The Sun or The Telegraph, despite offering nothing in the way of a prize money. (The Telegraph, for example, offer £40o,000 to its overall winner).

As more and more people play, the effort put into outperforming rivals, and the tools utilised to try to achieve that success, becomes increasingly more detailed. Wardale says: “With 500 or so players available to buy in the FPL game, that throws up the potential for more than 10,000,000,000,000,000,000,000,000 combinations.”

Blake estimates that he spends between two and five hours a week on fantasy football depending on when in the season it is. He says: “Sometimes I spend longer mining data if I’m writing an article on it, so at the moment I’m doing one on the ‘new manager bounce’ – is it actually a thing? That would take about six or seven hours to put together, and then a few hours to write it. It might take 12–18 hours in total.”

FPL’s millions of players aren’t all going into the same detail that Blake does. His profession and his passion for data, combined with simply being a football fan, have led him to this point. “It started a couple of years ago, when I set up my blog just as a place to put my findings about football in general down.” He says, “It was only when I started getting involved in fantasy and posting stuff on twitter that it took off a bit more.”

Mathematically Safe is one of a number of resources that fantasy fans can consume, harnessing somebody else’s painstaking effort in various underlying metrics to see which is the best way of approaching your “three-way budget defender rotation”.

Ten years ago FFS began as a basic blog, the brainchild of its still director Mark Sutherns. Its editor, David Munday, says: “Fantasy tends to have two types of players – those that just watch the games themselves and those looking at numbers and data. Mark set up FFS as a place for detailed analysis and somewhere for people to discuss it.”

It now has a small team of full-time employees, with an aim of making its output accessible to as many people as possible. Beyond its paid-up members, it has become the go-to for the fantasy football community looking for advice, news, insight and even affirmation. Sutherns regularly appears on the FPL’s official programme as a pundit, mirroring football itself.

Unlike football and despite being a competition, Fantasy is a social pursuit, which does not invoke the same vitriol as the real thing. Munday says: “It’s a different type of audience and community to traditional supporters of clubs – there’s less tribalism and everybody seems more courteous of each other.”

Part of Munday’s editorial strategy will be to involve the network of FPL experts respected on social media within FFS, much in the way a newspaper would traditionally invite guest columnists to contribute. The site’s loyal and ever-increasing following can use the insight as they see fit. In the meantime, those needing an even greater fix can pay their money and enter a world of metrics and player profiles in a quest for nerd nirvana and gaming glory. 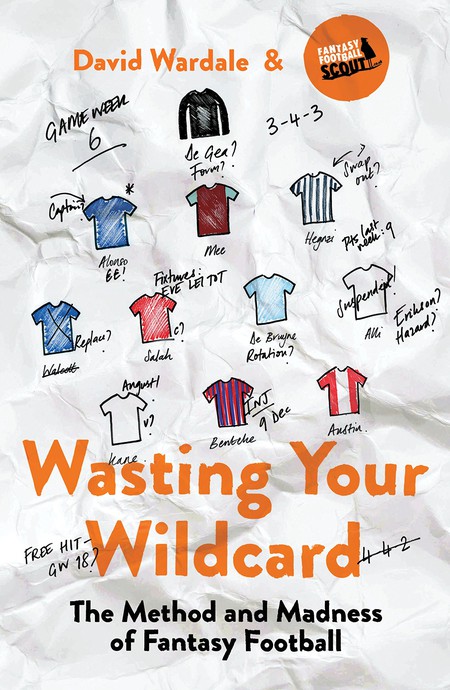 Wasting Your Wildcard: The Method and Madness of Fantasy Football by David Wardale is published by Yellow Jersey, 2018.