Fantastic Game Of Thrones Gifts For Your Kitchen Kingdom 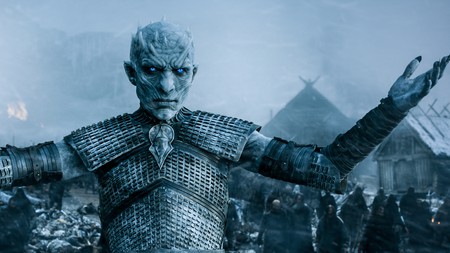 Winter is coming, and that means Christmas isn’t far behind. With series seven of Game of Thrones not airing until late spring 2017, we’ve a long wait. So in the meantime here’s a round up of the best GoT kitchenware Christmas gifts for your Lord or Lady, just don’t massacre anyone at the dining table. Oh, contains spoilers.

Ramsay Bolton may have met his demise in series six (I really wanted Ghost to kill him while Ramsay’s own hounds cowered in fear of one of the last remaining direwolves) but if you’re a fan of team Bolton’s erm, habits, then this chopping board is a must for your pork sausage. 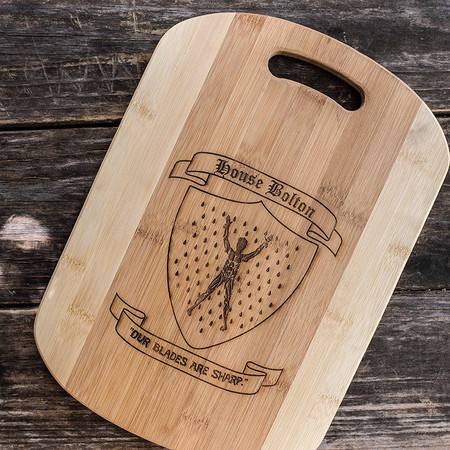 Longclaw in the kitchen

As part of a wider campaign to promote Northern Ireland as the home of GoT, Tourism Ireland have commissioned three Valyrian steel kitchen knives from a blacksmith (no, he’s not seen Gendry either). Sadly these are the only examples, but you can view them in the Ox restaurant in Belfast.

However, it seems that George RR Martin may have based Valyrian steel on a super strong metal alloy developed in the Middle East, known as Damascus steel. What’s more, like Valyrian steel, the knowledge of how to make real Damascus steel has been lost. The next best thing is this Kikuichi Elite Warikomi Damascus Tschime Chefs Knife. But remember, as The Hound says, ‘only c**** name their swords!’ 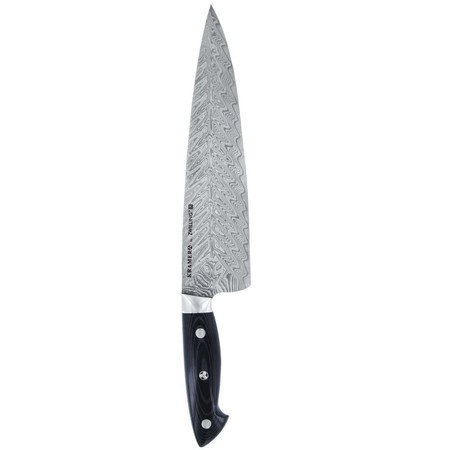 From Joffrey’s wedding pie to The Queen of Thorns’ lemon cake, there’s plenty of bakes in GoT. If D&D were crowning anyone ‘star baker’ however, it’d have to go to Hotpie. Not only does he make a mean kidney pie, but he’s also good at making direwolf biscults. This Christmas, you can do the same with this official HBO House Stark sigil silicone cake tin or these Houses of the Seven Kingdoms cookie cutters. 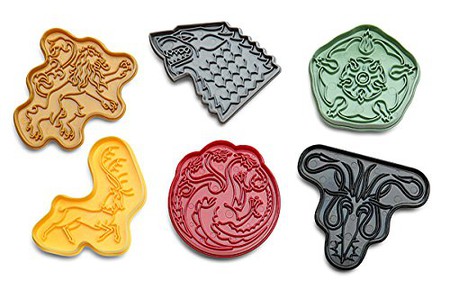 I drink, and I know things

Ah, where would this show be without the Lannister’s boozing? From Tyrion binge drinking to Cersei’s constant cup in hand, it seems the Lannister’s like to hit the bottle. If you’re partial to the odd glass too, then a House Lannister wine glass are for you.

King’s Landing not your thing? Then this genuine horn mug is perfect for toasting ‘Da King Of The Norf!’ As for what to put in it, Vivino have tried to map real world wines onto regions in Westeros and Essos (Dorne, for example, produces reds similar to Spanish Ribera Del Duero). We await with anticipation a drinkable version of Tormund’s fermented goats’ milk. 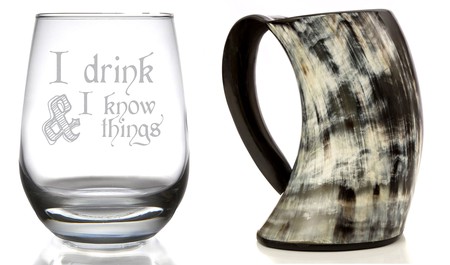 Keep cookies and biscuits safe and secure from your rampaging Dothraki horde in this hand-painted ceramic dragon’s egg cookie bin. This one’s modelled on Rhaegel’s egg apparently. These would make a great wedding present too. 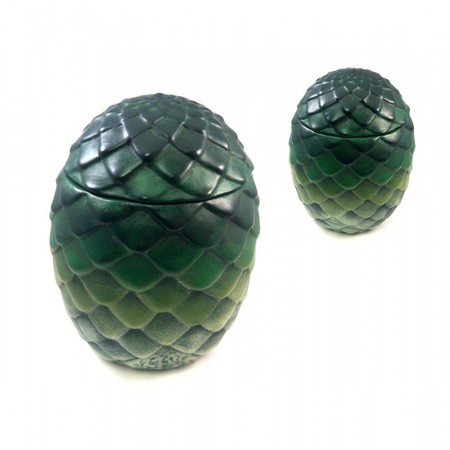 Planning a good meal takes military precision, so you might need these Game of Thrones map marker salt and pepper shakers. A Westeros table cloth is sure to follow soon. 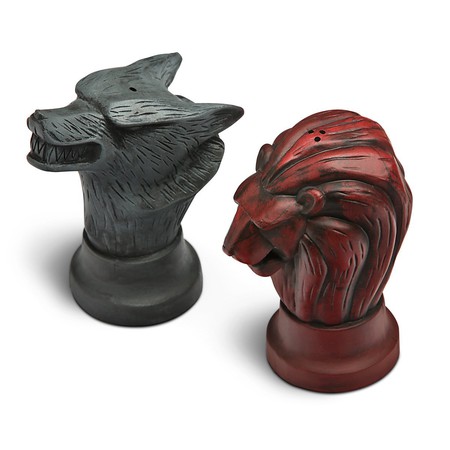 Well, the table’s all set, but what about the food? We suggest A Feast of Ice and Fire: The Official Game of Thrones Companion Cookbook. The book contains lots of sumptuous dishes worthy of a Lannister wedding, or, indeed, a wake.