Everything You Need To Know About Britain’s Smelliest Cheese 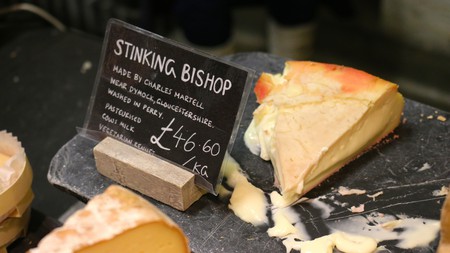 France may be known as the land of smelly cheese, but thanks to the likes of Stinking Bishop, the Brits are hot on their heels. Never heard of it before? Well here’s everything you’ll ever need to know about this legendary stinky cheese…

Stinking Bishop is one of the fine offerings from cheesemakers Charles Martell & Son Ltd. Charles Martell first started making this pasteurised soft cheese in 1994, from the milk of his herd of Gloucestershire cattle, in order to help raise awareness of the rare breed. The cheese shot to fame when it made an appearance in the Oscar-winning 2005 animated film Wallace & Gromit: The Curse of the Were-Rabbit, in which Wallace was revived by its stink! As a result, demand for Stinking Bishop rose by 500%, and it’s become a bit of a legend among cheese, especially after it was crowned the winner in Britain’s Smelliest Cheese Championships at The Royal Bath and West Show, Somerset. 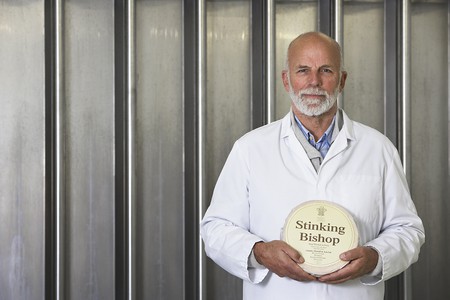 How did it get its name?

The pungent smell of the cheese is in the rind, which is washed in perry made from the Stinking Bishop variety of pear. The pear was named after a local mid-19th century Gloucestershire farmer, named Frederick Bishop, who earned himself the nick-name ‘Stinking Bishop’ thanks to his riotous behaviour and drunken temper. The story goes, he shot his own kettle when it took too long to boil. So, nothing to do with a bad-smelling member of the clergy…

This specialty cheese is soft and creamy with a delicious flavour. It’s definitely a distinctive taste, but not as strong as the smell of the rind would suggest – so don’t let that put you off! There’s no need to mess around with Stinking Bishop, just spread some onto a cracker, add some chutney if you fancy, and you’re good to go. 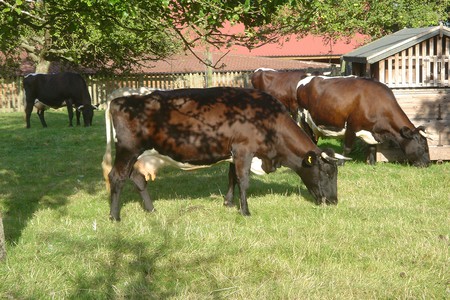 Where can I find it?

Since Stinking Bishop is an artisan cheese produced on a relatively small scale, you won’t find it on the shelves of your local supermarket. It’s stocked at plenty of good quality cheese shops and delis across the country – find your closest one here ­– and you can also buy it online direct from the producers, right here. Go on, embrace Britain’s smelliest cheese and add it to your cheese board this weekend – we dare you…