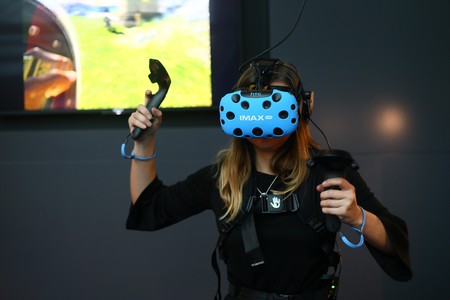 As cinemas search for new ways of bringing back customers through their doors, IMAX, in association with ODEON, hope that the latest version of Virtual Reality technology will be the answer. We test out IMAX VR to see if the hype is justified. 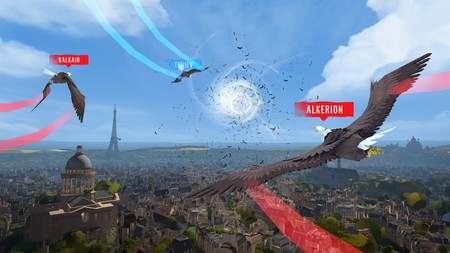 For many, VR still represents a fledgling technology that failed to deliver a decade or so ago. The virtual worlds we remember, formed of basic polygons and rudimentary graphics, rarely worked, with cumbersome headsets and dull games. Having disappeared for a number of years since, the latest incarnation of VR is a world away from what you might have seen before, but will it ever catch on as a viable entertainment format?

Having launched their first VR ‘pods’ in Los Angeles earlier this year, IMAX have expanded this format into three other territories in rapid fashion. New York, Shanghai and Toronto were early adopters, with another five planned in the coming months. The first such experience in Europe is launching in Manchester at the ODEON in the intu Trafford Centre this week, and we spoke to some of the people involved to find out what the plans are for IMAX VR going forward.

The plan is to let users feel, see and hear interactive entertainment at purpose-built, location-based centres. The ‘pods’, ten specially constructed play areas, allow users to play on their own or as teams.

‘Our ODEON at the intu Trafford Centre is already one of the most innovative and popular cinemas in Europe, and now the launch of the IMAX VR Experience will make it one of the most unique cinemas in the world,’ said Mark Way, Managing Director of ODEON Cinemas Group. ‘Our guests will be awestruck by the power of the IMAX technology and the quality of the content from the world’s most creative studios and developers. We have a great history of working closely with our partners at IMAX to bring guests the very best entertainment, and this is another massive step forward.’ 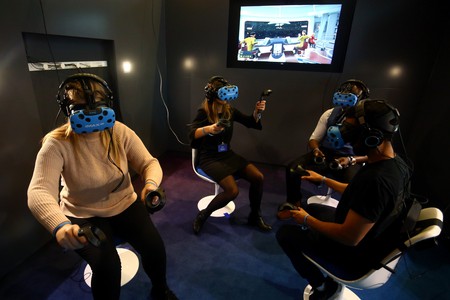 The arrival of IMAX VR has been compared to the arrival of cinema in general. Audiences were wowed, and even a little frightened at first, and one of the key aspects of the experience now is to guide customers through the process. Various elements, such as user experience, pricing models and game length, are being tested, but Giovanni Dolci, Managing Director, Europe & Africa, IMAX Corporation, told us that the price of an IMAX VR ticket will be cheaper than the average price of a cinema ticket. The plan, however, is for both the cinema-goer and the VR player to compliment each other. Research has shown that customers coming to play the various VR experiences are also buying tickets for films.

The IMAX VR exclusive launch of the Justice League Experience further signals the involvement of Hollywood studios (in this case Warner Bros.) with this format.

‘Finally the technology is getting to the point of offering a high-end experience, but its not there yet…’ admits Dolci. ‘There will be a lot more evolution around VR, but we are comfortable bringing this to the consumer. There a number of similarities, too, between going to the cinema and experiencing IMAX VR. It is important that we realise that we are still piloting this in some ways, and in six months’ time we will have a better understanding of how it is going.’

‘When we launched the flagship in Los Angeles, the reaction was phenomenal. We recorded 50,000 admissions in the first few months and approval ratings approaching 90%… so it is working,’ he adds. 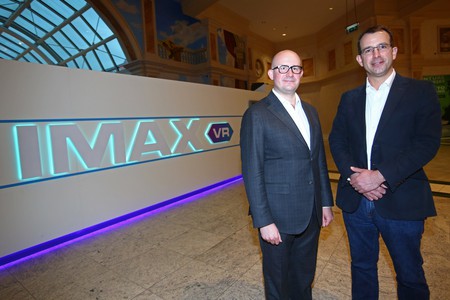 The novelty of trying your hand at IMAX VR, compared to watching a film in a cinema, is also a selling point. The latter is about the social experience and the former focuses on interactivity. The hope is that each will stand-alone; the Los Angeles location, for example, isn’t attached to a multiplex or shopping mall.

‘You can never replace the cinema with VR,’ Dolci told us. ‘Nothing can replace the idea of sitting together and laughing or feeling emotions together in an auditorium.’

Although IMAX aren’t looking to bring their technology to the home user, they are going to be providing content for others. VR pods could also be used for commercial and marketing purposes.

So what of the experiences themselves? We tried two of the launch titles in Manchester. The aforementioned Justice League Experience allows users to drive like Batman or soar through the air like Superman. Both very different, physically demanding scenarios, and both in-keeping with the film itself. Jeremy Irons, who plays Alfred in the latest Batman films, also provides the supporting voice here.

Life of Us sees the player in more of a passenger role; this time seeing the world evolve around them from an amoeba in the ‘primordial soup’ to a Tron-esque futuristic dance off. This experience requires the user to stand up and wander around, but thankfully there are in-game notifications as well as plenty of helpful staff to avoid any unfortunate wall-banging accidents. 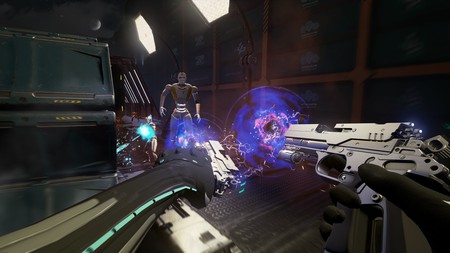 It’s still early days, and as those involved have already told us, the technology is far from finished, but IMAX VR certainly offers up a new and exciting way of consuming entertainment. As a regular cinema-goer, the idea of seeing exclusive content built specifically with real-life VR films (something Dolci mentions that IMAX are actively working with high-profile film-makers to deliver), is appealing.

IMAX has partnered with Google to develop a cinema-grade VR camera that will enable today’s leading film-makers and content creators to deliver the highest quality 3D 360-degree content experiences. The companies expect to launch the new camera in mid-2018 and IMAX will leverage the resulting content for its centres.