Enjoy Contemporary Art This Summer at a National Trust House 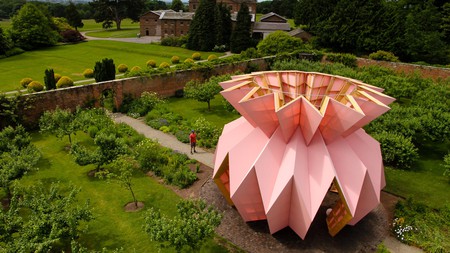 Continuing the ‘cultural legacy’ at the heart of many of the houses and gardens throughout the UK under the National Trust’s care, the Trust New Art programme introduces the public to a range of artists and a breadth of creative practices to give a new perspective on these important historical locations.

With a schedule of interesting events from theatrical performances to outdoor installations, we’ve rounded up just a few of the artistic interventions you need to add to your summer calendar. 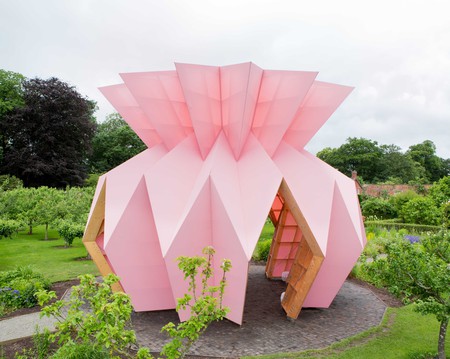 You only have a couple of weeks left (until July 9) to experience Luke Jerram’s mega ticking-installation of over 2,000 clocks at Nostell Priory before it begins its UK tour. Commissioned in 2015 to celebrate the 300th anniversary of the famous clockmaker John Harrison’s first longcase clock, Harrison’s Garden celebrates the legacy of the inventor, who was actually born at Nostell. As the work tours (Castle Drogo, Devon July 14–October 29; Gunby Hall, Lincolnshire until June 2018; and Penrhyn Castle, Gwynedd in 2018) it will gather clocks along the way. 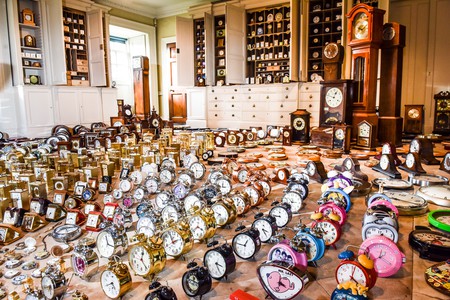 The Golden Box at Croome, Worcestershire

Drawing on the rich collection of Meissen, Worcester and Sevres porcelain in the Croome collection, London-based Dutch artist Bouke De Vries’ has created an unusual interactive installation in the neo-classical dining room. Inviting visitors to walk through the glistening work, you’ll be able to get up close to terrines, vases and teapots that decorate The Golden Box’s walls and ceiling. 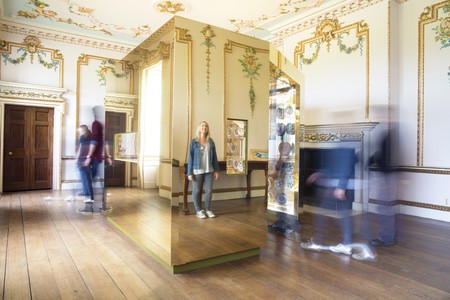 Until mid-October 2017 you can see the work of one of France’s greatest living sculptors in the Grade I listed gardens of Cliveden in Buckinghamshire. For the first outdoor exhibition in the UK of Bernar Venet’s work since 1976, 10 large-scale steel sculptures have been placed around the grounds, which beautifully contrast with the verdant surroundings. 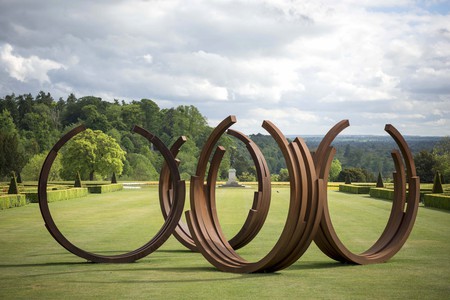 Ten historic buildings including the National Trust’s Quarry Bank, Cheshire, and Osterley Park and House, Greater London are showcasing contemporary artists’ video that explores the global legacy of industrialisation. Curated by Film and Video Umbrella, Changing Places (July 2017 — March 2018) brings together the works of artists connected to Bangladesh, India or Pakistan to consider the relationship between South Asia’s current industrial transformation and British locations linked to the Industrial Revolution. 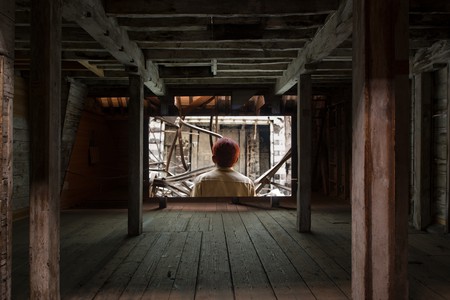 The Art of Reflection at Buckland Abbey, Devon

Renowned contemporary sculptor, Andrew Logan tells the story of Sir Francis Drake’s former home, Buckland Abbey through 18 sculptures. Including a new painted glass and jewel portrait of Drake, the works will be sited throughout the historic abbey and its grounds from July 1 until February 2018. 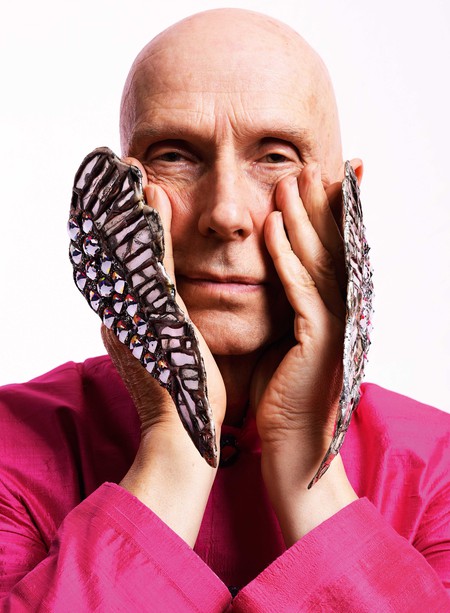 The Makers at Felbrigg, Norfolk

Inspired by Felbrigg Hall in Norfolk, filmmaker Florence Kennard, sculptor Alida Sayer and woodcarver Alec Stevens have each made work that responds to the building’s rich history of commissioning artists and craftspeople. With their behind-the-scenes access, the artists have each explored the theme of craftsmanship, revealing hidden stories and creating new perspectives for a truly insightful experience of Felbrigg. 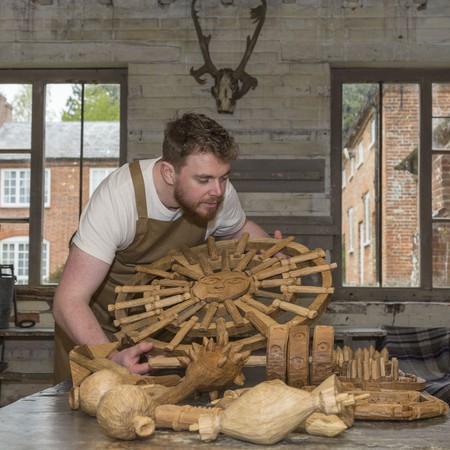 The Jurors at Runnymede, Surrey

The stunning landscape of Runnymede is currently home to 12 bronze chairs by Hew Locke. Commissioned to mark the 800th anniversary of the sealing of the Magna Carta at Runnymede, The Jurors invites visitors to contemplate the meaning of justice, the history of law making and societal structures. Each chair features different intricate designs and symbols that represent the struggle for freedom and equality, and consider the meaning of justice. 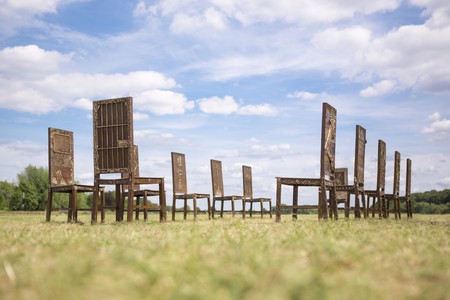 To discover more about the Trust New Art scheme, visit the website.

Want to see more art outdoors? Enjoy Art in London this Summer with ‘Sculpture in the City’