England’s Best Beach Towns to Head to This Summer 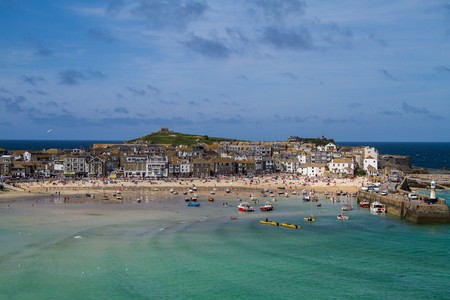 Believe it or not, England does get sunny, warm weather – sometimes. It’s time to pack away that flimsy garden pool and head in search of sand and sea at the country’s best beach towns!

Famed for its award-winning beaches and iconic location, Ilfracombe is proudly one of England’s finest beach towns. As soon as the sun breaks through those pesky clouds, visitors from far and wide flock here in search of beautiful beaches, secluded coves, rock pools and crashing waves perfect for surfing. It’s difficult to choose a standout part of this stunning retreat, but perhaps Ilfracombe’s centrepiece is its Tunnels Beaches, a collection of hand-carved tunnels that lead to sheltered beaches and a well-kept, Victorian-era bathing pool. 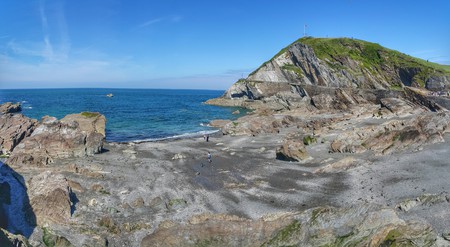 Regularly referred to as Britain’s ‘most beautiful seaside town’, Deal lies just eight miles (12.8 kilometres) north-east of Dover and offers so much more than just a coastline. This well-loved, old-fashioned coastal town is home to stretches of shingle, captivating castles, craggy cottages and a prominent pier. As Deal is truly a fisherman’s town, expect some of the freshest fish you’re likely to get on the south-east coast. On a clear day, you can even see France! 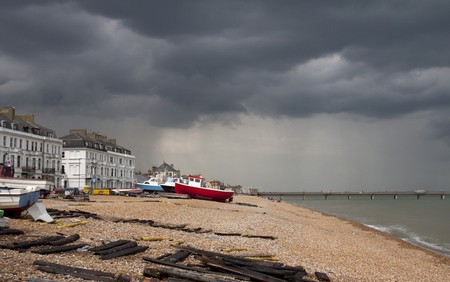 Well, what can we say about Newquay? Thrillseekers, foodies and festival-goers love it here; this part of Cornwall is rather special. From the fantastic Fistral Beach, a hotspot for some of the best surfers in Europe, to the Blue Reef Aquarium, complete with an underwater tunnel, there’s something for all ages here. But at the end of the day, we love sitting with some fish and chips on the Harbour, watching the day go by. Top tip: Head here in August for Boardmasters Festival, which brings some of the biggest names in music to Newquay. 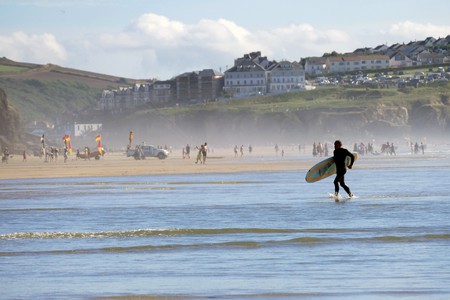 If you’re looking for a British seaside town with Blue Flag beaches and picturesque scenery, then Whitby is for you. Towering over this quintessentially English coastline is Whitby Abbey, a 7th-century Christian monastery with its remains standing proudly atop the cliff. While Whitby may not be your traditional seaside town, stroll around its cobbled streets, and you’ll stumble upon a destination full of excitement, heritage and, of course, award-winning beaches. Top tip: Head to the Whalebone Arch and go vessel spotting. 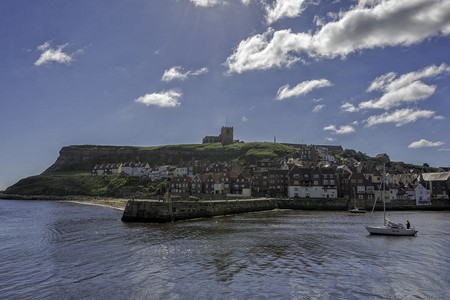 Margate has everything an English beach town should have, including dramatic coastlines, 2p slot machines, and even a vintage, 50s-style theme park! You see, in Margate, it’s all very retro chic – so much so that kitsch is deemed cool. Follow the cobbled streets to Margate’s Old Town for a number of hip vintage shops, indie cafés and boutiques. And for art fans, Turner Contemporary is a must-see. Much like East London, Margate is a hipster haven. 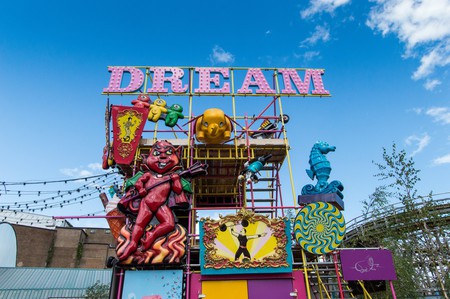 One of the most popular beach towns in England, St Ives was voted one of TripAdvisor’s ‘top 10 beaches in Europe’ – and with good reason too. This surfing haven, with beaches like Porthmeor, is perfect for those looking to ride the waves, while its very own Tate is well worth a few hours of your time. Just a short walk from the Tate is St Ives Bay, with its turquoise waters arguably the cleanest in the country. Top tip: For great views of St Ives, visit the headland at the side of the Bay.

Hunstanton is a unique beast; it’s the only west-facing town on the east coast, meaning that the sun can be seen setting over the sea. Famed for its striped cliffs and spectacular sunsets, this Victorian-era resort is Norfolk’s gem. Perfect for a family adventure, Hunstanton has a beautiful beach, a collection of rock pools to explore, plentiful tranquil gardens, horticultural trails and its own lighthouse. Strangely (for England anyway), due to Hunstanton’s (or ‘Hunny’ to the locals) west-facing location, sunshine is almost guaranteed – kind of. 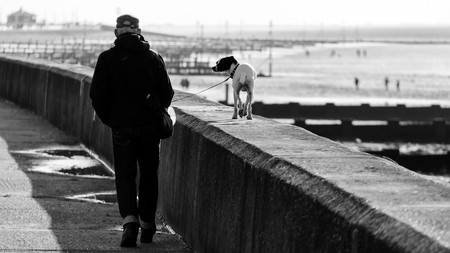 Most famous for its imposing Castle atop a 180-foot (54.8-metre) volcanic outcrop, Bamburgh is one of the north-east’s most popular beach towns. No trip to Bamburgh would be complete without climbing, or clambering, to the summit of the Castle for fantastic views of the surrounding coast and countryside. Don’t forget to take a boat trip out to the iconic Farne Islands too, where around 150,000 pairs of puffins migrate for the summer months. 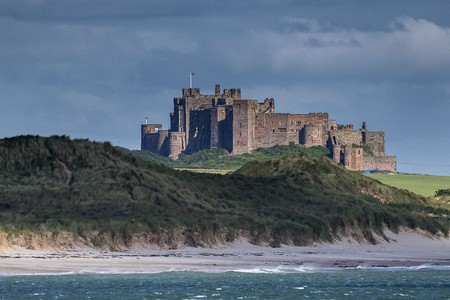