'Enduring Architecture for Everyone': Edwin Heathcoate on the British Seaside Shelter 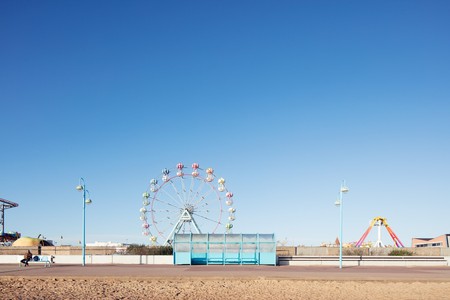 The ubiquitous seaside shelter is a testament to the UK’s love affair with seaside holidays – a quintessentially British past time that typically involves eating fish and chips while enduring the country’s notorious inclement weather. Acclaimed photographer and filmmaker Will Scott has captured these “nostalgia pods” from a bygone era in his new book Seaside Shelters, accompanied by an illuminating essay from architecture critic Edwin Heathcote on what makes these very British structures such an intrinsic part of the country’s heritage.

There is nothing, quite possibly, more British than the seaside shelter: the sense it embodies of a struggle against the elements; the loneliness of a small structure outlined against the vast horizon of the sea on a rainy day; the optimism of a day out at the seaside despite the weather; the municipal sense of a public good which is now mostly a memory. These small, intimate, curious works of micro-architecture are simultaneously reminders of a very particular world-view, nostalgia pods and wonderfully public places, perhaps the last architecture owned by us and open to all at any time of the day or the year. 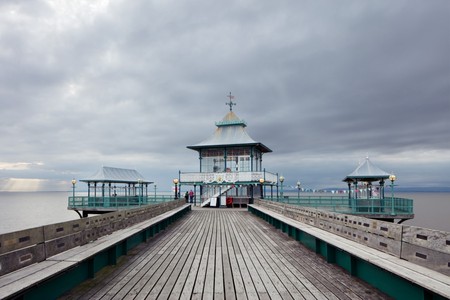 The seaside shelter is part of a remarkable explosion of new architectural typologies that arrived in the Victorian era. It is a product of the railway age, which made cheap travel possible for the masses, and heralded the dawn of mass tourism. For the first time the urban working classes were able, through increases in their leisure time and improvements in working conditions, to take a day, weekend or even a week off to travel to the nearest seaside resort. The central Europeans had their mountain resorts, forests and snowy peaks; the British had Blackpool and Brighton to escape from the polluted smog of the urban industrial miasma, into the fresh salty air. 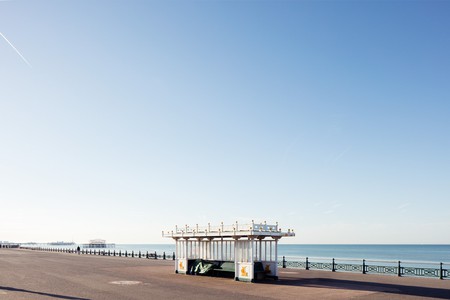 This idea of exposure to the sea air is at the heart of the design of this curious archetype. It is a shelter from the sun, the rain and the worst of the wind but it is simultaneously in the open air. It is an architecture of impotence, exposing its users to the climate, rather than sheltering them from it. It might keep your bag of chips mostly dry or your Flake 99 from blowing away, but the cold still bites through to the bone. There is something bracingly ascetic about the seaside shelter. It is the built expression of a culture that denies itself too much comfort and which, in its way, revels in the misfortunes of its climate. Why else do the British talk so much about weather? 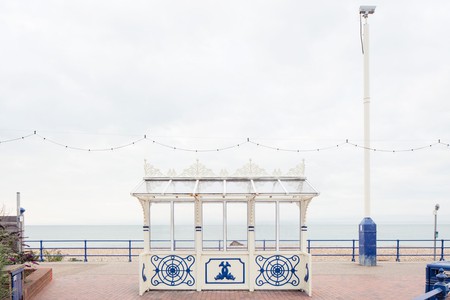 It is a bonding ritual, a communal, almost masochistic pleasure in its exigencies and unpredictability. A statement of intent against the climate, the seaside shelter is the physical embodiment of a resigned acceptance but also of defiance: “The rain may be falling, the wind may be blowing and, in my t-shirt and shorts (or raincoat and headscarf), I may be freezing, but I will enjoy this day out despite everything.” 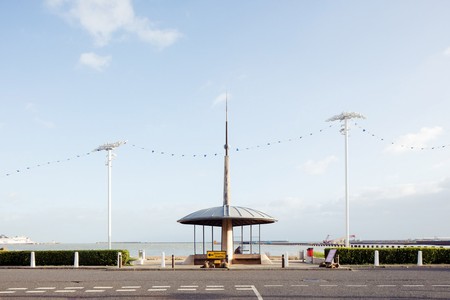 These seaside shelters were part of a continuum of seaside architecture which encompassed winter-gardens, piers, lidos, bandstands, clocktowers and municipal parks and flower displays. The early versions were imbued with a kind of orientalism, a deliberately exotic mode of architectural expression, which was very much intended to suggest that these resorts were something new and distinct from the everyday drudgery of life in the city. 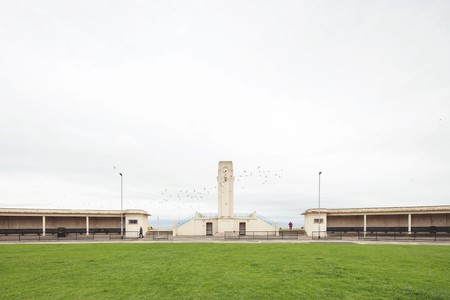 Seaside shelters kept up with construction technology and architectural fashion. The fussy filigree of Victoriana, glass, iron and timber gave way to the sleeker, more streamlined form of modernism. What began as the most delicate of building types was transformed by reinforced concrete into something rather different – an Art Deco expression of an architecture that was shaped by movement. Perhaps taking inspiration more from the trains and ocean liners than the static stations, this new generation of streamlined structures adopted curving corners, aerodynamic profiles and sleek silhouettes. Yet despite the apparent solidity of concrete they managed to remain open, light, accessible and freezing cold in all the right ways. 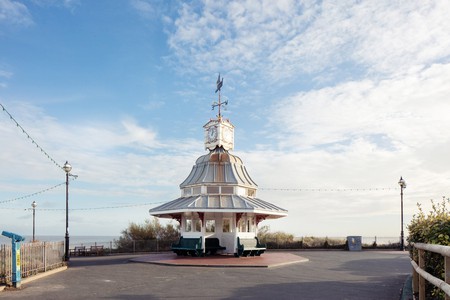 Despite the enforced jollity of the seaside resort, there is, perhaps inevitably, an air of melancholy: which these shelters against the elements do little to dispel. The British seaside has been in a long economic decline but partly that atmosphere is one provoked by the decay of these lovely little structures themselves. The panes of glass are almost always incomplete, smashed, partially or often entirely missing. The iron and paint suffer in the salty sea air, the paint almost inevitably stained and streaked with rust, the concrete corroded to reveal rusting rebars and a memento mori, a reminder that all things pass and, in the expression of the optimism of a thriving seaside tourist culture, a memorial to how fast fashion changes; but perhaps there is something beyond the immediate physicality of decay. 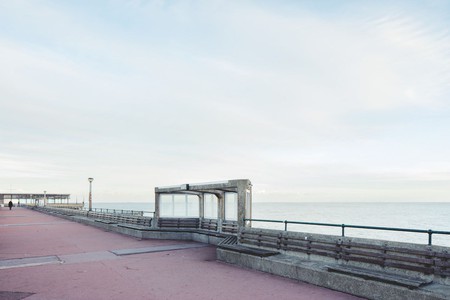 As an architecture, the seaside shelter lasted less than a century. From late Victorian to just post-war, it was an architecture of municipal generosity and pride, an attempt to create an identity for the promenade and a genuinely democratic space for all to enjoy. They date from an era of pride and inter-city competition which now seems almost impossibly remote. Not entirely of the past however, some resorts are still trying their hand. The occasional contemporary shelter proves the enduring appeal of the archetype and some are better than others but there is often something too self-consciously expressive about them. Our age has too much of an urge to stamp its distinctive mark, yet their anonymity was always a part of their appeal – the historic shelters were relatively generic buildings designed by borough engineers, yet they have lasted. 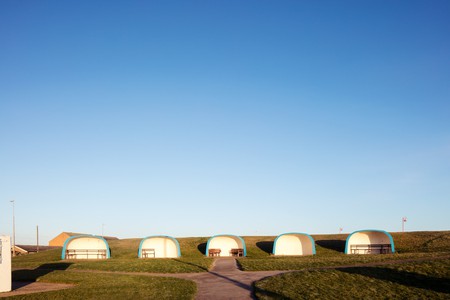 One of the few examples of an arena in which the British succeeded in creating an enduring architecture for everyone: young and old, homeless, left-alone, cantankerous or drunk. Seaside shelters have no doors, no opening times, no profit motive and no real defined purpose. They are just there. They are, perhaps, paradoxically, among the saddest and the most joyous, the smallest and the biggest hearted buildings ever built. They will surely outlast us all, still shabby, still slightly funny, still decaying. Will Scott’s gorgeous but utterly unflattering photos capture the mix of the sweet and the sour, like vinegary chips and candy floss, perfectly. 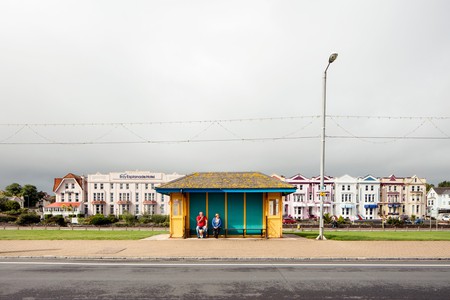 This is an edited extract from ‘Seaside Shelters: the Hut and the Horizon’ by Edwin Heathcote, featured in Seaside Shelters by Will Scott. The book is available from HENI Publishing; an accompanying exhibition of Will Scott’s photographs will be on show at the HENI Gallery in London, which runs until 19 August 2018.